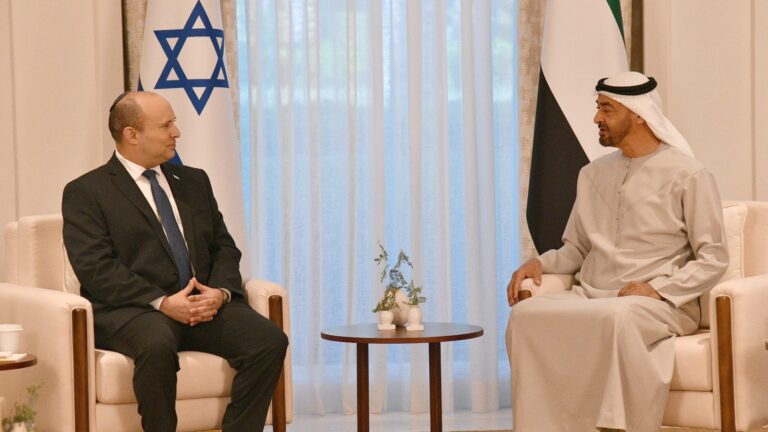 Israeli Prime Minister Naftali Bennett is in the United Arab Emirates on the first official visit of an Israeli leader to the Gulf state.

Although the historic Abraham Accords were signed between Israel and the UAE under the watch of former Israeli Prime Minister Benjamin Netanyahu last year, Netanyahu never made it there for an official visit due to the pandemic and other complications.

According to the Israeli Government Press Office, Bennett and MBZ discussed deepening the ties between Israel and the UAE, especially economic and regional issues that can strengthen both countries’ prosperity, welfare and stability.

Bennett told Emirati state media WAM that Israelis and Emiratis enjoy a natural partnership and friendship because “are neighbors and cousins. We are the grandchildren of Prophet Abraham.”

Observers from The Netherlands, Italy and France watched as the Israeli and Emirati first responders went through the drill twice – once for each team – to learn protocols from one another in dealing with a traffic accident involving dozens of injured passengers in challenging terrain and weather conditions.

MDA Director General Eli Bin said the joint drill was “a historical event of exchanging knowledge, technologies and experience, with the constant goal of improving our lifesaving abilities.” 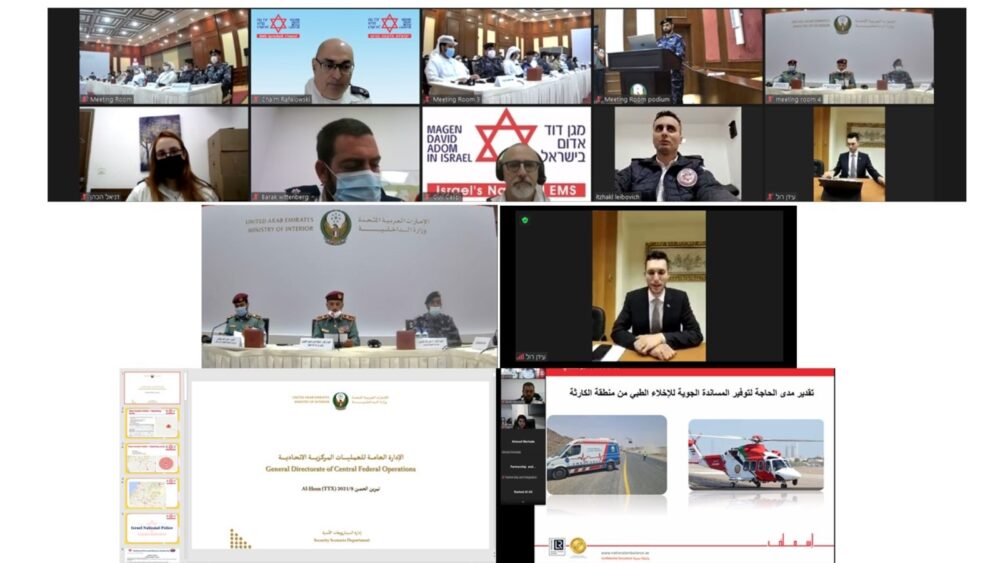 Israeli and Emirati first-responders participating in a joint mass-casualty drill, December 2021. Photo courtesy of MDA
UNCOVER ISRAEL - Get the ISRAEL21c
Weekly Edition free by email
Sign Up Now!
Bring Israel's story to life.
Millions of people around the world rely on us to gain a deeper understanding of Israel. We are the trusted source for original content you won't find anywhere else.
You can make a difference. Donate today to support journalism that brings Israel’s story alive.
SUPPORT ISRAEL21c
Read more on:   News, Abraham Accords, Israel-UAE, Magen David Adom