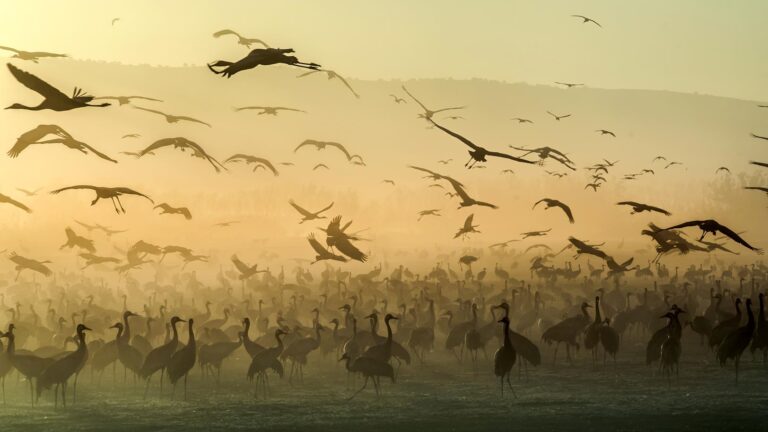 Silhouettes of cranes at sunrise at the Hula Valley nature reserve, Israel. This place is a stopping point for thousands of birds along their migration journey and considered as one of the largest concentrations of cranes in the world. Copyright: Gal Gross, Israel, Commended, Open, Wildlife, 2017 Sony World Photography Awards

Images shot by two Israeli photographers were shortlisted among the top 10 in the 2017 Sony World Photography Awards Open competition, the judges announced on February 28.

Dina Alfasi was shortlisted in the Open Street Photography category and Bar Kaufman in the Open Wildlife category. Their chosen photos will be shown alongside the awards’ other shortlisted and winning images at the Sony World Photography Awards & Martin Parr – 2017 Exhibition in London from April 21 to May 7.

Alfasi, an engineer from Hadera, snapped “Air” with her mobile phone while riding a city bus to work in Haifa.

“There is something about the combination of a slim figure, slightly fragile, his way of seating and the background of sky and white clouds, creating a sense of levitation,” she explained. “I received many comments from people who have written that they are not able to explain exactly what, but there is something magical about this situation.” 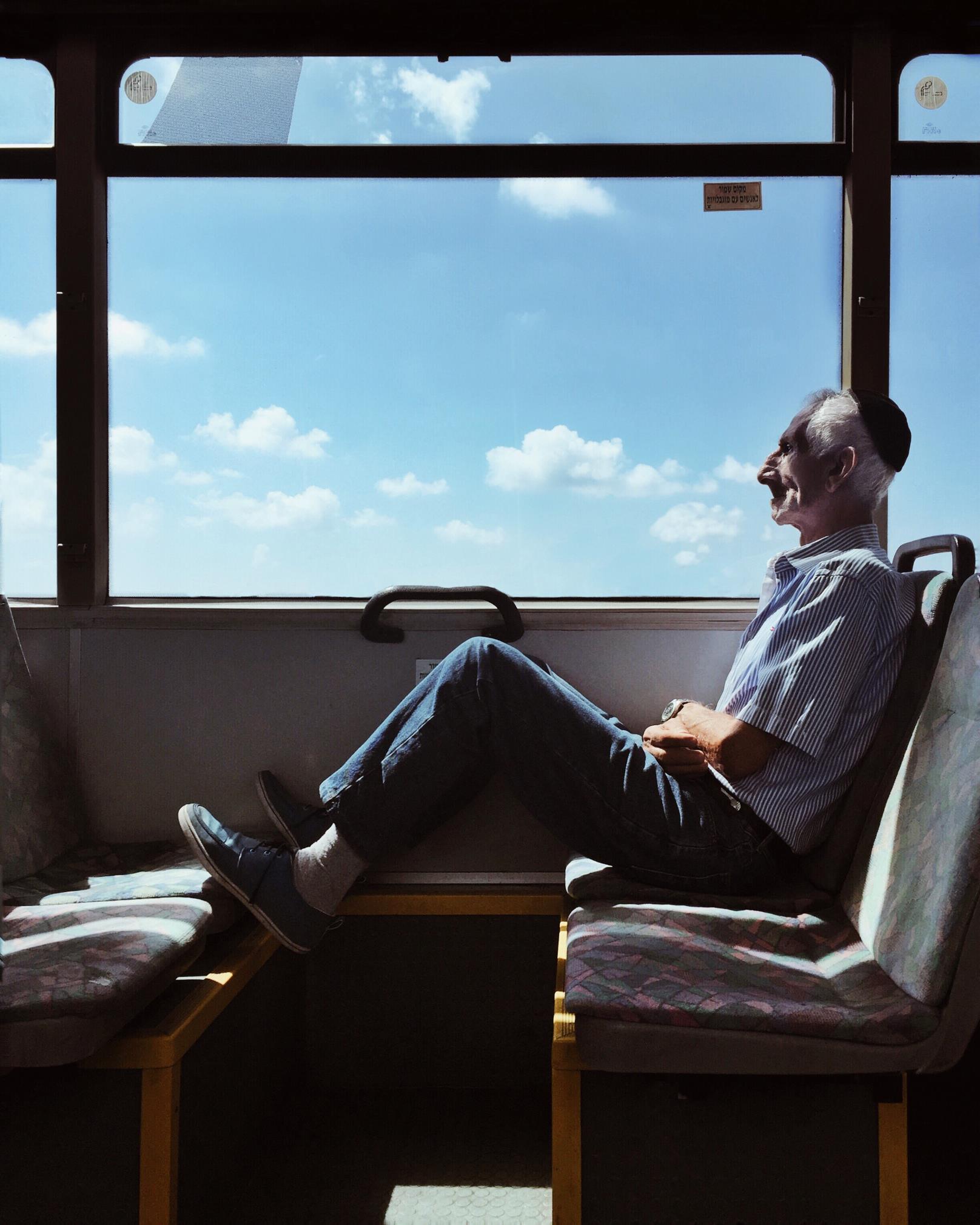 Bar Kaufman’s “Red Heart of Africa” was taken during his travels through Africa.

Kaufman noted of the Gelada baboons he photographed: “At the highlands of Ethiopia, those amazing creatures live. A few days of hiking in the Semien Mountains of Ethiopia takes you to their home. It was on that hike that I taught myself to take pictures with a 24mm lens, and those baboons were the best models. I got in as close as they let me and took this picture. Looks like they’re just sitting there — thinking about life.” 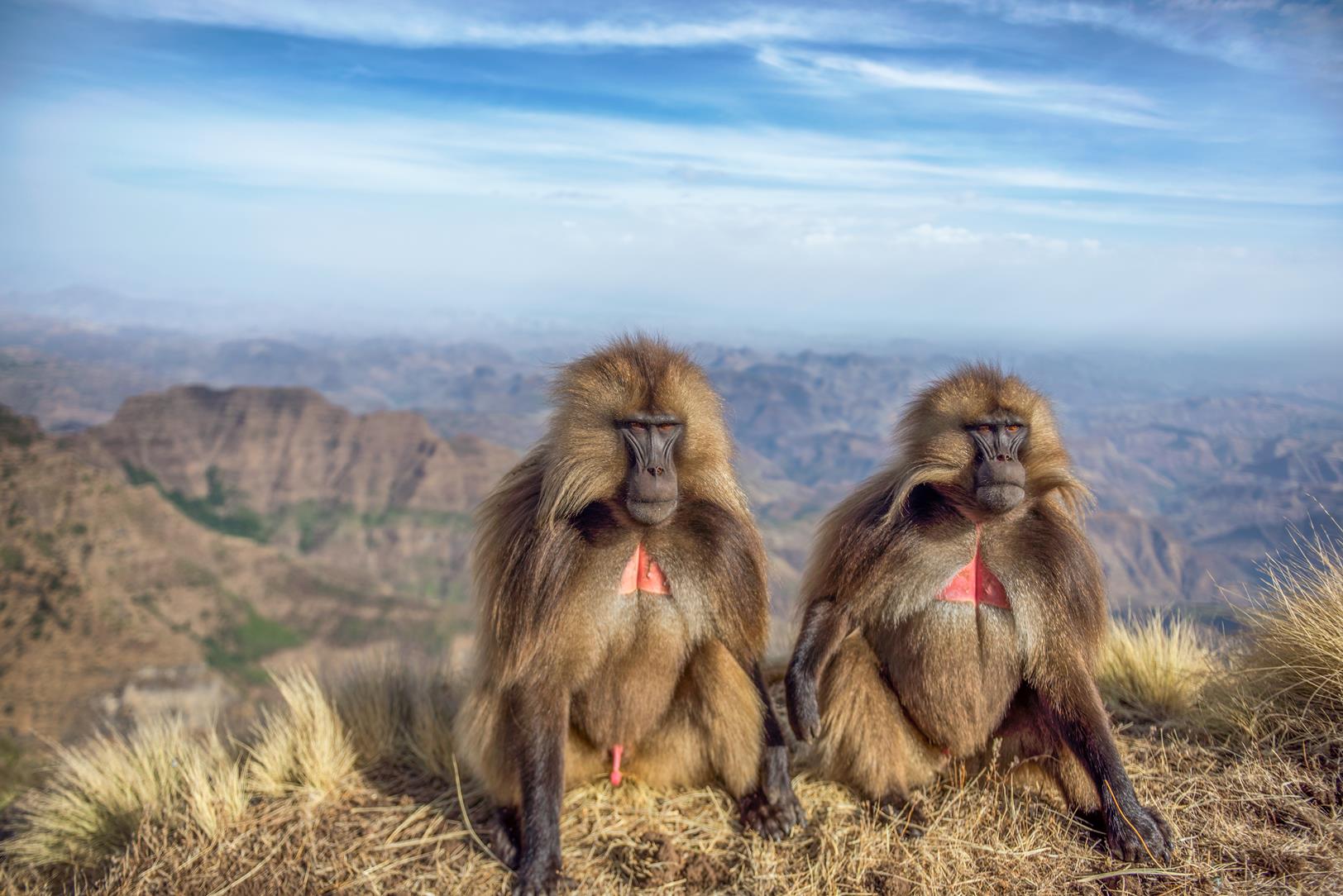 The judges also chose Israeli photographer Gal Gross’ “Silhouette” as one of the top 50 best images in the world in the awards’ Open Wildlife category.

Gross is a lawyer and wildlife, nature and travel photographer from Petah Tikva. Her work was also recognized at the 2015 Sony World Photography Awards in the Open Nature & Wildlife category and since then has gone to exhibit locally and win other competitions.

The shortlisted photographers will now compete to win their categories, to be announced March 28. The overall Open Photographer of the Year title and $5,000 cash prize is to be revealed at an awards ceremony in London on April 20. Prizes include the latest Sony digital imagery equipment and a trip to the London awards ceremony.

More than 227,000 images from 183 countries were submitted to the 2017 Sony World Photography Awards.