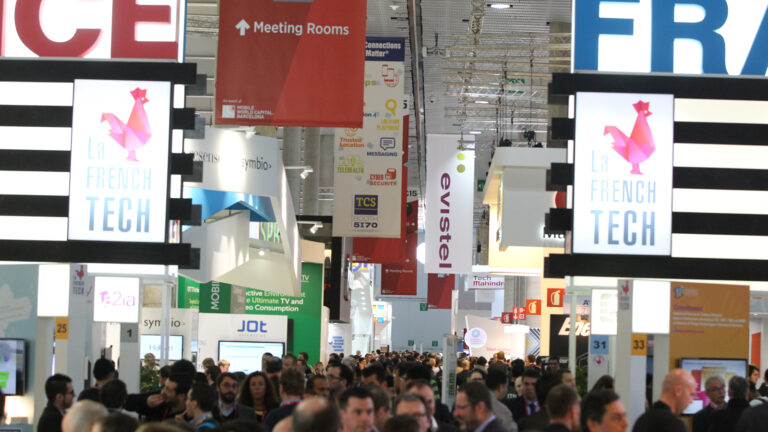 First headlines from the Mobile World Congress 2016, the world’s largest mobile showcase, were all about new smartphones entering the market. But the Barcelona event (Feb. 22-25, 2016) is also a showcase for innovative technologies, mobile products, digital media and new applications. And that’s where the Israeli companies really shine.

More than 140 Israeli companies are taking part in this year’s big event, considered to be the most important get-together in the mobile industry.

The Israel Export Institute is teaming up with the Foreign Trade Administration at the Ministry of Economy and Industry to put together Israel’s national pavilion.

“2016 has gotten off to an excellent start for Israel’s high-tech industry. In just one month, Israeli companies raised about $1.4 billion in investment funds, thereby helping to cement Israel’s position as the startup nation and source of innovation. The Israeli pavilion, featured for the seventh time at the congress, will provide visitors with a glimpse of cutting edge technologies and solutions that Israeli companies are developing and draw many visitors, including the most senior personnel representing leading multinational and international corporations,” said Export Institute Chair Ramzi Gabbay.

“Israeli companies are putting cyber and IOT at center stage and showing solutions for connecting to the Internet and technologies for protecting the web and mobile devices. This year, we’re also seeing an uptick in the number of participating companies presenting fascinating technologies in digital media and contents,” said Gabbay.

Three Israeli companies, which are displaying at the national pavilion, are also taking part in competitions sponsored by the MWC. Anagog, which has developed a technology that identifies the closest parking space and lets the driver know when it becomes available, is competing in the Best Mobile Innovation for Automotive; Magisto, which has developed a technology that automatically makes clips out of stills and videos on mobile devices, is competing in the category of Best Mobile App Media, Film, TV or Video; and HiPark, which developed a sharing platform for automatically analyzing urban information using computerized photo analysis, is competing in the 4 Years From Now—Connecting Startups competition in the IOT category.

“What’s interesting this year is that the profile of visitors is expanding much beyond Europe so that we’re seeing new attachés, including Japan, the Philippines and Thailand, embarking on joint efforts in conjunction with the event. China and India are also becoming more dominant players at the MWC,” said Foreign Trade Administration Executive Director Ohad Cohen.