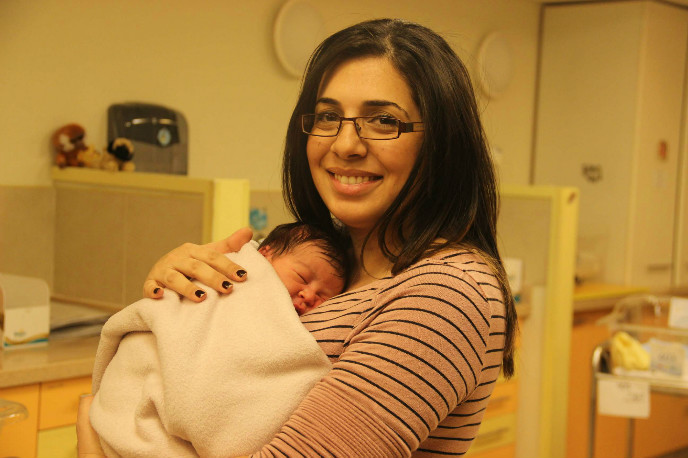 In the dining room of the Ein Kerem Hotel in Jerusalem, overlooking a magnificent panorama of the Judean Hills, guests approach the bountiful Israeli breakfast  laid out elegantly in chafing dishes. The scene seems no different than any other boutique hotel in Israel, except that some of the women at the buffet are wheeling newborns around in bassinets.

Welcome to Hadassah Baby, an unusual hotel within a hotel.

All 28 rooms on the fourth floor of Ein Kerem Hotel are devoted to Hadassah Baby, one of Israel’s four maternity hotels on the premises of medical centers.

Virtually unknown outside of Asia, maternity hotels provide postpartum moms the luxuries of a hotel combined with 24-hour medical care, as well as optional classes on baby care, sleeping and feeding.

“Whether it’s her first or fifth birth, every woman should get attention according to her specific needs,” says Inna Batkilin, a breastfeeding consultant and head nurse of the nursery at Hadassah Baby. “I wouldn’t call it pampering, but a ‘must.’ Some women come here just for the quiet; others come to have a place to talk about their birth experience with other new mothers. And everyone can learn something new in the workshops.” 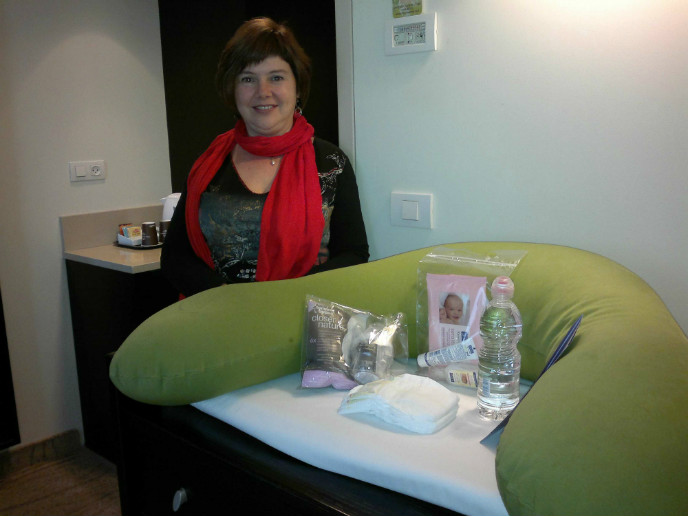 Spouses may join their wives or stay home with older siblings, as they wish. Moms can choose to put their baby in the care of the hotel’s newborn nursery for all or part of the time.

It was in the nursery of Hadassah Baby that ISRAEL21c met Miri Hillel, whose yet-unnamed daughter was asleep in a bassinet alongside a dozen other infants including a set of twins. She’d booked two nights here when her son was born 20 months earlier.

“I heard a lot of good things about the hotel from my friends and family, and it seems very natural to come right after being in the hospital, to get to know the baby a little better away from home and the usual routine, in a very relaxed environment,” Hillel says.

Her husband encouraged her to recuperate at Hadassah Baby for a night or two while he cares for their son at home in the Jerusalem suburb of Mevasseret Zion.

“My favorite thing is that it gives you everything the hospital gives you, but you feel completely different because it’s a hotel and everything is much more relaxed and quiet,” says Hillel. “You can concentrate on your baby, take some lessons and gain confidence.”

The concept of a rest home for postpartum mothers is common in Israeli and diaspora ultra-Orthodox (Haredi) communities, where women tend to have many children in fast succession. However, these facilities do not accommodate fathers and are not associated with hospitals.

Taking a cue from these institutions and from standalone maternity hotels popular in Far East countries such as China, Israeli hospitals saw an opportunity to broaden the scope.

The first such venture, Sheba Baby, opened about 15 years ago on the first floor of the obstetrics department at Chaim Sheba Medical Center in Tel Hashomer.

Baby Lis, adjacent to the maternity ward at Lis Hospital in Tel Aviv Medical Center, opened in April 2005 under the ownership of the nearby Vital Tel Aviv boutique business hotel. 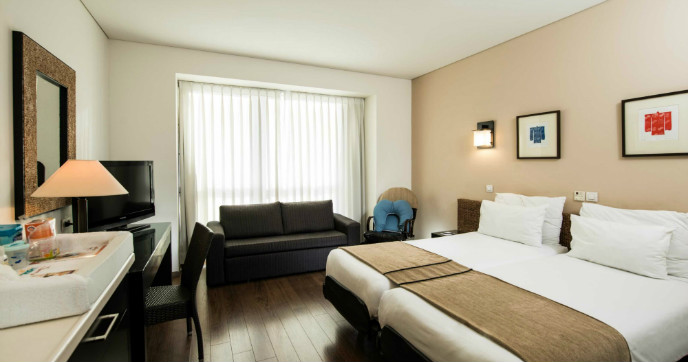 A room at Baby Lis; notice the nursing pillow on the rocking chair.

Hadassah Baby was created at Hotel Ein Kerem in 2007, followed by Baby Assaf at Assaf Harofeh Medical Center in Tzrifin about two years ago.

Each of the government’s four health-maintenance organizations covers some of the cost of a maternity hotel for enrollees.

Hadassah Baby is the only one outside the Tel Aviv area, and accepts moms who delivered at any hospital. Women have booked a room here after giving birth at Ziv Medical Center in Safed up north, Yoseftal Medical Center down south in Eilat and everywhere in between.

For maternity patients at Hadassah’s two Jerusalem hospitals, the first night is free. Women can check in up to a month after delivery, a unique option frequently exercised by moms needing baby-care help and rest following a boy’s circumcision at eight days old.

COO Hagit Yekutieli tells ISRAEL21c that because Hadassah Baby maintains a high standard of kashrut, it is especially popular with religious women but she is actively marketing the maternity hotel across the board.

“I want to bring more new mothers from the national-religious [modern Orthodox] and secular sectors,” she says, adding that the maternity hotel provides a rare opportunity for religious and secular Israeli moms to get acquainted. 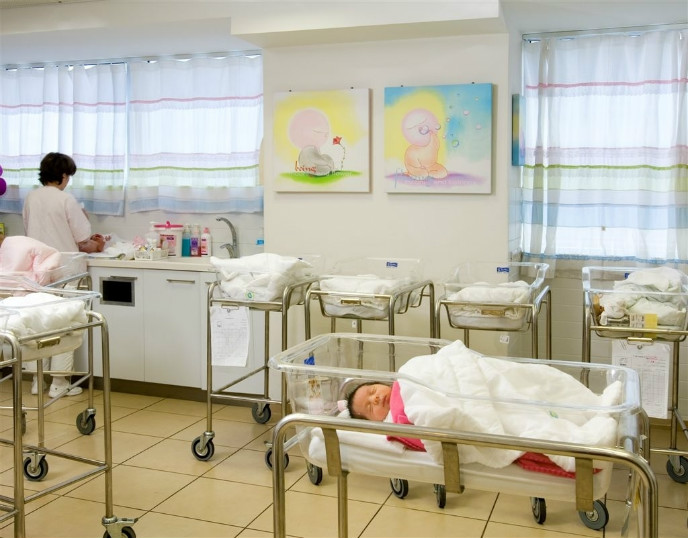 Inside the Baby Lis nursery.

Ein Kerem Hotel and Hadassah Baby CEO Michael Wiesel tells ISRAEL21c that running a hotel for a wide variety of “regular” guests and new mothers is a bit complex. Apart from the dining area, the two populations do not mingle.

“We have holiday and business tourists, Christian pilgrims, medical tourists, family members of Hadassah patients, and extended Israeli families celebrating a family occasion such as a bar mitzvah. I have to make sure all the services are first class, from the food to the lodgings. I want all our guests to feel they are the most important.”

Natalie Hurvits, joint general manager of Vital Tel Aviv and Baby Lis, tells ISRAEL21c that the 22-room Baby Lis is “a five-star boutique hotel designed to provide the best atmosphere for a quick and easy recovery so essential for mothers after birth.”

There’s a choice of private rooms, mini-suites or luxury suite. Women who deliver at Lis may start their minimum two-night stay at Baby Lis 12 hours after a regular birth and 24 hours after a Caesarean. 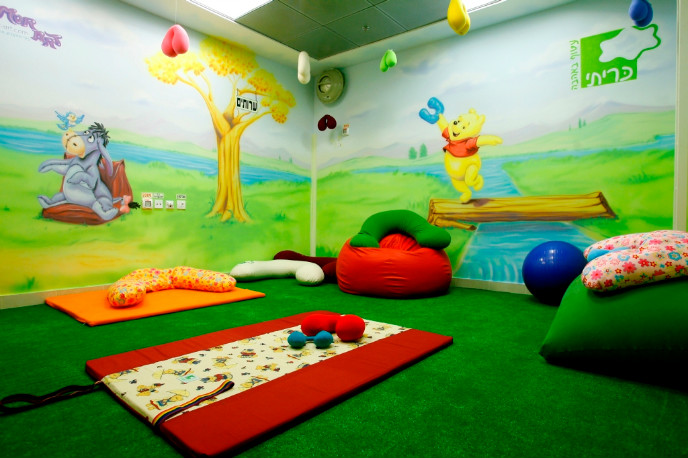 Hadassah Baby workshops in baby massage and baby yoga, breastfeeding and other topics take place in this room.

Hurvits reports that Vital has received “lots of inquiries from local hospitals as well as from hospitals abroad” about opening another maternity hotel but has decided against expanding.

Wiesel says executives from a US hospital came to tour Hadassah Baby a few years ago, and two additional Israeli hospitals may soon launch maternity hotels based on the Hadassah model. He is surprised there isn’t more interest from the Western world.

“It is a splendid concept, and I’m not sure why it is not popular in other places,” he says. “It would be a pleasure to show others what we are doing.”

UNCOVER ISRAEL - Get the ISRAEL21c
Weekly Edition free by email
Sign Up Now!
Bring Israel's story to life.
Millions of people around the world rely on us to gain a deeper understanding of Israel. We are the trusted source for original content you won't find anywhere else.
You can make a difference. Donate today to support journalism that brings Israel’s story alive.
SUPPORT ISRAEL21c
Read more on:   Health, Culture, babies, Places to stay in Israel