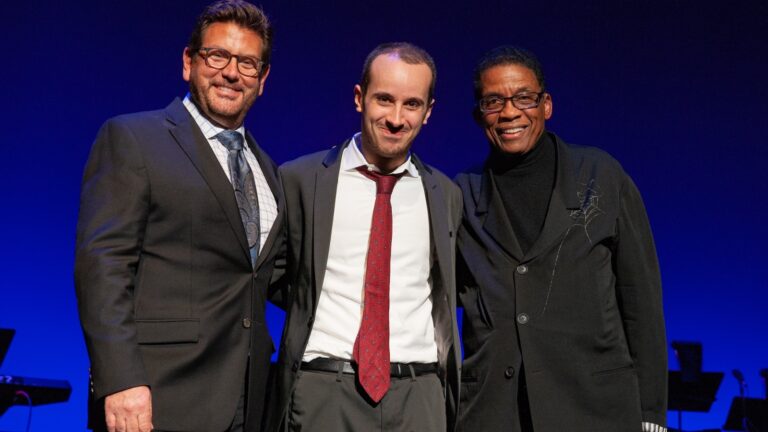 Israeli jazz musician Tom Oren, 24, was selected as the first-place winner of the 2018 Thelonious Monk Institute of Jazz International Piano Competition last month at the Kennedy Center in Washington, DC.

Oren performed “Just One Of Those Things” and “Just As Though You Were Here” at the December 3 event. He was among 13 outstanding young pianists from around the world who competed a day earlier in the semifinals at the National Museum of Natural History’s Baird Auditorium.

At the end of the competition and All-Star Gala Concert, the Tel Aviv native joined a host of jazz greats onstage to perform the Miles Davis tune “Walkin’” for the enthusiastic audience.

Presented by the Thelonious Monk Institute of Jazz, Oren’s award included a $25,000 scholarship and a guaranteed recording contract with Concord Music Group.

Oren was trained in Israeli institutions including the Thelma Yellin Academy of Fine Arts, Arison Campus of the Arts, Israeli Conservatory of Music and Rimon School of Jazz and Contemporary Music. He then won a full scholarship to the renowned Berklee College of Music in Boston. During his military service as an outstanding musician, he was pianist and arranger for the Air Force Band. Today he tours with the Eli Degibri Quartet.

In 2014, Oren won the first prize in the annual Jazz Musician Contest at Rimon, giving him the opportunity to represent Israel in the 24th annual International Association of Schools of Jazz (IASJ) meeting. He was awarded an America-Israel Cultural Foundation Scholarship in the years 2012-2017.

UNCOVER ISRAEL - Get the ISRAEL21c
Weekly Edition free by email
Sign Up Now!
Bring Israel's story to life.
Millions of people around the world rely on us to gain a deeper understanding of Israel. We are the trusted source for original content you won't find anywhere else.
You can make a difference. Donate today to support journalism that brings Israel’s story alive.
SUPPORT ISRAEL21c
Read more on:   News, Israeli musicians