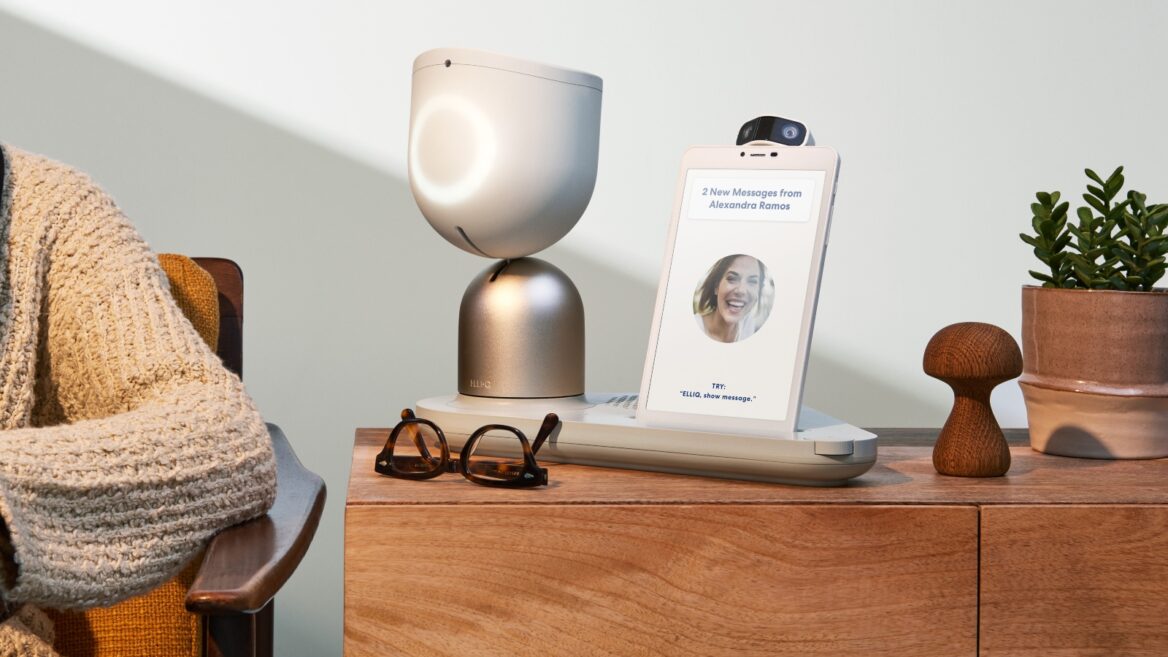 As Israelis finally remove their masks amid reduced rates of Covid-19, an already existing “epidemic of loneliness” is also being unmasked — notably featured recently as a public health crisis in The New York Times.

Prof. Jonathan Huppert of the department of psychology at the Hebrew University of Jerusalem told ISRAEL21c that the coronavirus pandemic “exacerbated” the problem, pointing to adolescents and the elderly as two groups that likely suffer the most from loneliness.

Israeli startups are involved as well, attempting to answer the question: Can technology make people more connected in an increasingly isolated world? 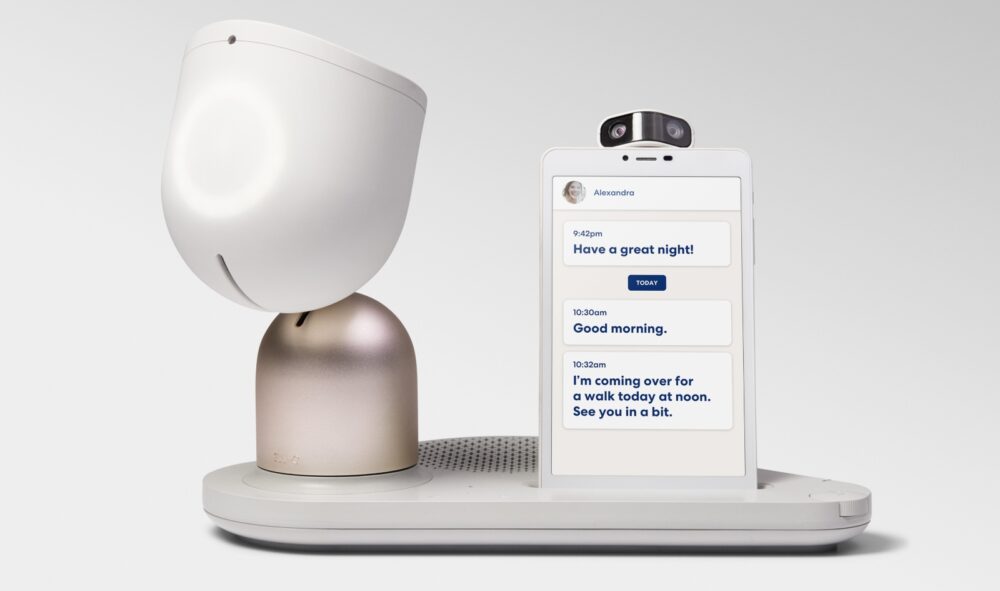 Among ElliQ’s other functions, it keeps elders company. Photo courtesy of Intuition Robotics

The company was founded in 2016, raising $58 million to date from global investors including Toyota AI Ventures, SPARX Group and OurCrowd.

Intuition Robotics CEO and cofounder Dor Skuler says that ElliQ is a response to immense changes in modern society that have led to more isolation and loneliness in older adults who are living longer but also farther from their families.

Technology is playing a bigger role in the daily activities of seniors, Skuler explains.

“Our company was created with the premise that an AI which is built for older adults, which is delightful, which is proactive, which is empathetic and builds a relationship with the older adult, will be in a great position to help with the different tasks that are needed throughout the day,” Skuler tells ISRAEL21c.

ElliQ retails for $30 a month plus an initiation fee and is available for older adults in the United States. Users interact with the robot 20 times a day for an average of 20 minutes a day.

ElliQ is not just an emotional companion. It assists with managing the health and wellbeing of seniors — 80 percent of older adults in the United States have at least one chronic condition and 65% have two or more chronic illnesses to manage.

Intuition Robotics has partnered with the Mayo Clinic to provide accurate health information, SilverSneakers for physical exercise tailored to older adults and Uber to assist with rides.

According to Skuler, initial customers involved in beta testing said that ElliQ was particularly beneficial during the Covid pandemic.

“They went out of their way when Covid hit to tell us, ‘Listen, with ElliQ we didn’t feel so alone. We felt like there is a roommate living with us. We felt like somebody cares, somebody is taking an interest,’” Skuler said.

Research has shown that pets reduce loneliness. Israeli startup The Digital Pets Company is applying this to the virtual world.

The venture was established in July 2021 and has raised pre-seed funding from Outlier Ventures, Hawk Digital, MaxStealth and the angel investor/serial entrepreneur Rafi Gidron.

Following an online demo with the digital dog Laika, named after the first dog in space, in April the company launched its AI-driven 3D digital dogs, secured as NFTs (non-fungible tokens). 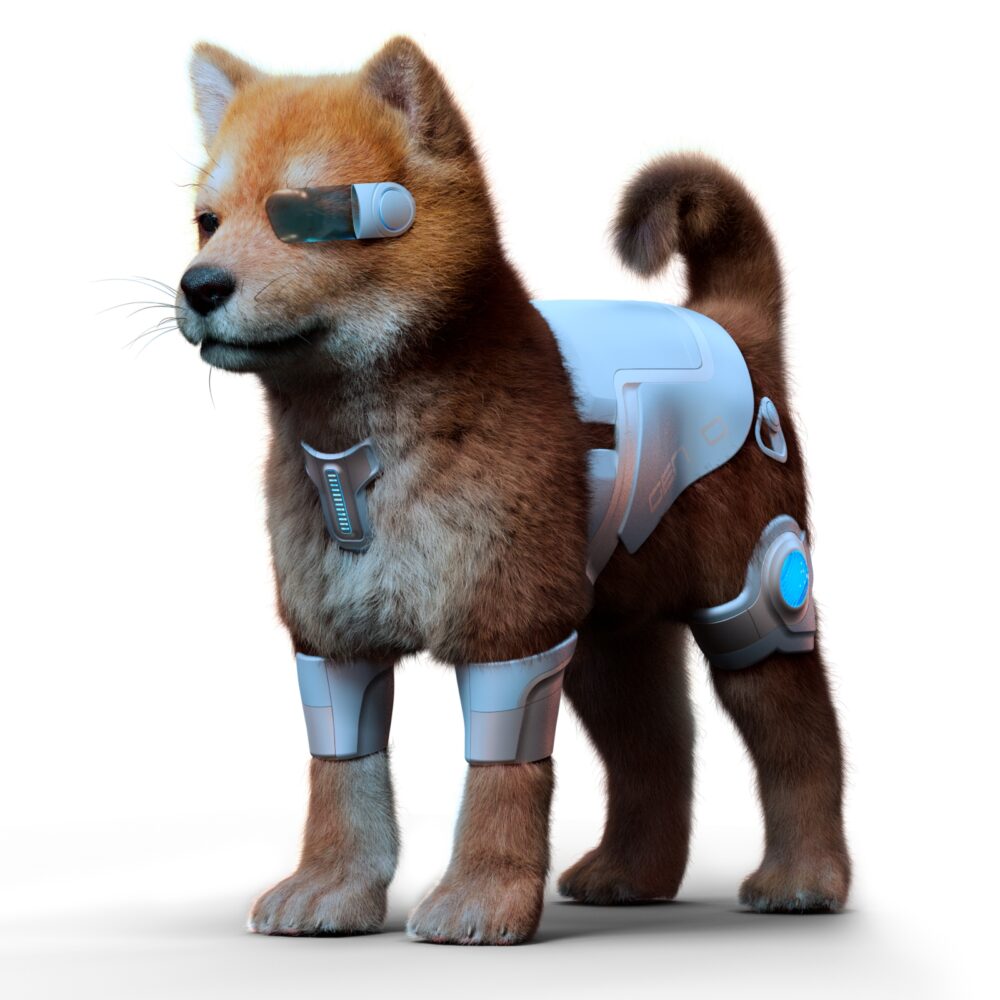 Cofounder and CEO Itay Hasid, 34, tells ISRAEL21c that the inspiration for Digital Dogs partly came from the difficulty he and cofounders Maciej Miarecki and Amit Yogev had connecting with other people in the metaverse – a visual 3D network focused on social interactions.

“We said, ‘Okay, maybe with dogs we can build something that will make these environments more social, more engaging.’ Not because we are aiming for you to fall in love with an AI so it will be your best friend, but because we believe that if you have an AI dog and I have an AI dog, these two dogs can result in a meeting between two people,” Hasid said.

The entrepreneur emphasized that the primary goal is for the digital dog to facilitate connections with real people in the 3D environment.

For example, you can bring your digital dog with you to a virtual meeting using VR headsets as an icebreaker.

The dogs are hyper-realistic and can be trained with commands such as “sit, roll over, good dog, bad dog.” 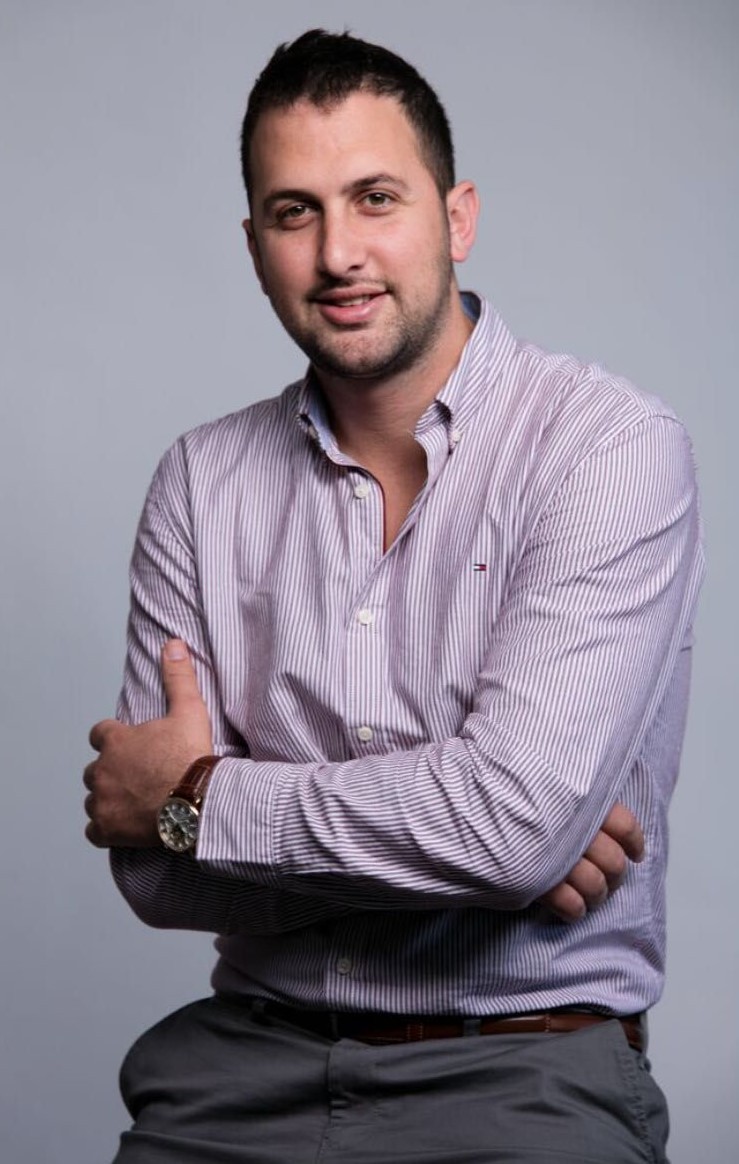 The company is using blockchain technology for proof of ownership of the dogs, which can make “puppies” to increase the population of dogs on the blockchain.

Hasid agrees with the assessment that technology can increase loneliness but can also connect people, depending on how it is used.

“Technology definitely can connect people from different parts of the world. There is no geographic limit,” Hasid said.

“It also has some problems, which is where we come from. We want to build another technological tool to make these places even more connected and less lonely.”

UNCOVER ISRAEL - Get the ISRAEL21c
Weekly Edition free by email
Sign Up Now!
Bring Israel's story to life.
Millions of people around the world rely on us to gain a deeper understanding of Israel. We are the trusted source for original content you won't find anywhere else.
You can make a difference. Donate today to support journalism that brings Israel’s story alive.
SUPPORT ISRAEL21c
Read more on:   Technology, Health, Mental Health, COVID-19, loneliness,, Intuition Robotics, The Digital Pets Company