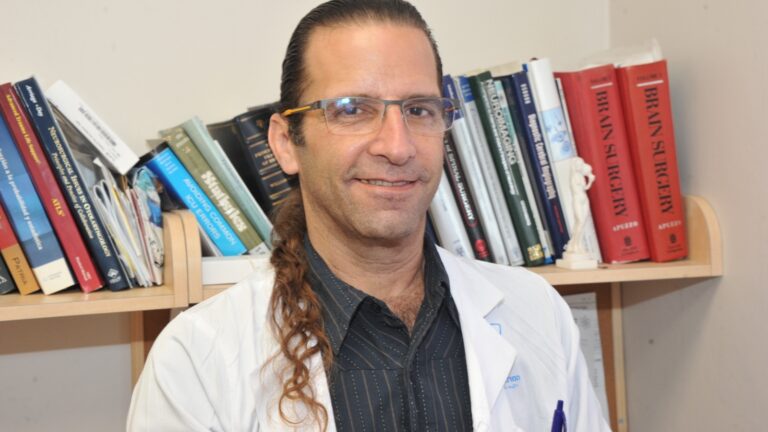 Mexican magazine Lideres (Leaders) has named Dr. Samuel Tobias, a senior neurosurgeon at Galilee Medical Center in Nahariya, among 101 Mexicans with significant influential achievements in countries outside their native country.

Tobias, 55, was chosen in recognition of his medical care for hundreds of Syrian civil war casualties from 2013 through 2018, in a comprehensive humanitarian effort at Galilee Medical Center.

A native of Mexico City, Tobias immigrated to Israel in 2011 with his family from Cleveland, where was chief of the neurosurgery at Huron Hospital and then did a skull base tumors sub-specialty at the Cleveland Clinic.

In 1997, he did a fellowship in skull base surgery at Hadassah University Hospital – Ein Kerem in Jerusalem, and was then a staff member in the department for three years.

In March 2013, Tobias helped establish a new department of neurosurgery at Galilee Medical Center, the only one in the Galilee region. For the past seven years, he has served as a senior physician with an emphasis on treating skull base tumors, pediatric neurosurgery, spine surgery and neurotrauma.

Some of the other names on the list are award-winning producer, director, screenwriter, and filmmaker Guillermo del Toro; Director of the United States National Institute on Drug Abuse Dr. Nora D. Volkow; and Dr. Alfredo Quinones-Hinojosa of the Mayo Clinic.

“I was surprised and proud when I heard that I was included in the Lideres list,” said Tobias. “Essentially, I am a humble person who shies away from the spotlight. What matters most to me is putting the patient at the center of care. It is meaningful and a great source of pride to me to help save human lives. The humanitarian care provided to approximately 3,000 Syrians casualties, including men, women and children, at Galilee Medical Center over a five-and-a-half-year period is the shared achievement of everyone at the hospital.”