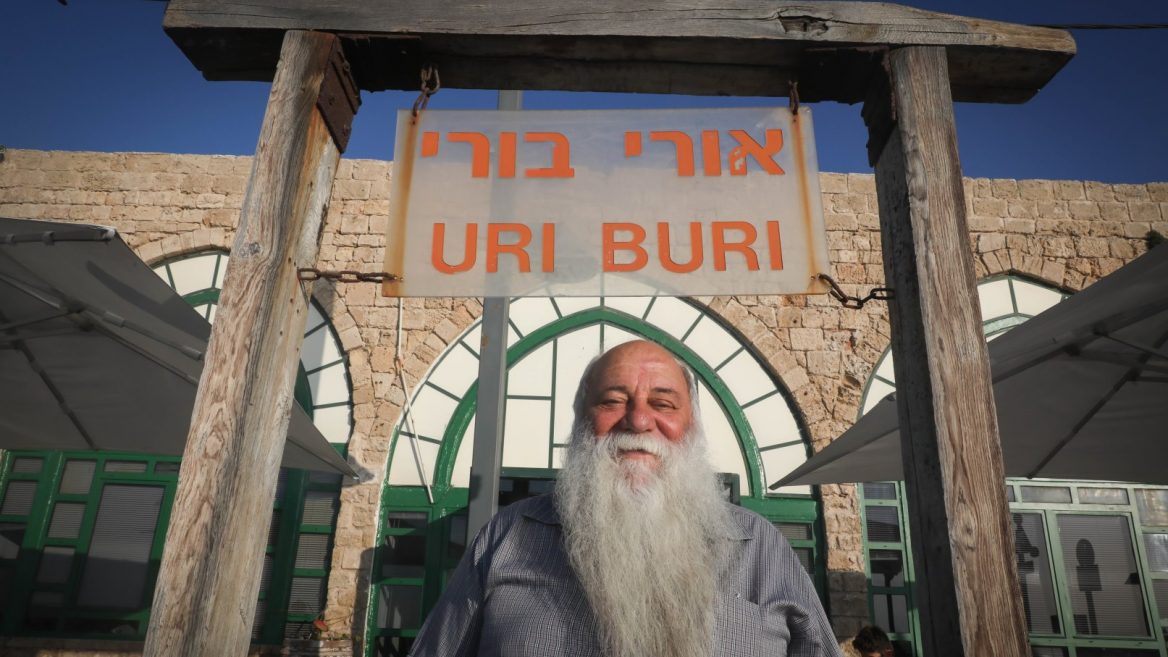 Word of the fire reached Uri Jeremias at his world-renowned Uri Buri restaurant on May 11: Arab rioters had thrown a Molotov cocktail at his award-winning Efendi Hotel nearby.

His two businesses, situated in restored ancient buildings, are proud symbols of coexistence in the evenly Arab and Jewish northwest coastal city of Acre (Akko).

What were his first thoughts when he heard his hotel had been attacked?

He raced to the Efendi and worked with the staff and Arab neighbors to evacuate guests. The 12-room boutique hotel was full that day.

One Efendi guest — Israel Prize winner Avi Har-Even, 84, a former leader of Israel’s space program – was hospitalized in serious condition from smoke inhalation. Another was lightly injured. The others were relocated to a hotel in nearby Nahariya.

Jeremias was told that his wife and daughter had barricaded themselves in a restroom and were now at the police station. Before he could get there, he heard that Uri Buri was burning as well.

“I ran there and saw I could save a little bit of it with the help of my Arab neighbors. We brought water hoses and stood there [spraying] for about an hour and a half because the fire brigade did not arrive. In the end, I managed to extinguish the fire and then went to the police station.” 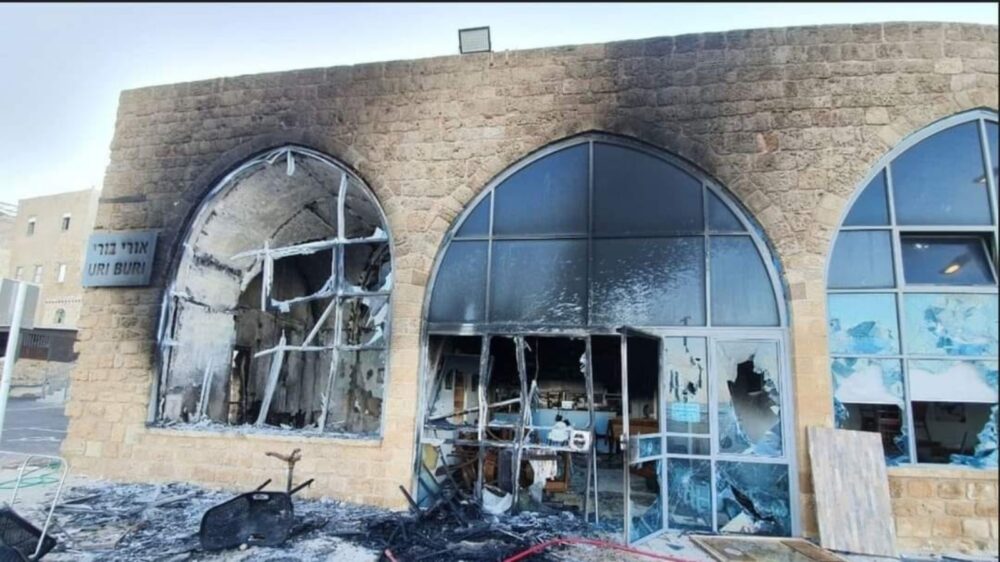 Uri Buri restaurant in Acre, destroyed in Arab riots on May 11, 2021. Photo: screenshot

The following day, shortly after midnight, the Arabesque boutique hotel and artists retreat – a three-minute walk from the Efendi – was destroyed by a violent mob despite the efforts of Arab neighbors to save it. Owner Evan Fallenberg wrote in a blog post that he “sat shiva” for his hotel, a reference to the Jewish mourning ritual.

‘We refuse to take part in this hatred’

Jeremias, too, has much to mourn this week.

He had sunk his savings and his soul into the restaurant and later the hotel. He’d succeeded spectacularly, against all odds.

“The restaurant is practically burned down. The floors, electric system — everything must be built anew, and it will be quite a job,” he says.

Trust and calm may be harder to restore. 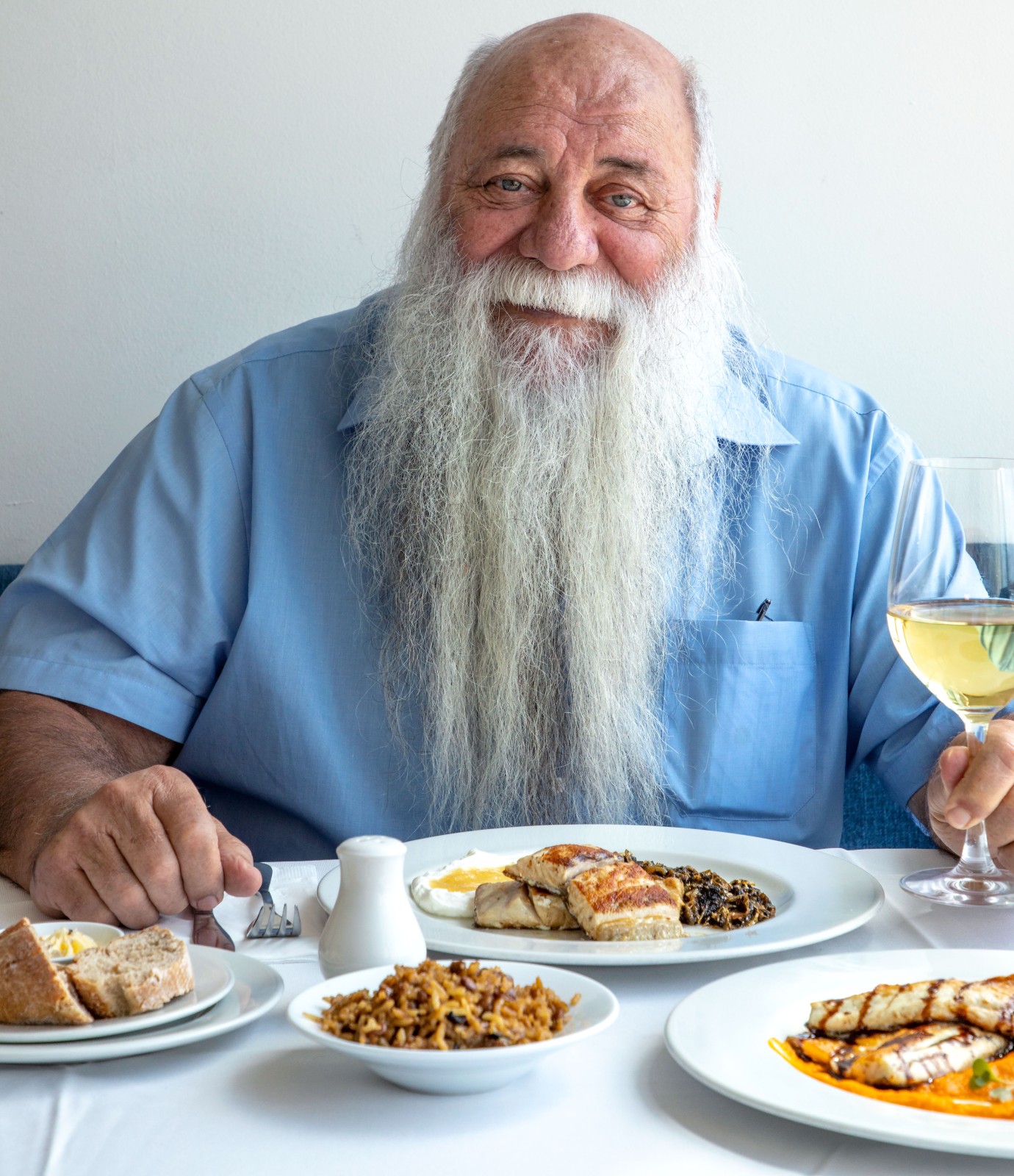 “I’ve known Akko since my childhood in Nahariya,” Jeremias says. “I fell in love with Akko many years ago. It’s got a mix of populations that is unbelievable.”

When he moved Uri Buri to Akko from Nahariya 25 years ago, “everybody thought I’d lost my mind — a Jewish owned business in an Arab neighborhood? But I believe in coexistence. I call it ‘multi-existence’ because there are so many different groups here, including Bahá’ís and Sufis. It is a complex population, and it was working very well.”

Uri Buri’s executive chef for the past 18 years, and the sous chef, are Muslim.

“Our staff includes workers of all colors and religions. It’s really an unbelievable team,” says Jeremias. “My Muslim workers feel the same way I do: They want to get back to work as fast as possible. It will be an answer to the villains who want to destroy coexistence.”

Jeremias is organizing an online system for ordering vouchers that people can buy to help finance repairs, and use them in the future when the restaurant reopens.

On May 18, Jeremias hosted a meeting of Arab and Jewish restaurant owners and representatives of the Israeli Restaurants and Bars Association. 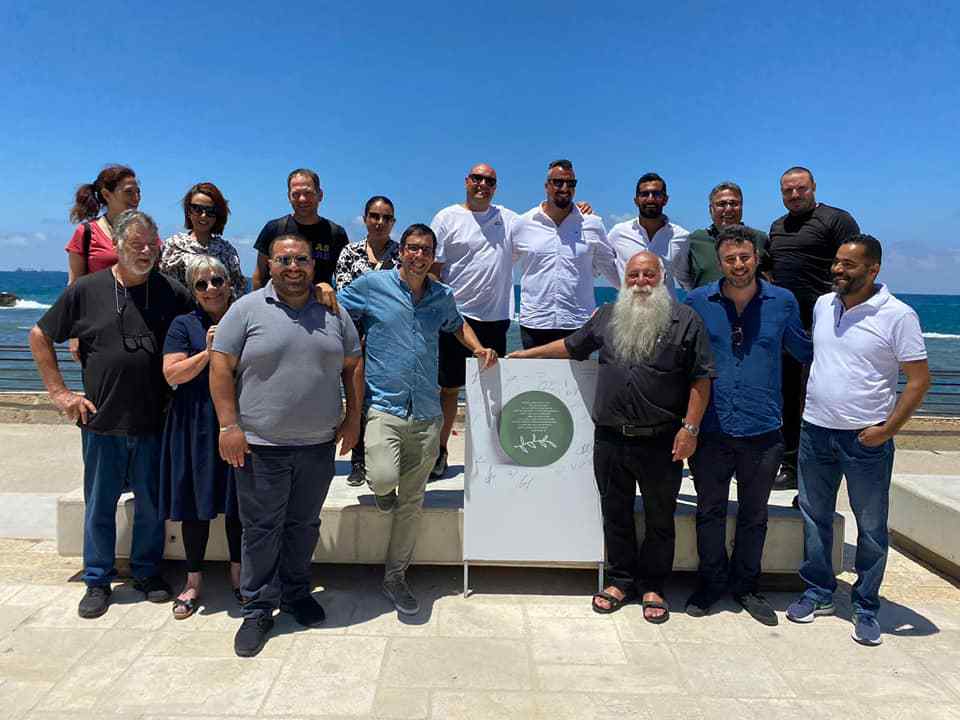 Uri Jeremias (bottom, third from right) with Muslim, Jewish and Christian restaurant owners meeting on May 18, 2021 on the burned terrace of his Uri Buri restaurant in Acre. Photo courtesy of Uri Jeremias

They gathered on the singed terrace of Uri Buri in reaction to the deadly street violence shattering years of relative peace in mixed Arab and Jewish cities such as Akko, Lod and Ramleh over the past week, in tandem with a barrage of missiles from Gaza.

Among the group was Saeed Shami, an Arab chef, whose Flooka restaurant also was damaged in Akko riots.

Putting the pearl back in the crown

The Efendi was the second Jeremias venture in Akko. In 2001, he learned of an old crumbling property called “The Palace,” and next to it another condemned wreck called Afifi House.

Jeremias acquired them both and put eight years of work into them.

“I invested a stupid amount of money and at the end, with some partners, we managed to build the hotel and run it. The Efendi was the pearl in the crown of Akko, until last week,” he says.

The Efendi was created from the highest grade of building conservation work ever done in Israel, Jeremias relates with pride. 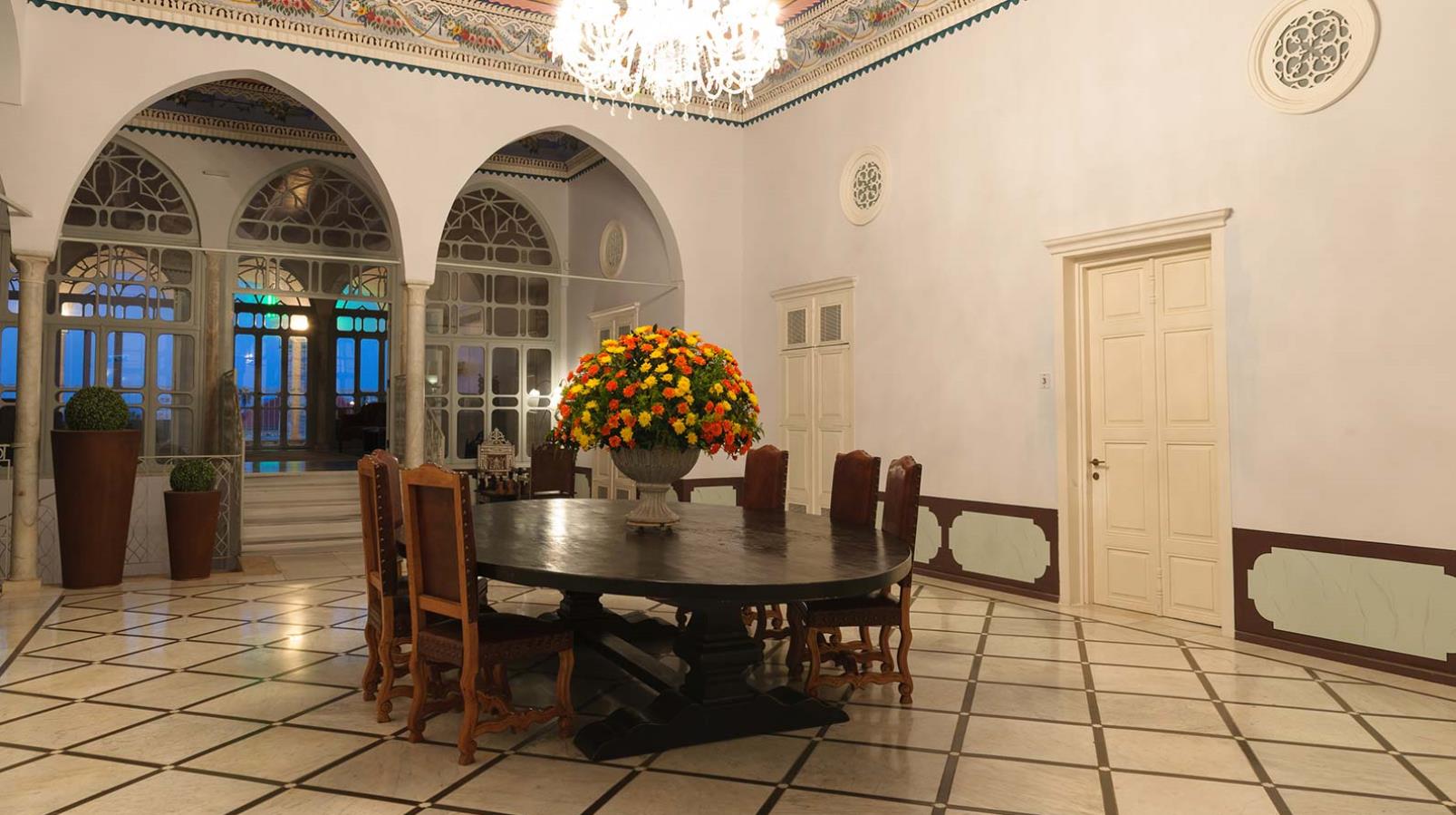 Efendi Hotel in Acre. Photo courtesy of the Efendi

“The building has a 1,500-year history including a wine cellar from Crusader times, a Turkish hammam that’s 400 years old, beautiful painted ceilings and a huge fresco from Ottoman times,” he says. 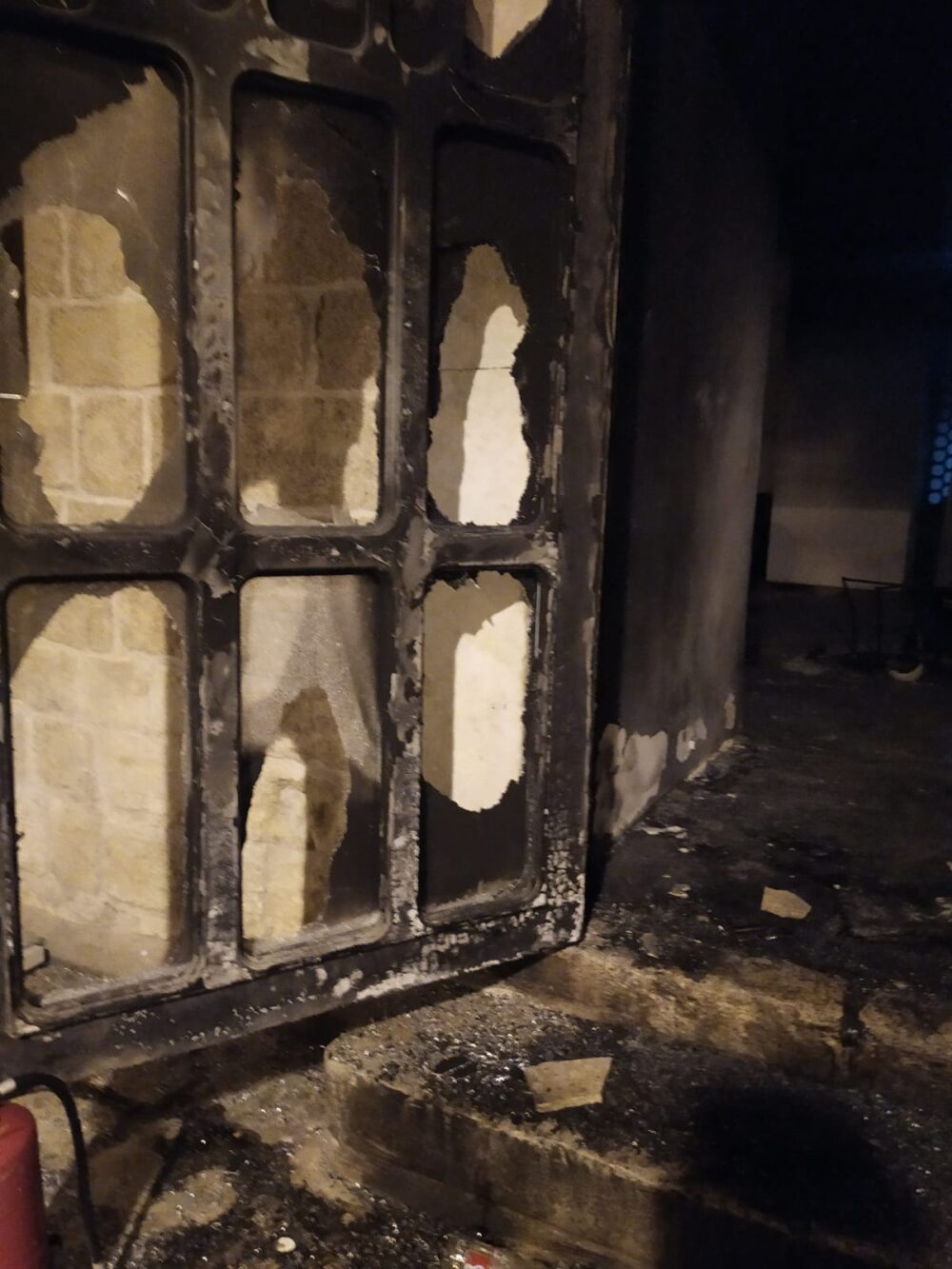 Akko’s Efendi Hotel after a mob attacked it on May 11, 2021. Photo courtesy of Uri Jeremias

“Now the lobby is burned and smashed. Most of the ceiling paintings and the fresco are okay but two ceilings are a little smoke damaged and must be restored. There will be a lot of work.”

But he chooses not to succumb to hate or self-pity. Nor is he interested in retiring; he thrives on being an active member of the half-Jewish, half-Arab ancient port city of Akko.

“As soon as this happened, my instinct was to ignore the emotions and let rationality lead me. I ignore the fear and anger and disappointment. I see what is right to do now as I understand it — to rebuild for the benefit of all citizens of Akko,” he says.

“We have to unite and work together in order to return the pearl to the crown.”