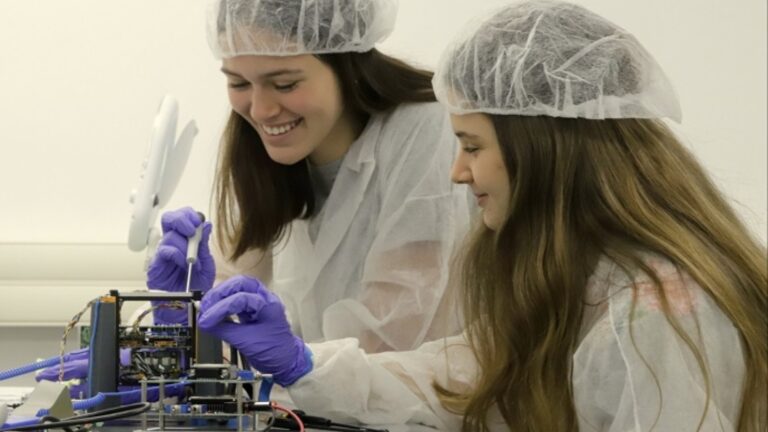 Students from Givat Shmuel assembling a satellite as part of the TEVEL program. Photo courtesy of Israel Space Agency

High school students from eight Israeli cities gathered in Herzliya on January 13 for a launch party, watching a live feed of satellites they’d built taking off aboard SpaceX’S Falcon 9 transporter from Cape Canaveral in Florida.

The TEVEL program – tevel means universe in Hebrew and also is an acronym for “Students Build Satellites” – was run in partnership with the Israel Space Agency and the Science and Technology Ministry.

For three years, the satellites were under construction by students from Jewish and Arab schools in the cities of Sha’ar Hanegev, Givat Shmuel, Kiryat Ata, Ma’aleh Adumim, Nazareth, Ofakim, Taybe and Yeruham.

“This was a historic moment for me, a moment of pride not only for me but for the State of Israel,” Arab student Mahmoud Haj-Yahya of Taibe told Diplomacy.co.il. “I thank the Israel Space Agency, the Taibe municipality, my school, my teachers and instructors and everyone who helped us and let us try it and be part of the TEVEL project.” 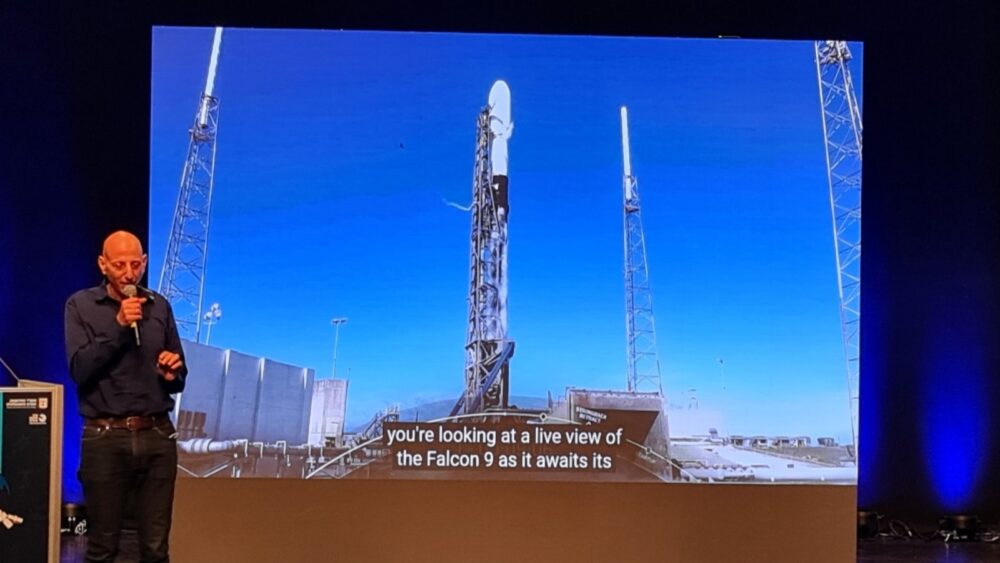 A Falcon 9 transporter taking off with 10 Israeli micro- and nanosatellites aboard, eight of them built by high school students. Photo by Silvia G. Golan

The student-made satellites joined two others sent aboard the rocket from Ariel University, will be used to carry out a range of experiments in space coordinated by Tel Aviv University. The students will continue receiving and monitoring the data transmitted by their satellites.

TAU itself recently launched a shoebox-sized satellite to the International Space Station containing the COTS-Capsule — a novel radiation-detecting and protective chamber in which electronic systems in space can escape the hazardous effects of cosmic radiation. 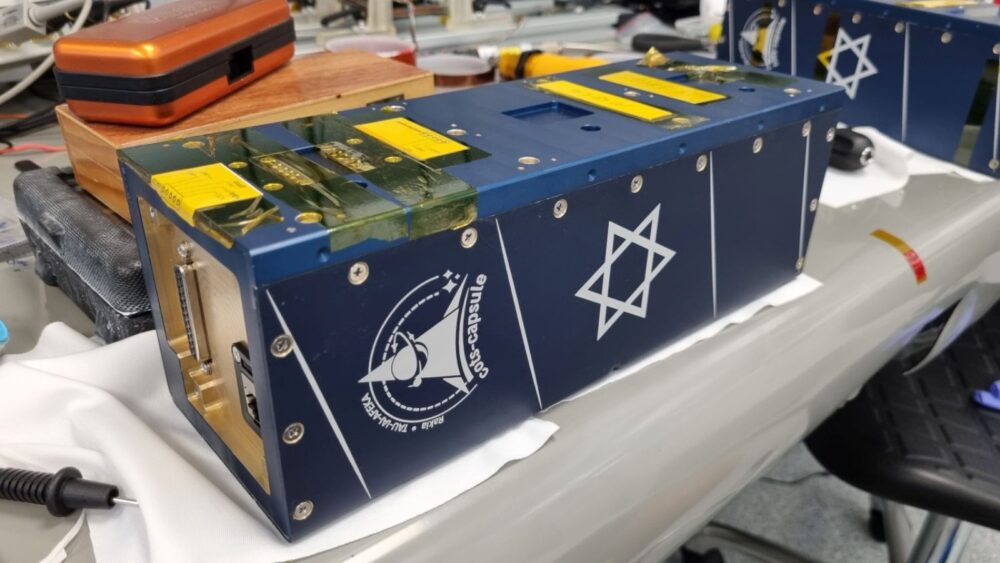 The COTS-Capsule will undergo testing before being included in experiments going on the Rakia mission of the Ramon Foundation and the Israel Space Agency.

UNCOVER ISRAEL - Get the ISRAEL21c
Weekly Edition free by email
Sign Up Now!
Bring Israel's story to life.
Millions of people around the world rely on us to gain a deeper understanding of Israel. We are the trusted source for original content you won't find anywhere else.
You can make a difference. Donate today to support journalism that brings Israel’s story alive.
SUPPORT ISRAEL21c
Read more on:   News, Technology, Space, Satellite technology