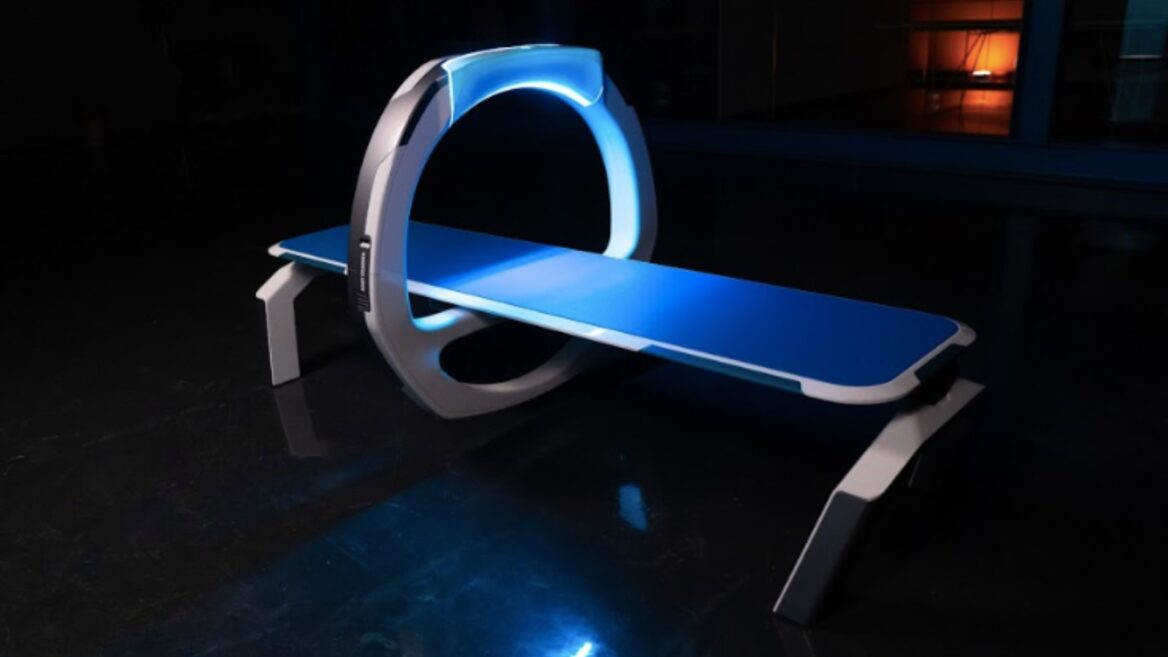 Imagine a single machine quickly scanning your whole body for signs of cancer during your annual checkup. It could perform tests such as computed tomography (CT) and a no-squish mammogram for women.

Israeli serial entrepreneur Ran Poliakine hopes to have such a machine on the market in less than two years.

His newest endeavor, Nanox, aims to bring X-ray imaging “from the dark ages to the 21st century,” he tells ISRAEL21c.

Sort of like Star Trek’s fictitious “biobed,” the Nanox.Arc could provide a full-body digital X-ray scan down to the cellular level.

“It’s similar to using an iPhone to listen to music and take pictures and make calls.”

Nanox.Arc’s companion software, Nanox.Cloud, will be a cloud-based repository for all the imaging data.

Modernizing X-ray imaging from the way it’s been done since 1895 “is something the world was waiting for,” says Poliakine.

His vision is for the Nanox system to reposition X-ray imaging as an affordable prevention tool.

“Most, if not all, cancers can be treated rather easily if found early enough through medical imaging. The World Health Organization says if every person had a full-body scan once a year, potentially millions could be saved by early detection,” Poliakine tells ISRAEL21c.

“It’s similar to using an iPhone to listen to music and take pictures and make calls.”

“But it’s too expensive and too local. And you need too many technicians because X-ray imaging is totally analog while everything else has gone digital.”

That’s why “two-thirds of the world’s population lacks access to medical imaging and the rest uses it mostly when something is already wrong,” says Poliakine.

“Our goal is democratizing access to medical imaging. We can disrupt the market because our system allows for a low-cost device to be placed anywhere, connected to the cloud through 5G, so a physician anywhere can look at the images,” he explains.

“Over time, full-body scans would be part of an annual routine.”

The X-ray beams produced by the system emit the same electromagnetic radiation as conventional X-ray machines.

However, Nanox’s digital capabilities allow for controlling exposure time to that radiation.

“In some cases, the system could reduce exposure time dramatically,” Poliakine tells ISRAEL21c.

Mammography is an extreme — and extremely exciting — example.

Poliakine says Nanox could reduce the time needed to complete a mammogram by a factor of 30. And the system does not require pressing the breasts between two plates.

“That means much less radiation, no discomfort or pain, shorter wait times and a product that is more user friendly,” he says.

In one fell swoop, the Nanox system could therefore increase compliance with the gold standard for breast-cancer screening – making it safer, painless and accessible to women anywhere. Earlier this year, Nanox secured $55 million in funding from backers including Foxconn, Fujifilm and SK Telecom. In March, Nanox signed $174 million worth of agreements for the next three years with The Gateway Group. This agreement will enable the deployment of 1,000 Nanox.ARC units across Australia, New Zealand and Norway.

Nanox.Arc has been tested at facilities including Hadassah Medical Center in Jerusalem. “Now it’s about getting it out there,” says Poliakine.

“Our plan is to have the system receive regulatory approval in several countries this year, with mass deployment during 2021 and 2022. Our aspiration is to place 15,000 systems in the next 24 months. That equals one-third of the total number of medical imaging devices in OECD countries,” Poliakine says.

Nanox.Arc was designed in Israel by industrial designer Amos Boaz and will be manufactured by Taiwanese multinational electronics contractor Foxconn.

Nanox.Arc will be offered under a pay-per-scan plan in collaboration with governments, hospitals and clinic chains.

“Nanox started developing the technology in 2012 with a nanotech engineering team from Sony in Japan,” says Poliakine. “That enabled us to do it where others have failed.”

Nanox continues to be a partnership of Israeli and Japanese expertise.

The company’s 60 employees are split between offices in Tokyo and in the Jerusalem suburb of Neve Ilan. Some of the Japanese work in Israel and some of the Israelis in Japan.

“We created an organization to embrace the good of both countries,” says Poliakine, talking to ISRAEL21c from Tokyo.

Nanox’s research lab and factory in Tokyo provides the punctuality and technological quality that the Japanese are known for. The software and systems engineers in Neve Ilan provide the famous Israeli talent for improvisation and creativity, Poliakine says.