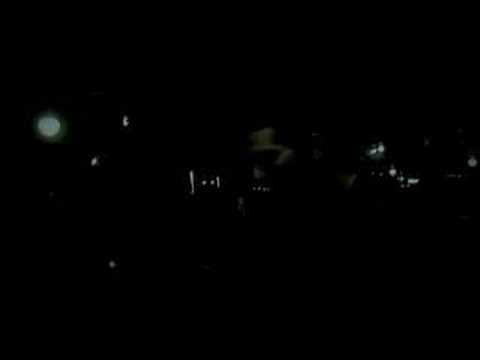 There was no mention of it in the recently released Winograd Report on the Second Lebanon War, but the cataclysmic events that unfolded two summers ago also almost derailed Erez Tadmor and Guy Nattiv’s film Strangers.

The movie, about an Israeli man and Palestinian woman who meet by chance in Berlin at the 2006 World Cup finals, was in the middle of filming when the war broke out, throwing its loose script into turmoil.

“We had about two weeks of shooting some great material in Berlin when the Lebanon war began. We immediately made the decision to stop shooting and return home to be with our families. When we continued shooting later in Paris, it was a different movie,” said Tadmor, who along with Nattiv, recently returned from the Sundance Film Festival where screenings of Strangers were received warmly by both audiences and critics.

A review in Variety following the Sundance screenings sums up the consensus on Tadmor and Nattiv’s modern-day Romeo and Juliet, which stars Liron Levo as Eyal and Lubna Azabal (Paradise Now) as Rana: “While gem-hard in its political realism, Strangers is generous enough to suggest love may actually triumph – and as such will win a lot of hearts on its likely way to becoming a specialty hit.”

Those are encouraging words for the directors, considering the twists and turns Strangers took from its conception to the screen. In 2004, Tadmor and Nattiv sent a variation of the film – also called Strangers – as a short to Sundance. It won an award there and they received funding to develop the idea into a full-length feature. Their plan was to drop the actors into each scene and let them take the movie wherever their dialogue moved it.

“The idea was to take two actors to the World Cup finals in Berlin without a script. But the problem was finding two great actors who could improvise, since most of the scenes are built largely on the improvised dialogue of the actors,” said Tadmor.

“Liron and Lubna were perfect, and weren’t intimidated at all that there wasn’t a real script. The first scene in the film, when they meet on the subway in Berlin, is actually the first time they really met – the dialogue is real.”

Once the war broke out, the directors realized that even though they perceived the film as a love story, the reality of what was happening could not be ignored. When filming resumed in Berlin, mainly at Rana’s home, the already problematic screen relationship between the two is further complicated by the hostility her Parisian friends express towards Israel.

“We didn’t want to do a war movie or a political movie, but it’s there in the background, on the TV and radios – it’s all over the place. The characters really continued their relationship while the war was all around them. We tried to avoid the clichés of the Arab-Israeli conflict, but you saw how these two characters dealt with it,” said Tadmor.

“There was another film at Sundance –Under the Bomb – a Lebanese movie which focused on the Israeli attack on Lebanon and a woman trying to find her son. It showed only one side of the war, the Hizbullah side. They didn’t show that two sides were suffering. It was very important for us to show that balance. I don’t think it’s a right or left-wing movie.”

According to Nattiv, the American audience at Sundance perceived Strangers not as a political film but a romantic one.

“Every screening was amazing… the audience wouldn’t let us go, they asked more and more questions. I think they felt very comfortable with the love story aspect of the film. And aside from people on the extreme right or left, I think most viewers will get attached to it like that,” he said.

The Variety review concludes that “Strangers plucks the heart strings, not shamelessly but assertively. It also shows that something good is going on in Israeli filmmaking,” an assertion that Tadmor fully agrees with.

“There’s a new generation of filmmakers in Israel, who don’t want to deal with the issues that have always been dealt with. We chose a love story, with the war behind it. It’s not about the war, it’s about the characters,” he said.

Tadmor and Nattiv have been collaborating on films since they met in Tel Aviv at an arts high school. After their army service, they went on to study film together at the Camera Obscura school for the arts.

Although they’ve individually made a string of short films, they find their greatest strength is working together.

“I think it helps to have two directors, to have two minds thinking, especially in a film like Strangers. We each took one of the actors, and worked with them on building their character. I think we were all surprised by the results, and Guy and I surprised each other as well,” said Tadmor.

According to Nattiv, Strangers is going to be released in Israeli theaters in April, but the real benefit of the Sundance screenings is possible distribution in the US and Europe.

“Our producers are now in negotiations with distributors in the US where there’s a lot of interest, and it’s going to be screened later this month at the Berlin Film Festival,” he said.

Tadmor and Nattiv are already planning their next project, a film called Son of God, about a 76-year-old Holocaust survivor who decides to return to Europe after his wife dies to search for the man who saved him from the Nazis 65 years earlier.

But, for now, they’re still basking in the afterglow of the Sundance limelight, and grateful that the long, winding road Strangers has taken has arrived at a fruitful intersection. Tadmor said the response to the film opened his eyes anew to its charm.

“After we saw the reviews and the reaction to the film, we realized that it can be a success – not a blockbuster, but a success.”