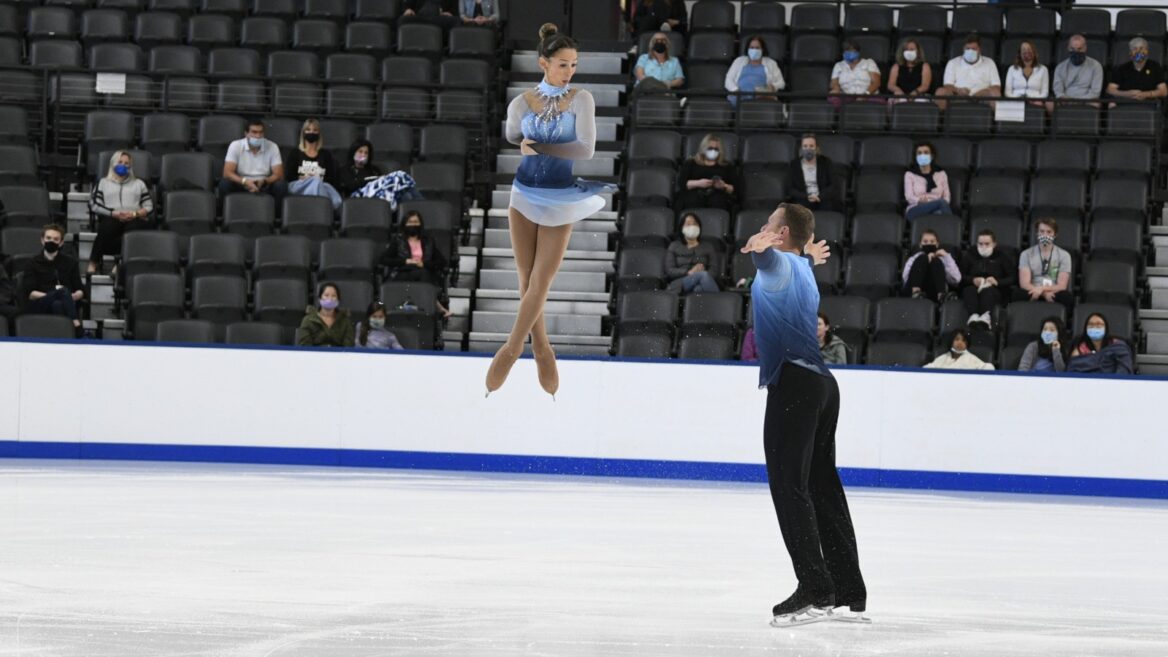 A lot of hopes are riding on the skates of Hailey Kops and Evgeni Krasnopolski.

The figure-skating pair are among six athletes expected to represent Israel at the Beijing Olympics, February 4–20. And Israel has never medaled at the Winter Games.

This will be the first Olympics for Kops, 19, and the third for Krasnopolski, 33.

They’ve already accomplished an astonishing feat by securing one of just 19 slots allotted to figure-skating pairs at Beijing.

They began skating together only last June, and yet in September beat out top contenders from countries including China, Britain and Ukraine at a qualifying tournament in Germany.

“It was insane that they had a little more than three months to try and qualify for the Olympics,” says Hailey’s father, Steven Kops.

“Most teams have been skating for years together to get the timing and connection needed for pairs. They had three months. The music they skated to was ‘The Impossible Dream’ and it truly was impossible.”

Even more so, because Kops had taken a two-year break from competitive skating at age 17 to finish high school and study at a Jerusalem seminary for the 2020-21 academic year.

‘Tomorrow Hailey will be at the rink’

Krasnopolski and Kops fell out of touch after Kops went to Israel in the fall of 2020. He assumed her skating days were over. That’s why he didn’t think of her the following spring when he was seeking a new partner for his third Olympic bid.

“You won’t believe this,” replied Kops. “Hailey just returned this morning from seminary.”

She quickly accepted the opportunity to be Krasnopolski’s partner. “I have a huge amount of respect for him as a two-time Olympian,” she says.

Krosnopolski tells ISRAEL21c, “I knew nothing about it until Galit called me and said, ‘Tomorrow Hailey will be at the rink.’”

He was pleased to find that they had good chemistry and were both committed to the Olympic goal.

“Hailey was just crazy enough to believe that if we focused and put a year’s worth of work into three months, we could do it,” he tells ISRAEL21c. 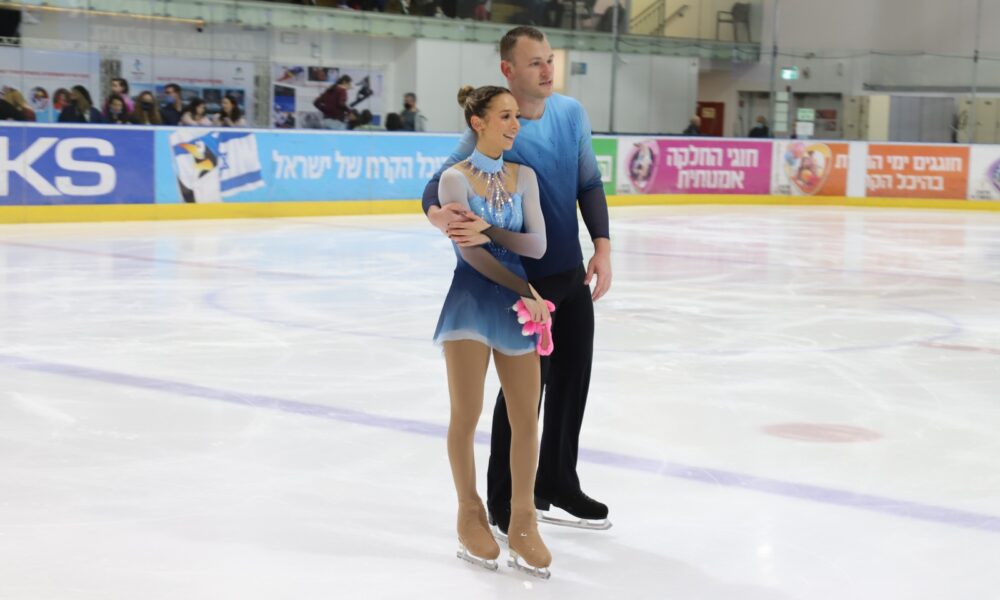 A connection to Israel

Evgeni Krasnopolski moved to Israel from Ukraine with his family at age three. He started skating at seven, and as a preteen began representing Israel internationally. Having won many doubles competitions, he qualified for the 2014 and 2018 Winter Olympics.

He was drafted, like his peers, at 18 but his Outstanding Athlete status allowed him to continue training and competing. Relocating to New Jersey for intensive training, he returned to Israel every three months to put in his required time on base over the next five years.

Hailey Kops first ventured onto the rink at three years old under the tutelage of her mother, Lisa, a United States Figure Skating Association gold medalist. Within a few years she was winning trophies as a singles skater.

When Chait Moracci invited her to join Team Israel at 13, “I didn’t think twice about becoming a citizen of Israel,” she says. “Just being Jewish and growing up modern Orthodox, I always had a connection to Israel even if I do live in the US. So to become a citizen was really cool to me.”

Kops and her first skating partner, Artem Tsoglin, finished seventh at the Junior World championships in 2019.

“When I started doing pairs, I realized I loved it more,” she says. “I’m a bit of an adrenaline junkie, so I love the throws and twists.”

Gliding to the top

After just two months of training, Kops and Krasnopolski finished last at the Cranberry Cup in Boston.

“We both needed to adjust some skating issues to make the best of our partnership,” says Krasnopolski. “Because of corona we had only two competitions before the qualifier in September. So for the second competition, in New York, we just knew we had to be confident and do it.”

And indeed they glided to the top against all odds. 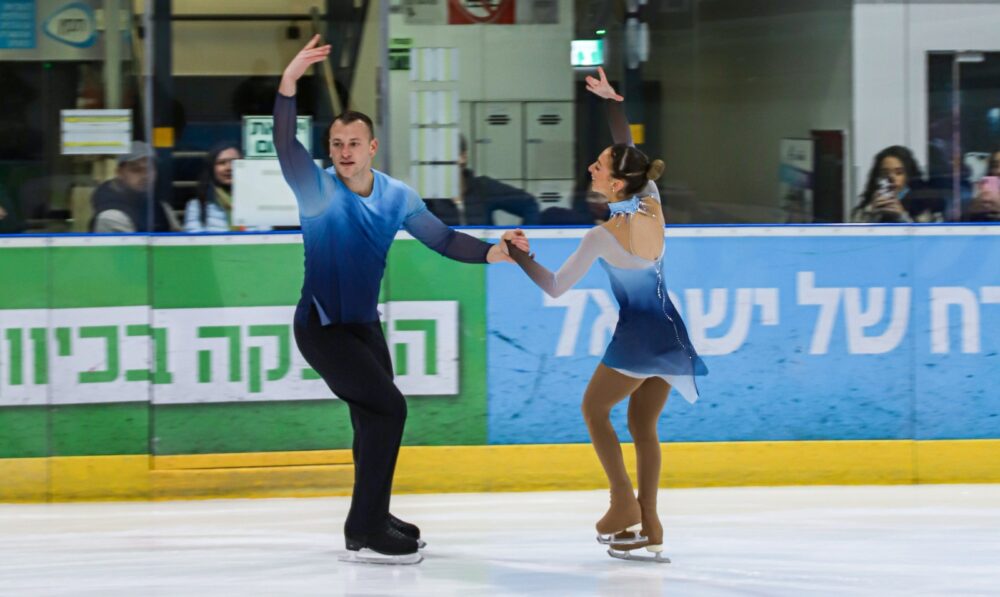 “It’s an honor to be one of the six athletes competing for Israel,” says Kops.

She and Krasnopolski practice Sunday through Friday rather than the more usual Monday through Saturday, as Kops is Sabbath observant.

She said the partners will “focus on nothing else until we leave for Beijing. We still have a lot to work on.”

They are to be joined in China by at least four other Israeli athletes: Two-time Olympic figure skater Alexei Bychenko in men’s singles; Vladislav Bykanov in short-track speed skating; and sister-and-brother Alpine skiers Noa and Bernie Szollos. (More may qualify closer to the Games.)

Israel’s largest-ever Winter Games delegation was only 10 athletes, in 2018.

In Beijing, says Boris Chait, “Our goal is to be in the finals, and it would be amazing if we end up in the top 10. Easy? No. But as one very wise commentator once said, every athlete that made it to the Olympics is a winner and every Olympic athlete has a story to tell.”

UNCOVER ISRAEL - Get the ISRAEL21c
Weekly Edition free by email
Sign Up Now!
Bring Israel's story to life.
Millions of people around the world rely on us to gain a deeper understanding of Israel. We are the trusted source for original content you won't find anywhere else.
You can make a difference. Donate today to support journalism that brings Israel’s story alive.
SUPPORT ISRAEL21c
Read more on:   Olympics, israeli athletes, Culture, People