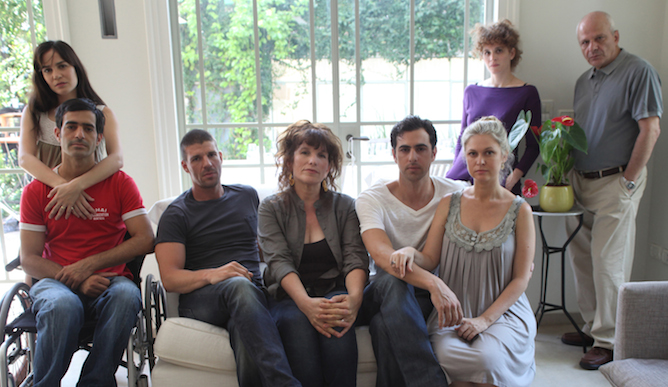 Israel’s run of success on US TV is set to continue after news that Israeli drama, ‘The Ran Quadruplets’ will pilot for a second time on the CBS network.

The US pilot will be written and produced by David Marshall Grant, who was the brains behind hit show ‘Smash’.

‘The Ran Quadruplets’ was originally created by Giyora Yahalom and Oren Jakobi, and ran for two seasons in Israel on Israeli satellite platform YES.

The show is a fictional story of the first quadruplets born in Israel. Three brothers and one sister, they have had their lives documented at every stage of their development in an ongoing documentary.

Now aged 32, the show captures the angst of a family that shares the same DNA, but not the same lives.

This is the second time the scripted format, distributed by Armoza, has gone to CBS. Revenge creator Mike Kelly failed to pass pilot stage with it in 2010.

Avi Armoza,founder and  CEO of Armoza, said he is optimistic about his chances this time. “I am thrilled that this project is taking off – it just goes to show that when you have a good format you need to keep pushing it no matter what.”

Armoza will be one of the executive producers of the US show, alongside Yona Wiesenthal, Eilon Ratzkovsky, Yahalom, Jakobi, Tariq Jalil and David Garrett.