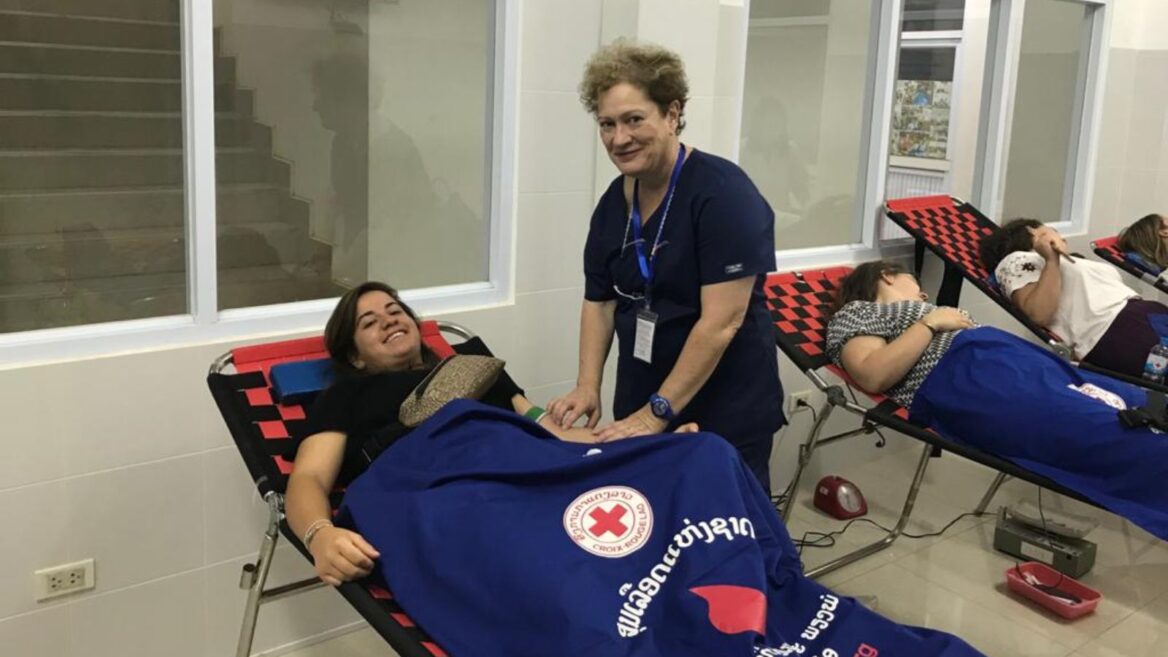 Dr. Gilat Raisch and a young blood donor from Israel at the hospital in Luang Prabang, Laos. (Courtesy)

Dr. Gilat Raisch recently fulfilled an old dream: she took a month off work, packed up her things and went to volunteer in a faraway hospital.

Deeply affected by a visit to a Cambodian hospital over a decade ago, she vowed that one day she’d return somewhere similar to offer her services as a pediatrician. Now, with her children all grown up, she decided it was time to go.

“I felt it was time to fulfill this dream. I decided I was giving myself a birthday present, taking off a month without pay from work and going to volunteer.”

Raisch found herself alongside other international volunteers at a hospital in Luang Prabang, an ancient city and the former capital of Laos. And she was shocked by what she found.

“Such a scarcity of resources, with children in unimaginable conditions, diseases that you don’t see in Israel but only read about in books.” 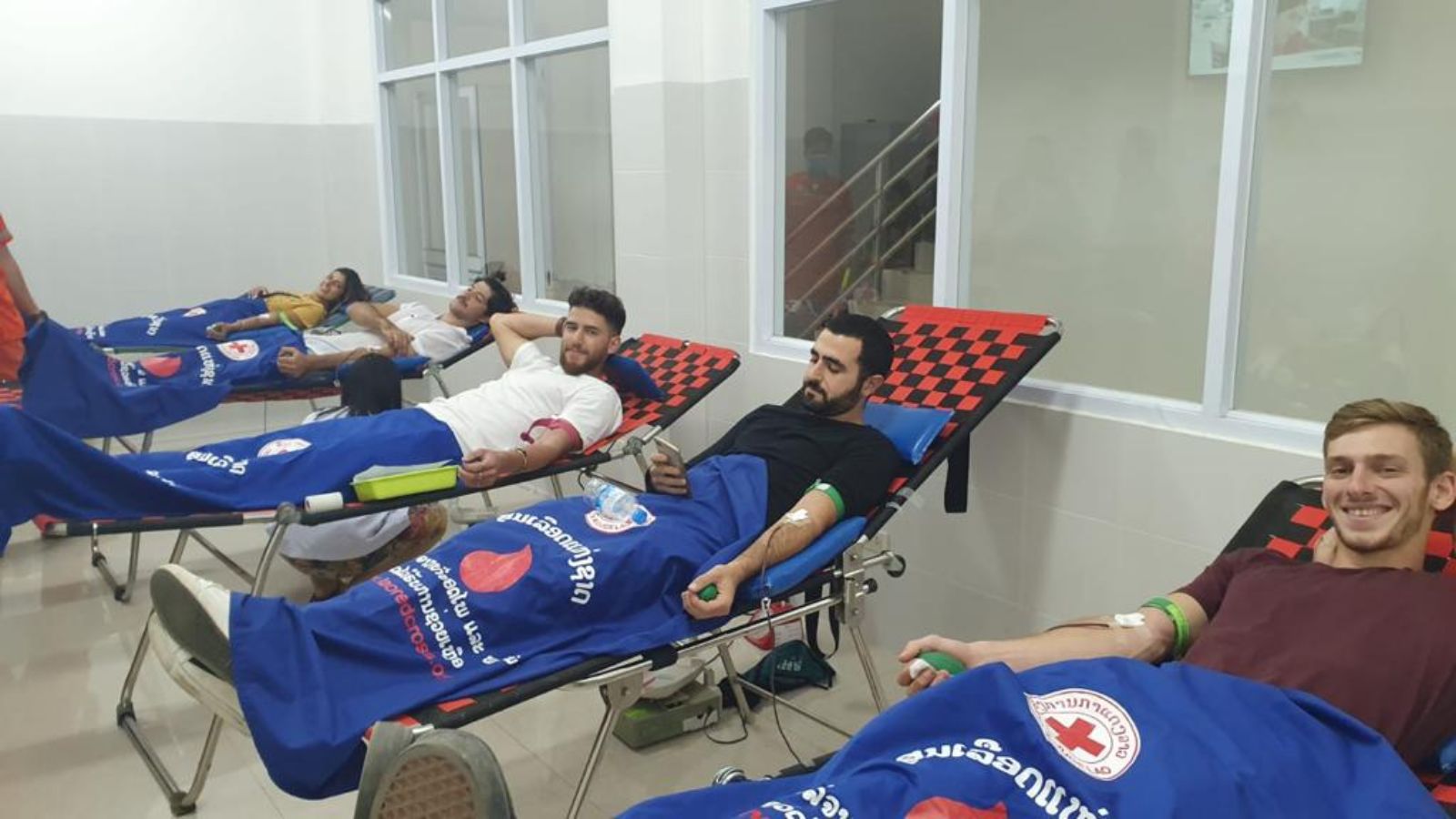 Israeli backpackers lie back to donate much-needed blood at the hospital. (Courtesy)

“The first week I was there I noticed that they kept on asking for blood donations from the volunteer team,” she says, explaining that the hospital’s blood bank stood empty because of local beliefs that donations are harmful to the body and due to possible donors’ state of health.

“I kept having this question of how I could be meaningful, what I could do,” she says.

And then it struck her.

“I was in touch with Beit Chabad, and I saw that it’s the height of tourist season and that there’s loads of backpackers from Israel,” she says. “Suddenly I said to myself, ‘wait, here are young, healthy people who understand the concept of saving lives.’”

She began talking to some of the backpackers to try and gauge whether they’d be interested in donating blood at the hospital, and to her delight she found them more than ready to do an act of kindness.

One of the first blood donations given by an Israeli backpacker was immediately passed on to a small girl in need, saving her life and inspiring Raisch to push on forward.

That same day, she spoke at the Friday night dinner organized by the Beit Chabad in front of 150 travelers, urging them to join her at the hospital. When Shabbat went out, 26 Israelis were ready to go.

A sign in Hebrew created by two young Israelis explaining how backpackers can get involved in donating blood. (Courtesy)

“They were simply stunned at the hospital,” she says of the local staff’s reaction. “They’d never seen anything like it.”

Raisch, now nicknamed by the staff as “the queen of blood,” managed to get together 99 blood transfusions in only two weeks. In comparison, the hospital usually receives only 10 every month.

“It made a huge name for Israel at the hospital,” she says. “Everyone knew these are Israeli backpackers. I also explained that it’s a worldview of saving lives.”

Raisch has since returned to Israel, but the Luang Prabang Beit Chabad is keeping the project up, and they hope that blood donation will become a must-do thing for backpackers arriving in the city.

Raisch hopes to return to Luang Prabang next year, but wishes she could do so more often to supervise and develop the enterprise. Currently funded by her, she hopes to be joined by others in order to keep up the important work.

“I hope that this project will stay alive and keep on giving life,” she says.

To learn more about the initiative, please contact Dr. Gilat Raisch at gilatr@walla.co.il