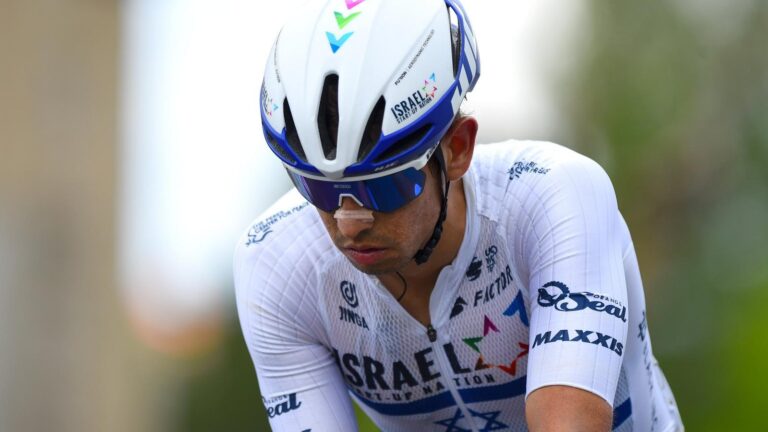 It will be Goldstein’s first time on the most prominent racing stage in the world.

“I always imagined myself being there in the front, in a mountain stage breakaway, going for it, not really concerned if they catch me or not, as long as I am going full gas and giving it my all,” he said.

ISN’s sports manager, Rik Verbrugghe, said, “Omer is what I call an ‘offensive rider.’ He is always ready to jump on a challenge with absolutely no fear.”

Verbrugghe added that Goldstein’s main task will be to assist lead rider Mike Woods, “but he can be our man in a breakaway and, if the opportunity comes, he can get a great result. And in mid-range mountain stages, he can be there in a selected group going to the finish. Omer has shown significant progress, and he fully deserves our trust in him.”

In every stage that he raced this year – from the UAE Tour to the Tour of Catalunya to Dauphine – Goldstein has proved to be one of the most aggressive riders in the ISN lineup.

He’s reportedly developed a special bond with Tour de France legend Chris Froome, who signed with the Israeli team in August 2020. They spent weeks together in altitude training camps and racing alongside each other in a four-stage race.

The Tour de France will run from June 26 through July 18, starting in the northwest Bretagne region and winding through the Alps and the Pyrenees before finishing with the traditional sprint finish on the Champs-Élysées in Paris.