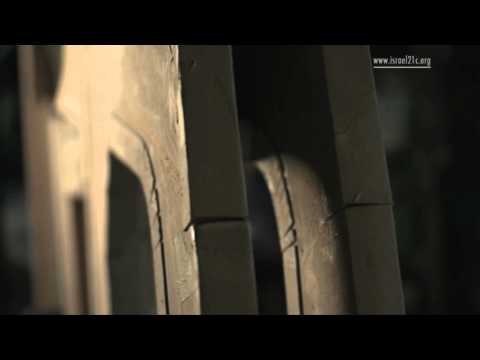 Gafni and his business partner Nimrod Elmish say the environmentally friendly bikes will likely sell for a mere $20.

In addition to offering a green product, the Israeli team says it has created a business model that could allow for bicycles to be given away for free in poor countries. They say their plan does not allow for financial benefits in cheap labor markets.

“This is a real game-changer. It changes … the way products are manufactured and shipped, it causes factories to be built everywhere instead of moving production to cheaper labor markets, everything that we have known in the production world can change,” Elmish told Reuters.

Elmish explained that those who make the bikes would bring in financial rewards from advertisements and government grants.

“We are copying a business model from the high-tech world where software is distributed free because it includes embedded advertising,” Elmish told Reuters.

Initial production of three bicycle models is set to begin on Moshav Ahituv in Israel in the coming months and they will be available to purchase within a year.

Planning for the first production lines for an urban bike (with an electric motor), a youth bike and a balance bike will be completed within the next six months.

The Israeli team was also requested to make a cardboard wheelchair – based on the same principles used for the bike prototype – for a non-profit organization working in Africa.

UNCOVER ISRAEL - Get the ISRAEL21c
Weekly Edition free by email
Sign Up Now!
Bring Israel's story to life.
Millions of people around the world rely on us to gain a deeper understanding of Israel. We are the trusted source for original content you won't find anywhere else.
You can make a difference. Donate today to support journalism that brings Israel’s story alive.
SUPPORT ISRAEL21c
Read more on:   News, Izhar Gafni, Cardboard bike, Environment