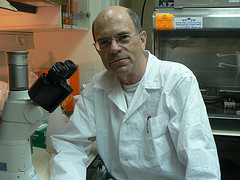 Norway’s largest charitable organization, the Olav Thon Foundation has announced that its first international research award in the medical and natural sciences will go to Tel Aviv University’s Prof. Yosef Shiloh and Prof. Judith Campisi of the Buck Institute for Research on Aging, California. The two scientists will split the prize money of approximately $660,000.

The foundation, which invests heavily in medical research, recognized Shiloh, the Myers Professor of Cancer Genetics and Research Professor of the Israel Cancer Research Fund at TAU’s Sackler School of Medicine, for his pioneering research on the mechanisms that maintain the survival of human cells and the stability of human genetic material

“A prize means scientific recognition,” said Prof. Shiloh. “Scientists do not work in order to get prizes or any other monetary benefits, but the award of a prize means that our work is recognized by our colleagues, and this is probably the true reward of a scientist.”

“The laureates have provided us with new insights into the molecular basis of aging, aging-related diseases, and cellular degenerative processes,” writes the Olav Thon Foundation.

Shiloh was a recipient of the prestigious Israel Prize (considered “Israel’s Nobel”) in Life Sciences in 2011, the 2011 American Association of Cancer Research G.H.A. Clowes Award, and the 2005 EMET Prize in Life Sciences.

UNCOVER ISRAEL - Get the ISRAEL21c
Weekly Edition free by email
Sign Up Now!
Bring Israel's story to life.
Millions of people around the world rely on us to gain a deeper understanding of Israel. We are the trusted source for original content you won't find anywhere else.
You can make a difference. Donate today to support journalism that brings Israel’s story alive.
SUPPORT ISRAEL21c
Read more on:   News, cancer research, Prof. Yosef Shiloh