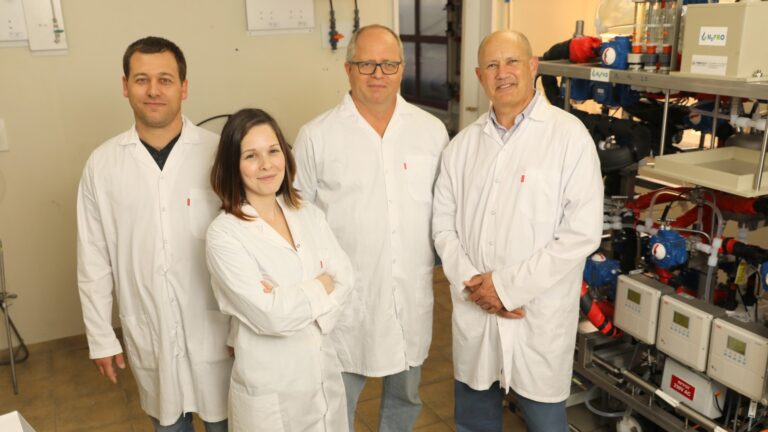 Electric battery-powered cars have stolen much of the buzz that hydrogen fuel-cell vehicles generated before the rise of Tesla and its fellow EV makers.

A new technology developed by researchers from the Technion-Israel Institute of Technology in collaboration with the team that founded the popular Israeli-made phone app Viber promises to put hydrogen back on the grid.

H2Pro uses a water-splitting technology called E-TAC (electrochemical thermally activated chemical) that draws hydrogen out of water by separating it from oxygen. A water molecule is made up of two hydrogen atoms and one oxygen atom.

Removing hydrogen from water is the only environmentally clean way to produce liquid hydrogen, but it’s inefficient and expensive. As a result, hydrogen hasn’t taken off for the generation of electricity production. Nearly all hydrogen produced today (for fertilizers, refineries and methanol production) comes from fossil fuels that release harmful CO2 emissions.

E-TAC technology was developed by Prof. Gideon Grader, Prof. Avner Rothschild and Dr. Hen Dotan at the Technion. Their research was spun off earlier this year into the new company H2Pro of Caesarea, which has raised $5 million from investors including Hyundai.

The E-TAC water splitting system is 98.7% efficient and could reduce the cost of the equipment to produce hydrogen by 50%, according to results of H2Pro’s research published in the journal Nature Energy.

If E-TAC proves to be the breakthrough H2Pro hopes it is, hydrogen could become an ideal energy carrier for a decarbonized world. One kilogram of hydrogen packs as much energy as one gallon (3.8 liters) of gasoline.

Hydrogen can be stored for years, transported easily, and used to generate heat (by burning it) or electricity (in fuel cells).

And the best part of all: The only waste product from using hydrogen is pure water.