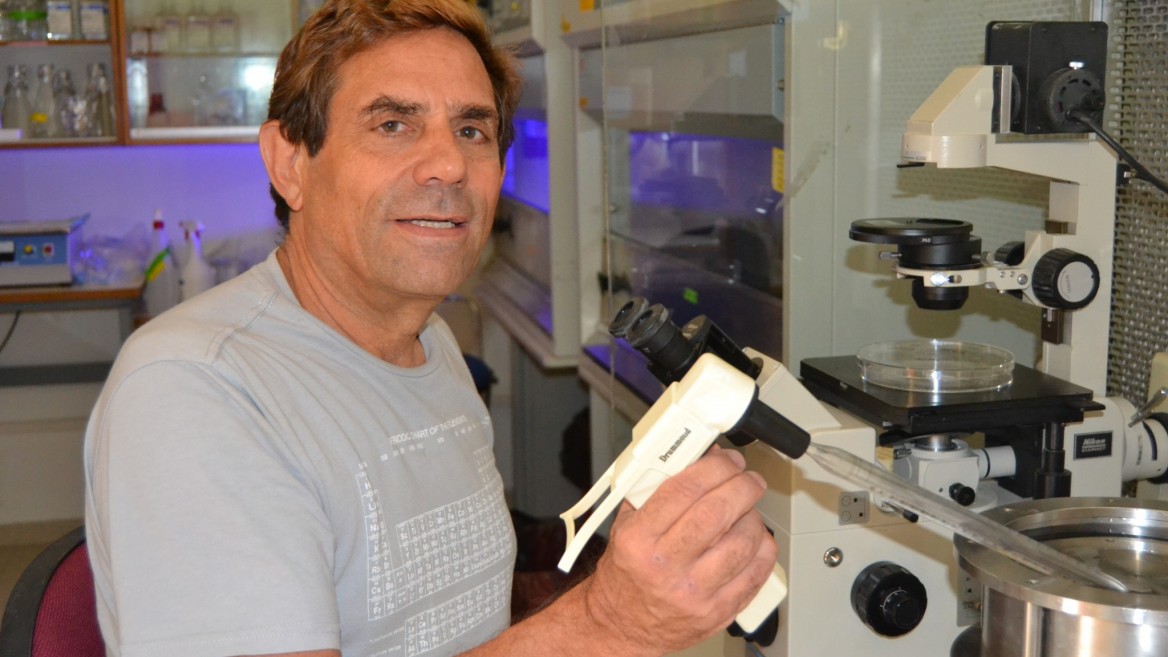 In people with type 1 diabetes, the insulin-producing beta cells of the pancreas don’t function properly. Daily injections or infusions of insulin are necessary to regulate energy-producing glucose absorption in all the body’s cells.

Doctors know how to implant type 1 patients with donor islets full of healthy beta cells, but they cannot keep the transplanted cells from failing within a matter of days. Unfortunately, half of all transplanted patients are back on insulin injections one year later, and 90 percent revert to insulin dependency within five years.

If this tissue-engineering breakthrough proves effective in human trials, it has the potential to cure, rather than only control, type 1 and even severe forms of type 2 diabetes.

The essence of the EMP is a micro biological scaffold that is added to the donor islets before implantation. It uniquely supports the cells’ survival, leading to long-term functionality, says Prof. Eduardo Mitrani, who engineered the EMP in the department of cell and developmental biology at the Hebrew University of Jerusalem and now chairs Betalin’s scientific advisory board.

“The main problem we have in developing new treatments for diabetes is that diabetes is far more complicated than we think,” Mitrani tells ISRAEL21c. “Providing insulin is easy, but regulating insulin has proven very difficult because regulation requires many different sensors in the beta cells.”

Findings from Mitrani’s lab were published  in the November 2015 issue of the journal Tissue Engineering Part A, showing that beta cells derived from EMP-supported islets function similarly to freshly dissected pancreatic islets in the lab. They continue to secrete insulin in a regulated manner and in levels comparable to fresh islets for more than three months, whereas beta cells not supported by a scaffold function for about two days.

When transplanted into suitable hosts, EMPs connect quickly with the body’s vascular system, and because of their microscopic size they can receive the natural amounts of nutrients and gases needed to survive through diffusion. “Connecting to the network” is essential for proper glucose sensing and efficient insulin secretion.

This is a major step forward from other experimental approaches, says Mitrani.

As opposed to artificial pancreases that cannot function to the same degree as a natural pancreas, Betalin’s micro-scaffold technology enables creating an actual micro-pancreas, in all its natural complexity, in the laboratory.

“Our micro-organ becomes vascularized in a remarkable three to five days and can produce insulin,” says Mitrani. “What distinguishes us is the micro-scaffold. We have worldwide IP for this technology, which allows the islets to survive, function in a regulated manner and connect to the circulatory system.”

There is another significant advantage to the EMP. The current method for transplanting beta cells necessitates using a large amount of donor cells in two infusions. In contrast, the EMP should require a much smaller number of islets introduced in one infusion. “This should translate into the ability to treat a higher number of patients,” says Mitrani.

Prof. James Shapiro from the University of Alberta, Canada, has been collaborating for the past two years with Mitrani to advance this new approach to curing type 1 diabetes.

Shapiro said that if Betalin’s micro-scaffold technique is proven to work as well in human subjects as it does in the lab, “it has the potential to substantially improve cellular engraftment and survival both for islets and potentially for stem-cell engraftment.”

Following five years of optimizing the technology, Betalin Therapeutics was established in 2015 under an exclusive worldwide license from Yissum, the technology-transfer office of the Hebrew University. The company’s office is in Ramat Gan, while the lab work is done in Mitrani’s and Shapiro’s labs.

“We are now are doing whatever is necessary to comply with regulatory agencies in the United States and Canada,” says Mitrani. “We are already in conversation and submitting data to the FDA, which will determine what needs to be done to start our first human trials within a year.”

In anticipation of clinical trials, Betalin has begun a financing round of $2.5 million from private investors.