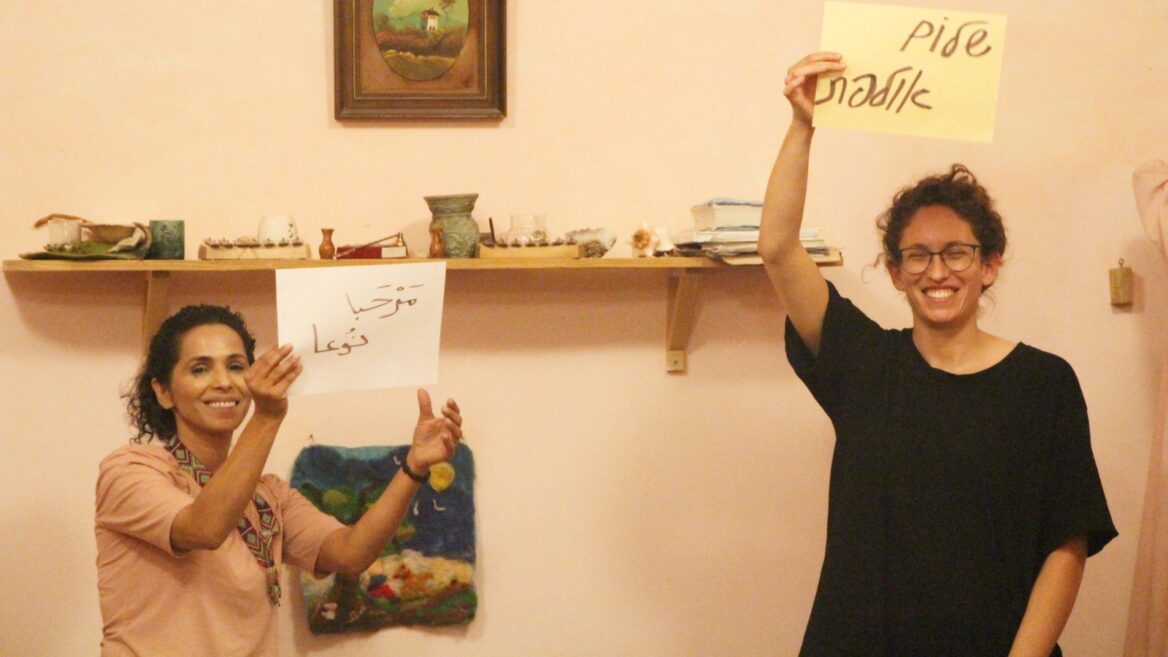 One of 12 children born to Bedouin parents who could not read or write, Aulfat Abu-Laban Altouree always felt the Israeli Arab education system was lacking.

So, after growing up in the mixed cities of Lod and Ramleh, she earned a degree in formal and informal education from Beit Berl College.

During a course on alternative educational approaches, she visited a Waldorf school in Karkur near Haifa. Waldorf schools are based on anthroposophy, an educational philosophy integrating academics, arts and practical skills. This was the answer she’d been seeking.

“When I left Karkur, my heart stayed there,” she says.

After attending an anthroposophy seminar, Abu-Laban Altouree became convinced that Waldorf schools could transform Arab communities — if only teacher training could be adapted for their own language and cultural context.

Putting that dream on hold, Abu-Laban Altouree meanwhile started a program at a Lod community center to fill in educational gaps for Arab women who had married young and didn’t finish high school.

When she hired Jaffa artist Noa Leshem-Gradus to teach the women Hebrew, she found an enthusiastic partner in making her bigger dream come true.

That’s how the Seeds (Zraim in Hebrew, Bothour in Arabic) nonprofit organization came to be planted.

Opening doors to education and coexistence

The idealistic partners want to give Arab women (and men, if they so choose) a new teaching career option while improving Arab education in Israel.

“I really want to create an Arabic-speaking [or bilingual] Waldorf school in the center of the country, in Ramleh or Jaffa,” Abu-Laban Altouree tells ISRAEL21c. The youngest of her three children must commute to attend a Hebrew-speaking Waldorf school.

In addition, the women decided to use Seeds as an opportunity for advancing coexistence.

“Our seminar is bilingual, and we make sure it’s 10 Jewish and 10 Arab women in each class,” Leshem-Gradus tells ISRAEL21c. 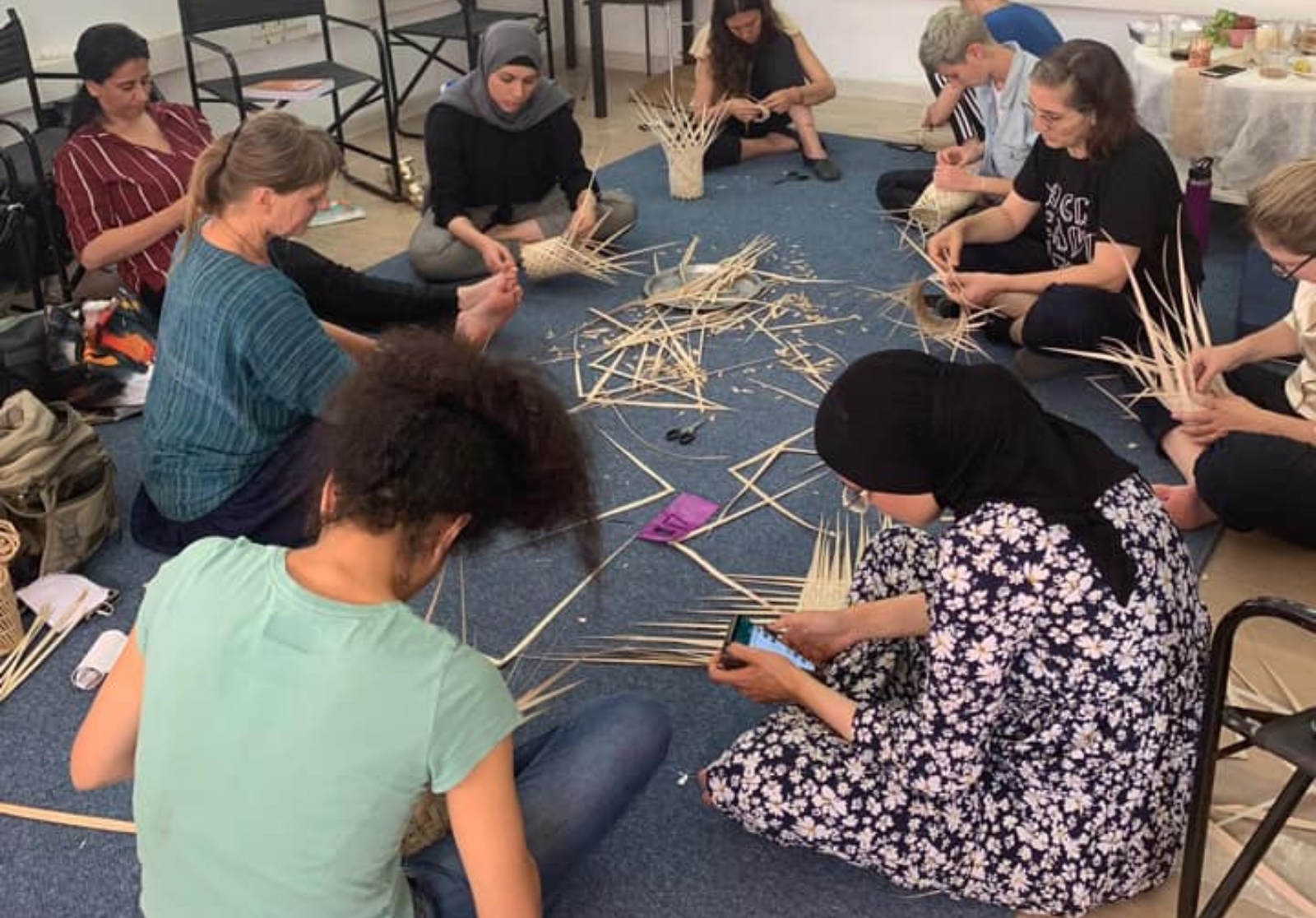 Seeds has 20 women in their second year of the weekly four-year training seminar and 20 in the first year.

“It has led to friendships we cannot even imagine between these women from different worlds– Muslim, Christian, Catholic, Jewish,” says Leshem-Gradus.

“Like me, many Israelis go through life without having relationships with ‘the other.’ This is a platform where we are not talking about the conflict but about how to build a better future for our children.” 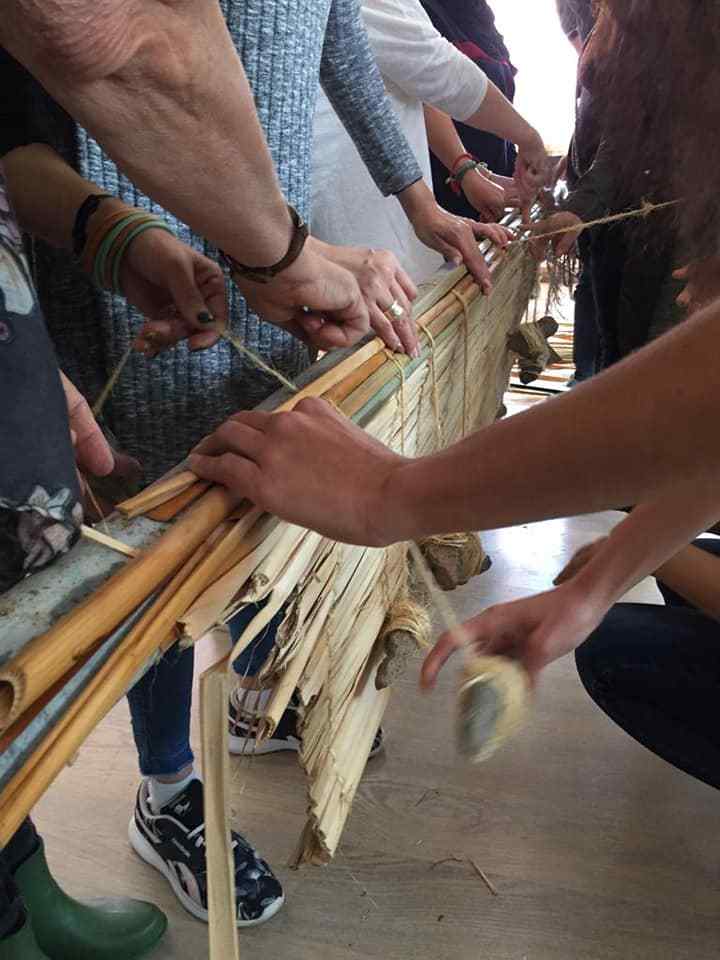 Seeds participants learning to make a mat together using traditional craft techniques. This will be an educational tool in future careers in Waldorf-style schools. Photo: courtesy

The seminar receives up to 10 applicants for every seat available. Acceptance isn’t dependent on ability to pay.

“We want women to have this opportunity whether or not they can pay for their education. This year we had the first woman who could actually pay full tuition. Some cannot pay at all,” Leshem-Gradus tells ISRAEL21c.

The women range in ages from 20 to 50, most of them mothers, from Jaffa, Ramleh, Lod, Tira and even Rahat, a Bedouin city in the South. They each share their biographical stories as part of the seminar. And they learn to teach music and crafts that emphasize renewal and preservation of heritage traditions.

“They are incredible women with good hearts, who want change but have zero financial opportunities and no connection to the outside world,” Leshem-Gradus says. “This opportunity is changing those women’s lives and helping them change many more lives.”

Leshem-Gradus and Abu-Laban Altouree, both young mothers, volunteer their time to Seeds and scrape by on donations from friends and family. “We’ve managed to survive but we need more regular funding,” Leshem-Gradus says.

“I feel like alternative education is so important and can really change everything here. Like dropping a stone in the water, it can have deep ripple effects.”

Some of the Seeds students hope to establish regular or bilingual  anthroposophical preschools or elementary schools in Arab and mixed Arab-Jewish communities.

Ten of the current cohort are working full or part time in existing standard or Waldorf schools, which are recognized by the Education Ministry. One woman had job offers from three different Waldorf schools.

Graduates wanting to continue their higher education after the four-year seminar will have the credits from Seeds accepted by Beit Berl College in Kfar Saba.

“The end goal of the Seeds initiative is to enable these women to become agents of change, creating a positive lasting impact on the lives and minds of as many children and families as possible,” say the partners. “This way, we hope to create, for the first time within the Arab society, a real chance for equality and social mobility on a large scale.”