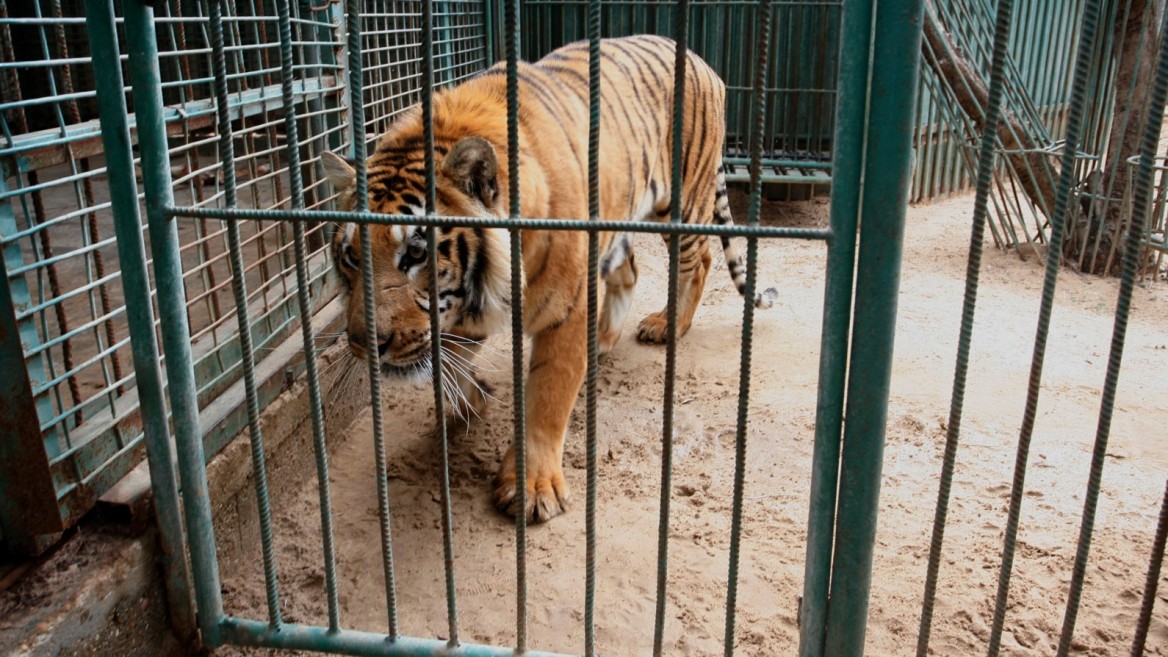 It was no easy feat getting help to the inhabitants of the Gaza Zoo and to other wild and domesticated creatures in an area hostile to the Jewish state. But Eti Altman, co-founder and spokeswoman of Israel’s largest animal-welfare organization, Let the Animals Live (LAL), is tenacious in her mission to alleviate suffering.

Since its beginnings in 1986, LAL has sheltered and found homes for 35,000 dogs and cats, neutered 50,000 strays, and provided veterinary care to thousands of abused horses, donkeys, crocodiles, dolphins, camels, and members of other species.

LAL’s lobbying efforts have resulted in Israeli legislation banning practices such as exportation of dogs and cats to the Philippines for food; “entertaining” dog fights and matches between men and crocodiles; baboon breeding for experiments; university laboratory experiments on monkeys; and the exploitation of wild animals by circus owners. It is also working to stop the importation of live animals for slaughter.

Altman’s assistant general manager, Ilan Lusky, explains to ISRAEL21c that the organization first learned that lions in the Gaza Zoo were in distress at the end of 2007. Their food supply was limited because of blockades in the wake of attacks on Israeli border towns.

Altman made phone call after phone call to Hamas government officials, determined to take the lions to a foster home in Israel. The offer was consistently refused.

But as the dawning of 2009 brought with it retaliatory Israeli raids on Gaza, Altman renewed her efforts to assist the zoo.

“We found out that the situation there was terrible,” says Lusky. “Many animals died in the bombings, and the remaining animals were living in poor conditions. We said, ‘Let’s put politics aside and take care of the animals.’ We were not giving up.”

Altman worked around refusals of direct aid by establishing contacts with government officials and Palestinian and international animal-relief groups such as Veterinary World Service. The Israeli Ministry of Defense granted permission for the entry of 30 truckloads of oats, hay, and veterinary supplies into Gaza. LAL volunteers brought in the goods over a period of weeks and transferred them to local Arabs for delivery. The last two trucks were dispatched on Tuesday.

An official “thank you” was neither forthcoming nor anticipated.

“We’re not waiting for medals or prizes,” says Lusky. “Officially, they don’t want our help. But we did get thanked by our international partner groups, and we know from our Palestinian contacts that the donations went to the right places.”

LAL also launched a campaign to bring relief to pets affected on both sides of the conflict. Many pets were abandoned when their owners fled, or went hungry because they were unable to earn a living while under siege.

During the war, Altman went to hard-hit southern Israeli cities with veterinarians and other volunteers to help local animal-welfare groups rescue homeless animals and distribute donated food. This initiative has extended beyond the ceasefire.

“There is an unbelievable situation with deserted pets in bombed cities such as Sderot and Ashkelon,” says Lusky. “These cities are trying to take of their people, and there is no money for the animals. Because of budgetary constraints, animals are at the bottom of the list.”

LAL’s shelter in Ramla houses 200 dogs and 70 cats, some of them war refugees. Lusky coordinates volunteers at the shelter, and welcomes help from tourists.

If LAL can raise enough money, it will set up free veterinary clinics in war-ravaged areas. In cooperation with Israeli pet supermarket Pet Point, it is offering emergency care packages for purchase through letlive.org.il.

And if donors are found to foot the bill of $170-$350 per truckload, LAL hopes to continue sending aid to the Gaza Zoo and to domestic animals in Gaza.

In fact, although offers to find new homes for Gazan animals in Israel still are being rebuffed, Altman dares to hope that a continuing relationship can ease hostilities.

“In light of this humanitarian effort, I have no doubt we can save many of the animals in the place,” says Altman. “I am hoping that through the animals we will be able to draw the two sides closer together.”

UNCOVER ISRAEL - Get the ISRAEL21c
Weekly Edition free by email
Sign Up Now!
Bring Israel's story to life.
Millions of people around the world rely on us to gain a deeper understanding of Israel. We are the trusted source for original content you won't find anywhere else.
You can make a difference. Donate today to support journalism that brings Israel’s story alive.
SUPPORT ISRAEL21c
Read more on:   Social Action, Gaza zoo, Let the Animals Live