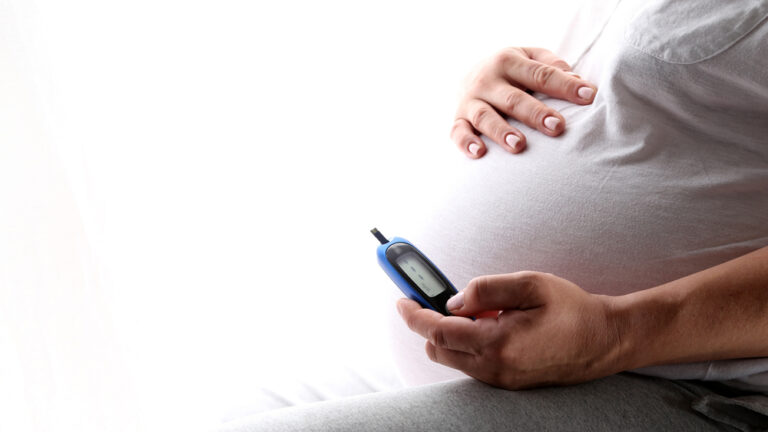 Pregnancy is a time full of wonder and excitement, but also of concern and what seems like never-ending and strange medical tests. A particularly annoying one is the glucose tolerance test, which involves drinking what tastes like pure sugar to rule out gestational diabetes.

This pleasure, however, may be replaced by a far less sickly nine-question questionnaire, courtesy of a recently developed Israeli algorithm that can predict the risk of gestational diabetes even before a woman becomes pregnant.

This is good news as gestational diabetes, which is characterized by high blood-sugar levels that develop during pregnancy in women who did not previously have diabetes, can be dangerous for both mother and child. It occurs in three to nine percent of pregnancies and is usually diagnosed between the 24th and 28th weeks of pregnancy.

The algorithm was created by scientists from the Weizmann Institute of Science, who recently shared their findings in the Nature Medical journal.

Led by Prof. Eran Segal, the researchers analyzed data on nearly 600,000 pregnancies available from Israeli HMO Clalit Health Services.They applied a machine-learning method to health records on some 450,000 pregnancies in women who gave birth between 2010 and 2017, 4% of whom had been diagnosed with gestational diabetes.

After processing the data, the algorithm revealed that nine parameters can accurately identify the women at a high risk of developing gestational diabetes. These include the woman’s age, body mass index, family history of diabetes and results of her glucose tests during previous pregnancies, if any.

To validate their findings, the researchers then applied the nine parameters to health records on an additional 140,000 pregnancies that had not been part of the initial analysis, proving them to be correct.

The findings suggest that by having women answer only nine questions, it should be possible to tell in advance whether they’re at a high risk of developing gestational diabetes and take appropriate preventive measures.Meanwhile, women identified as being at low risk of gestational diabetes may be spared the cost and inconvenience of the glucose testing.