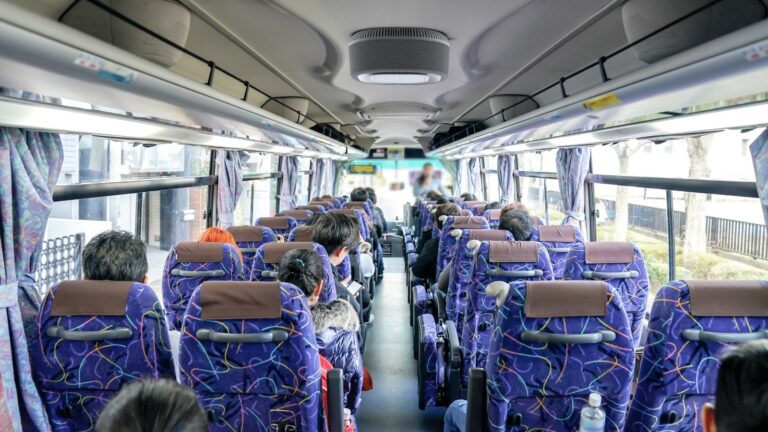 Four hundred touring coaches, repurposed to transport essential workers in the United Kingdom and Ireland, have been outfitted with air filtration and disinfection devices from Israeli startup Aura Air.

It also includes an ultraviolet LED-based component, the Sterionizer, which generates positive and negative ions to purify and freshen air.

The system’s sensors and algorithms constantly monitor and analyze particles in the air as well as temperature, humidity and carbon dioxide. Passengers can view results via an app, and alerts are sent to the driver if any levels go above a certain threshold indicating a possible hazard.

In pilots of the technology at a hotel and other locations in the United States, and at Sheba Medical Center in Israel, Aura Air neutralized various viruses, including the novel coronavirus SARS-CoV-2, at a rate of 99.9%.

Aura Air devices are sold to corporate customers such as schools, train stations and offices in Israel, Europe, the United States and the Far East, as well as to individual customers through the company’s website.

Aura Air was founded by brothers Aviad and Eldar Shnaiderman and and has 14 employees. The devices are manufactured in Israel in collaboration with Beit El Industries.

UNCOVER ISRAEL - Get the ISRAEL21c
Weekly Edition free by email
Sign Up Now!
Bring Israel's story to life.
Millions of people around the world rely on us to gain a deeper understanding of Israel. We are the trusted source for original content you won't find anywhere else.
You can make a difference. Donate today to support journalism that brings Israel’s story alive.
SUPPORT ISRAEL21c
Read more on:   News, Aura Air, coronavirus, COVID-19, Technology, Health