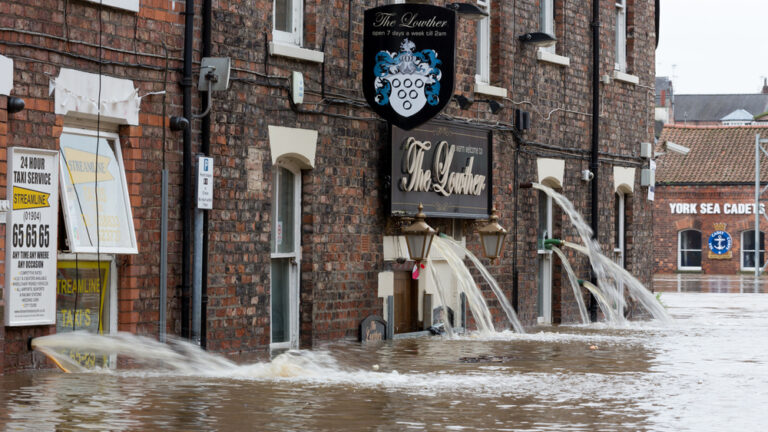 Israeli aid volunteers were welcomed with open arms upon arrival in the UK on Monday to assist flood victims, according to an IsraAID statement.

“The first team were greeted by locals with open hands and are now mapping the workloads which would include distribution of goods and gutting houses helping people repair their homes,” said Shachar Zahavi, founding director of IsraAid.

A team of four IsraAID volunteers arrived in Leeds on Monday to survey the damage there and help residents with home repairs. The Israeli relief team is also distributing food and warm blankets to those in need.

IsraAID has extensive expertise at gutting flood-damaged homes and helping to rebuild them. In July 2015, an Israeli volunteer team helped gut and fix some of the 375 homes in need of repair in Illinois in the wake of an EF3 tornado that ripped through the state.

The Israel-based humanitarian relief agency has also partaken in US disaster relief following floods in Denver, Wimberley (Texas), and Detroit, hurricanes in Oklahoma, New York and New Orleans, and wild fires in Washington, among other sites.

“We have responded to 10 floods and tornado disasters in the US and when we saw what was happening to the UK in the news it looked worse than ever before. We wanted to show the community we would be there for them,” Zahavi told the Jewish Chronicle.

Zahavi said another team of five Israeli volunteers left Israel today for the northern UK to help map the situation.

“Our volunteers will assist with the current effort being carried out and use our experience in these disasters to work out what more we can do and how,” he told the JC. River Ouse overflows into nearby street in York, UK. Photo by Shutterstock.com
UNCOVER ISRAEL - Get the ISRAEL21c
Weekly Edition free by email
Sign Up Now!
Bring Israel's story to life.
Millions of people around the world rely on us to gain a deeper understanding of Israel. We are the trusted source for original content you won't find anywhere else.
You can make a difference. Donate today to support journalism that brings Israel’s story alive.
SUPPORT ISRAEL21c
Read more on:   News, Disaster Relief, IsraAid, Humanitarian Aid, extreme weather