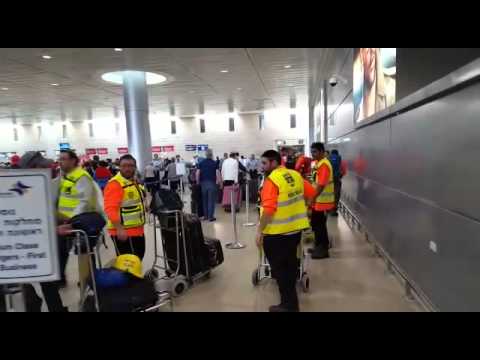 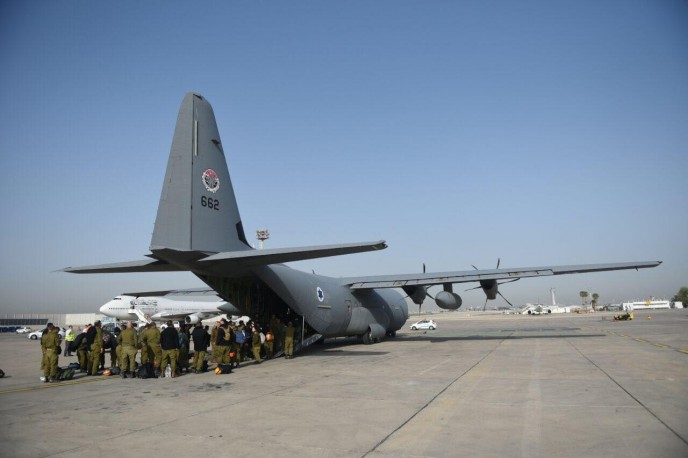 The IDF is sending a 260 strong team to help in Nepal.

As the Nepal earthquake death count continues to climb above 3,300, an Israel Defense Forces relief delegation was finally able to take off from Israel on Monday morning, following delays caused by strong aftershocks in Nepal.

The 260-member team, divided among two jets, is carrying 95 tons of humanitarian and medical supplies from Israel along with 122 doctors, nurses and paramedics to provide medical care for disaster casualties in Kathmandu.

Within 12 hours of landing, the IDF personnel plan to set up a full emergency field hospital, including operating rooms, X-ray equipment and pediatric care. At the same time, other members of the team will be available for search-and-rescue missions in coordination with other aid agencies.

Several Israeli relief organizations are in Nepal or on their way, to help rescue and treat victims, and also to find and rescue Israeli citizens there. About 600 Israelis are estimated to be in Nepal, many of them post-army backpackers, plus 25 Israeli couples bringing home babies born to surrogate mothers.

Israel accounts for one of the largest number of foreign nationals in Nepal, a popular destination for Israelis traveling after their military service. 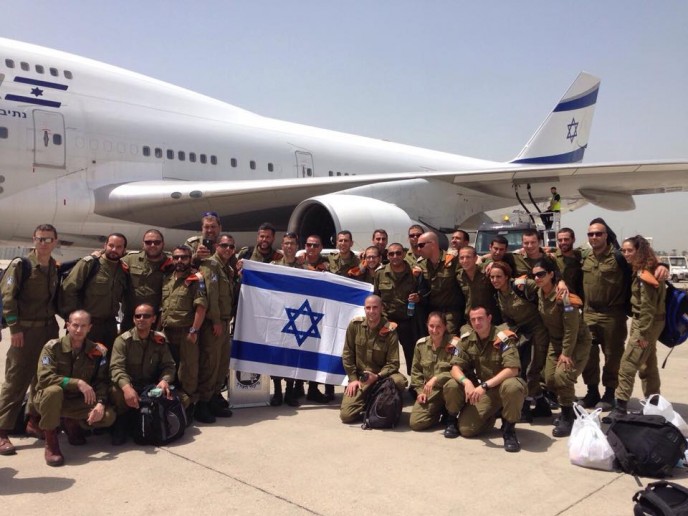 The IDF aid delegation preparing to fly to Nepal with 95 tons of humanitarian and medical supplies. Photo by IDF Spokesperson

A rescue team sent by Harel, an Israeli insurance company, rescued four Israelis trapped on Mount Everest on Monday. At least 100 Israelis in Nepal have yet to be located. Several hundred have sought shelter at the Israeli Embassy and at the Chabad House in Kathmandu.

On Sunday, an Israel Air Force plane successfully rescued three young Israelis who had been lightly injured during the quake, along with three Israeli families of infants born to surrogate mothers. When the plane touched down in Israel, Magen David Adom (MDA), Israel’s national emergency response network, was on the scene to care for the newborns and bring them for hospital checkups.

MDA, the first Israeli organization on the ground after the quake, also sent its own plane to evacuate four more parents and babies. “Our aircraft landed around noon Monday at Sde Dov, and we were there with ambulances but all the babies were fine and did not need medical attention,” MDA special projects manager Assi Dvilanski tells ISRAEL21c. 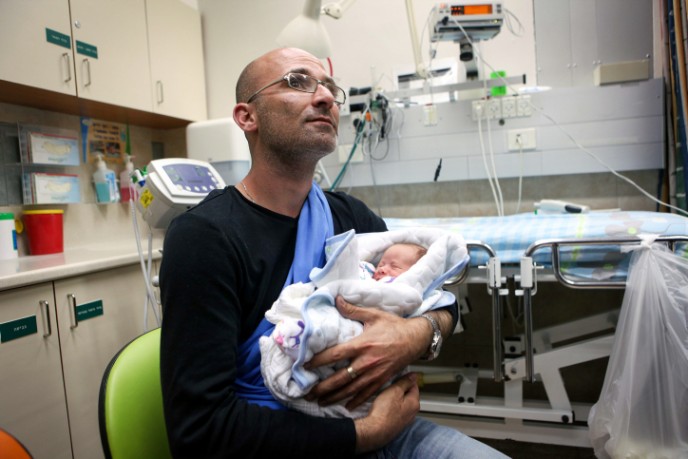 Omri Lancet and his son at Soroka Medical Center in Beersheva after their evacuation by the IDF from Nepal. Photo by FLASH90

MDA is establishing a base camp near the Chabad House. “Our first goal is to reach the Israelis and do everything possible for them,” says Dvilanski. MDA is remaining in Nepal afterward to join the general aid effort, and may send another medical delegation.

Senior IDF Home Front Command officer Brig. Gen. Yoel Strick told President Reuven Rivlin that he received hundreds of requests from Israeli aid workers wanting to be included in the relief teams. “We have set out on a mission which symbolizes all that the IDF stands for, and we are greatly proud of this,” Strick reportedly told Rivlin.

On Sunday, Prime Minister Benjamin Netanyahu told Col. Yoram Laredo, commander of the Israeli delegation to Nepal, “You are being sent on an important mission. This is the true face of Israel – a country that offers aid over any distance at such moments.”

Eli Pollack, chairman of the Israelife Foundation, released a statement explaining that his umbrella organization is coordinating help from several Israeli organizations including FIRST, ZAKA and United Hatzalah.

Jerusalem-based Tevel B’Tzedek (http://www.tevelbtzedek.org/us/), a community development nonprofit involving Israeli and diaspora Jews, already had a team on the ground because it has been working with Nepal’s needy and marginalized citizens since 2007. They are getting involved in the disaster relief efforts.

“We have about 40 volunteers on the ground, in addition to seven Israeli staff people and about 50 Nepali staff,” Tevel Founding Director Micha Odenheimer tells ISRAEL21c. “Much of our staff and volunteers are in villages not so deeply affected, but about 15 of our people are helping at the Israeli Embassy in Kathmandu, and we’re trying to assess how we can be most helpful in terms of relief.

“We’re hoping to mobilize the youth and women’s groups we work with in Kathmandu and train them to help with the relief work. Some of the villages we’ve been working in have been really hit hard, and we’re hoping to provide funding for rebuilding of houses and schools. We’re partnering with the JDC [Jewish Joint Distribution Committee] in doing this.

“In addition, one of our key people here is on the way to Nepal now with satellite phones because communication has been difficult. By tomorrow afternoon we should have good communication.”

UNCOVER ISRAEL - Get the ISRAEL21c
Weekly Edition free by email
Sign Up Now!
Bring Israel's story to life.
Millions of people around the world rely on us to gain a deeper understanding of Israel. We are the trusted source for original content you won't find anywhere else.
You can make a difference. Donate today to support journalism that brings Israel’s story alive.
SUPPORT ISRAEL21c
Read more on:   Social Action, Humanitarian Aid, Nepal