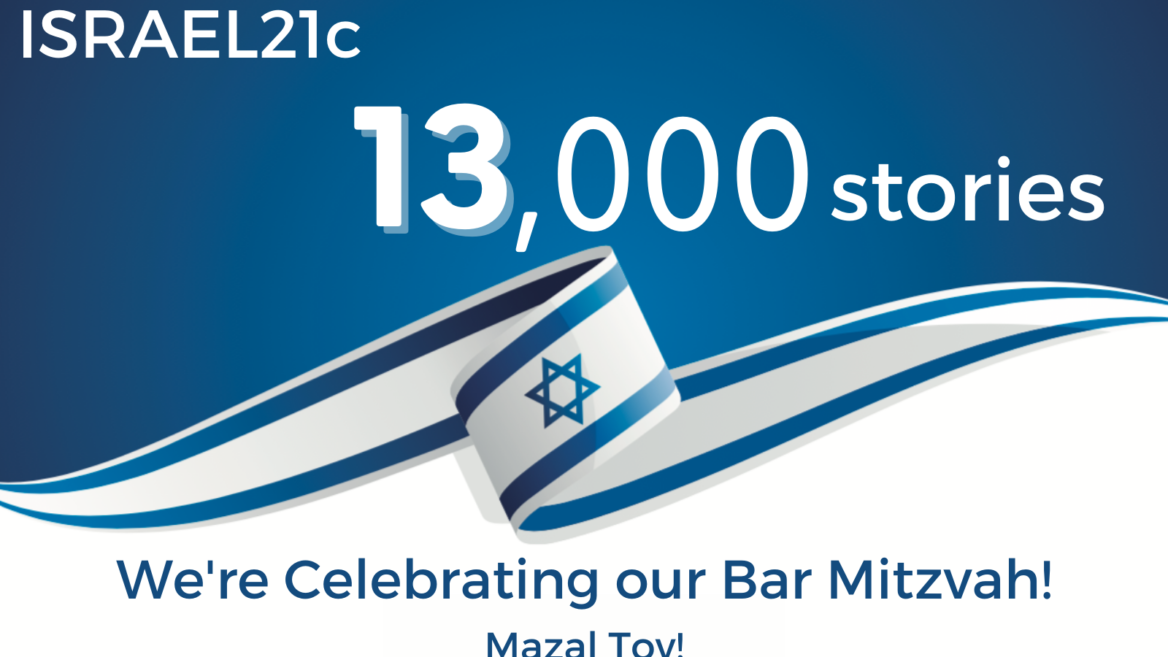 When ISRAEL21c was launched in 2001, no one could anticipate how successful the nonprofit news organization would be.

Set up to provide positive stories about Israel, at a time when the world’s media was focusing almost exclusively on the negative, it was ahead of its time — the first Israeli NGO to ignore the political situation and concentrate instead on the people, places and innovations that make the country so special.

Gradually, however, the consistent reporting and fascinating stories emerging in ISRAEL21c paved the way for a whole new approach to telling Israel’s story, bringing attention to the emerging Startup Nation, which has so impressed the world.

Nineteen years later, ISRAEL21c has just reached a significant milestone – more than 13,000 stories on our English site and counting. (You can find another 1,100 stories on our Spanish site launched in 2015.)

“This is a very special ‘bar mitzvah’ celebration for us,” said Amy Friedkin, President of ISRAEL21c. “Over the last two decades we have become the single most diverse and trusted source of news about Israel in the 21st century.

“Our stories are all originally researched and produced, and they celebrate the richness and diversity of Israeli life, opening a window for people all over the world – many of whom have little knowledge of the country — to the innovative spirit that marks Israelis and their desire to find solutions and contribute to the world.”

ISRAEL21c today reaches millions of people every week in virtually every country around the world through our website, weekly newsletter and social-media channels. In addition, our Spanish site continues to grow rapidly, and we constantly produce popular new videos for our three-year-old series 21See.

We have also created a series of DIY exhibitions that readers can either view online or download and print. These include “My Name is Israel” – about the humanitarian aid work Israel does overseas; “The Guide to Hipster Israel”; and an exhibition celebrating 70 years of Israeli achievement.

In 2017, we launched the Digital Ambassador Program, an annual paid internship program offering college-age kids across North America the chance to learn social-media skills through ISRAEL21c.