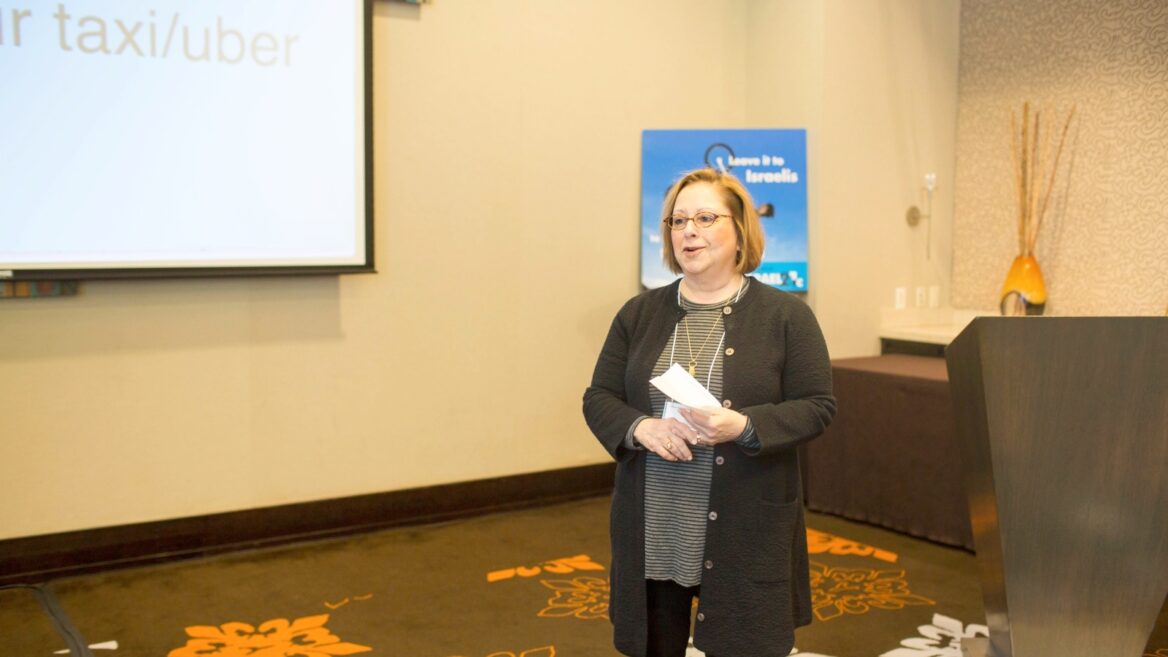 While her professional relationship with us is now coming to an end, the impact she made, and the friends she raised along the way, are forever.

“Although she probably loved all her clients, I feel that she loved ISRAEL21c a little bit more,” says President Amy Friedkin.

Indeed, Kane admits that in her work with a variety of nonprofit organizations including 75 Jewish day schools, ISRAEL21c stood out.

“I was so invested in the mission, and I developed a close relationship with Amy and [Israel Director] Nicky [Blackburn] and everybody else in the organization. It became an anchor for me and my practice and has taken up a lot of my energy and interest over the years,” she says. 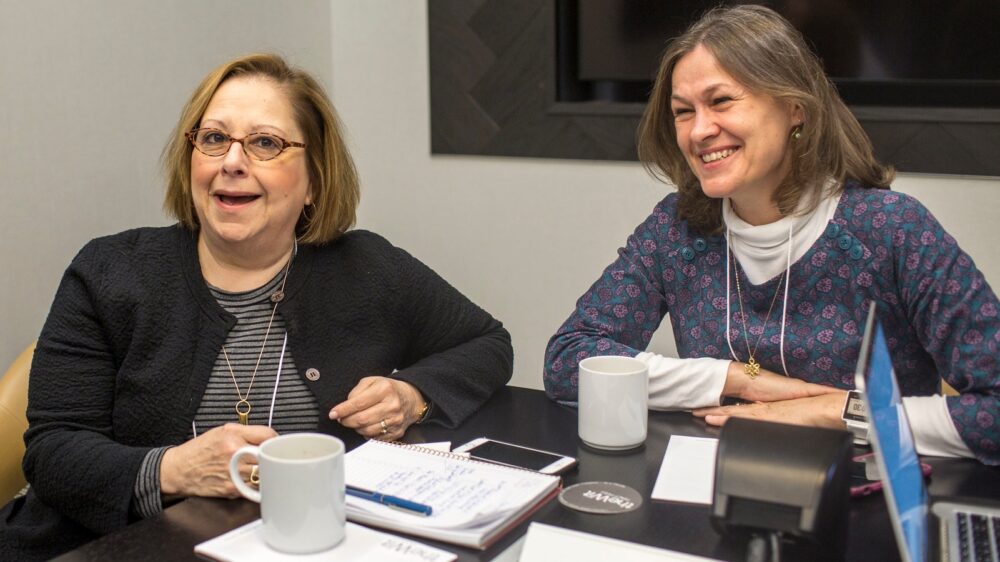 In 2003, philanthropists Charles and Andrea Bronfman agreed to host a fundraiser for ISRAEL21c in their Manhattan home. Kane was engaged to organize the event, and afterward she was asked to continue building the relationships that began there.

“And that’s what I did, on a project basis. Over the years I have written many fundraising appeals and helped develop the board and provided consulting. It just grew and grew,” says Kane.

Unusual, but it worked

The economic downturn of 2008 led to the departure of ISRAEL21c’s executive director and the organization’s future looked uncertain.

“The board asked me to do a feasibility study to ascertain whether the Jewish world found value in what we were doing and assess whether we should continue,” Kane recalls.

“I interviewed 18 or 20 professional and volunteer leaders, and the results were stunning. No one said to close the door. Everyone from the CEO of StandWithUs to the Israeli consul general in New York said we absolutely should go on because this point of view is critical in the Israel advocacy space.”

Kane embarked on raising a significant amount of foundation grant money. She and Friedkin, who had recently taken on the presidency, jointly filled the executive director’s shoes for the next 12 years.

“It was an unusual way to run an organization, but it worked,” says Kane.

“Pearl was invaluable to me during the financial crisis,” Friedkin says. “She really helped us plan for our future, worked with us on a series of options and gave us great advice on our choices. And then she stepped back and let the board make those decisions. She always wanted us to think strategically so that everything we do connects with our mission.”

Kane says, “I believe this kind of positive journalism is so important in such a negative and divided world. The relationship between Amy and me really propelled the work we did and all that we accomplished.”

She has enjoyed a warm relationship with the board of ISRAEL21c as well.

“Pearl, like her name, is a precious gem, whose passion for ISRAEL21c has been unparalleled,” says board member Jonathan Baruch.

“But what I love most about Pearl is the value she puts on family and friendship. To hear her talk about her children, grandchildren, husband, Amy, and so many others with a sense of warmth, joy and kindness is something I will always cherish,” says Baruch.

He adds that Kane built our Digital Ambassadors program with great passion.

This successful social-media engagement program, started in 2014, came out of discussions with potential donors.

“They would always ask what we were doing for college students. ‘They are suffering on campus with anti-Israel and antisemitic rhetoric, and you have to do something,’ they told me.

“So the Schusterman Foundation gave us a grant and I conducted focus groups at campus Hillel chapters across the US. I asked students if they felt they could incorporate the messaging of ‘positive Israel’ to support their Israel advocacy,” Kane says.

On every campus from Emory in Georgia to Berkeley in California, the response was a resounding “yes.”

Kane chose Rachel Poulin Minchen from  Arizona State University, a member of the first Digital Ambassadors cohort, to coordinated the program from 2018 to 2021.

“That phone call from Pearl offering me the coordinator position was lifechanging,” says Minchen, now a newlywed studying full time in Jerusalem. 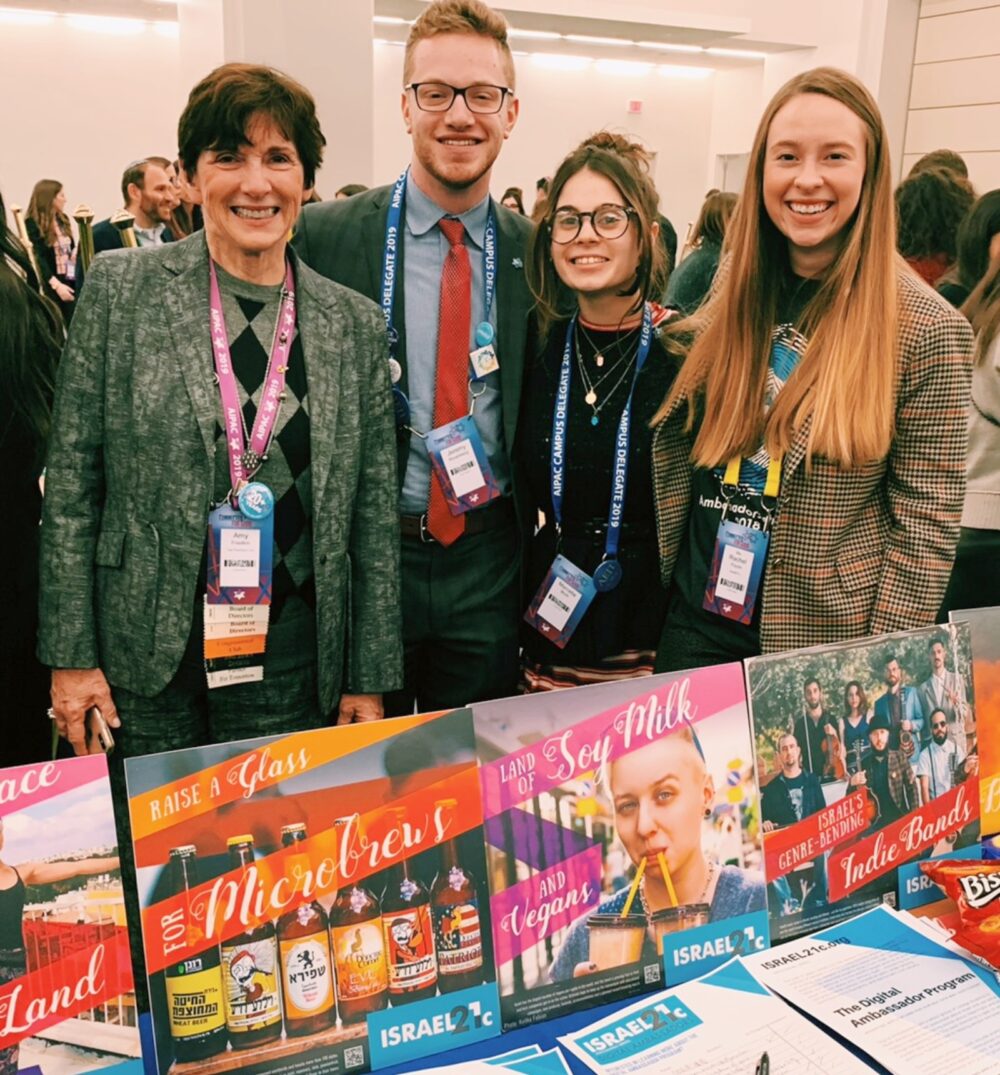 “Pearl was truly a visionary in so many ways and incredible as a boss and as a mentor. She took interest not only in my success in my position but in my success in starting a new journey in the workforce coming straight out of college,” Minchen says.

“She made sure my voice was heard and that it was an environment I felt truly a part of. She supported my ideas and helped me bring them to fruition so that immediately I was able to play a major part in the organization and that made it such a joy for me.”

In the fall of 2020, having been diagnosed with a rare auto-inflammatory disease, Kane led a search for a new executive director. Jason Harris accepted that role a year ago. 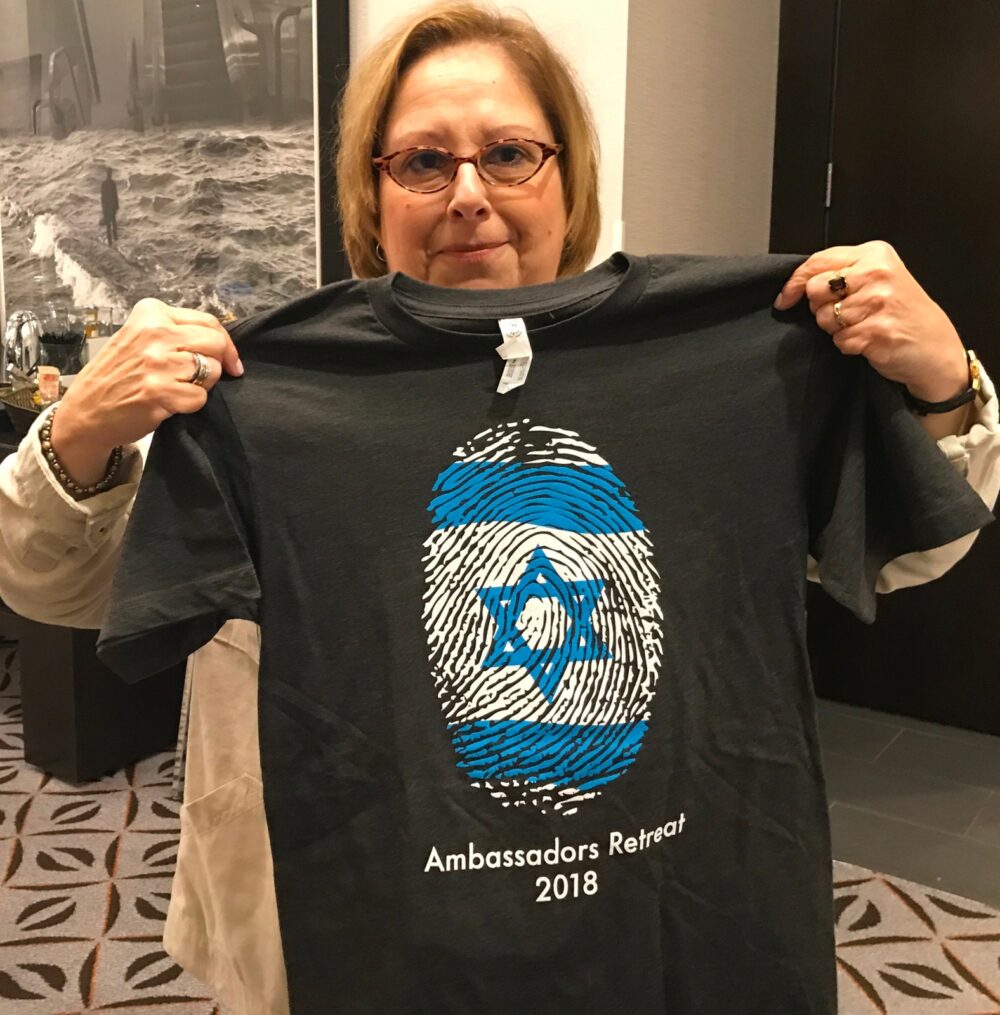 “I am not accepting labor-intensive clients anymore, though I will continue to do coaching of executive directors, boards and development staff as requested,” says Kane, noting that her consultancy business started in 1994.

She hopes to spend more time performing and studying music – she began taking voice lessons in high school — and with her husband, Paul, a longtime executive in the Jewish communal world. They have two daughters and three grandchildren.

“It’s time for me to say I’m gone but still here,” she says. “The faith and trust and respect that has been afforded me all these years at ISRAEL21c has meant professionally and personally so much to me that it’s hard to put into words.”

“Working with Pearl over the last years has been a great pleasure. She has been one of our most passionate advocates, keeping us thinking constantly about what we do and how best to do it,” said Nicky Blackburn. “We will miss her input enormously, and look forward to continuing the friendship that was forged here.”

Jonathan Baruch had no trouble crafting these words of farewell: “Pearl, thank you, we love you, we will miss you, and on a personal note I think you’re damn awesome!”

UNCOVER ISRAEL - Get the ISRAEL21c
Weekly Edition free by email
Sign Up Now!
Bring Israel's story to life.
Millions of people around the world rely on us to gain a deeper understanding of Israel. We are the trusted source for original content you won't find anywhere else.
You can make a difference. Donate today to support journalism that brings Israel’s story alive.
SUPPORT ISRAEL21c
Read more on:   ISRAEL21c Uncovered, People, Pearl Lerner Kane