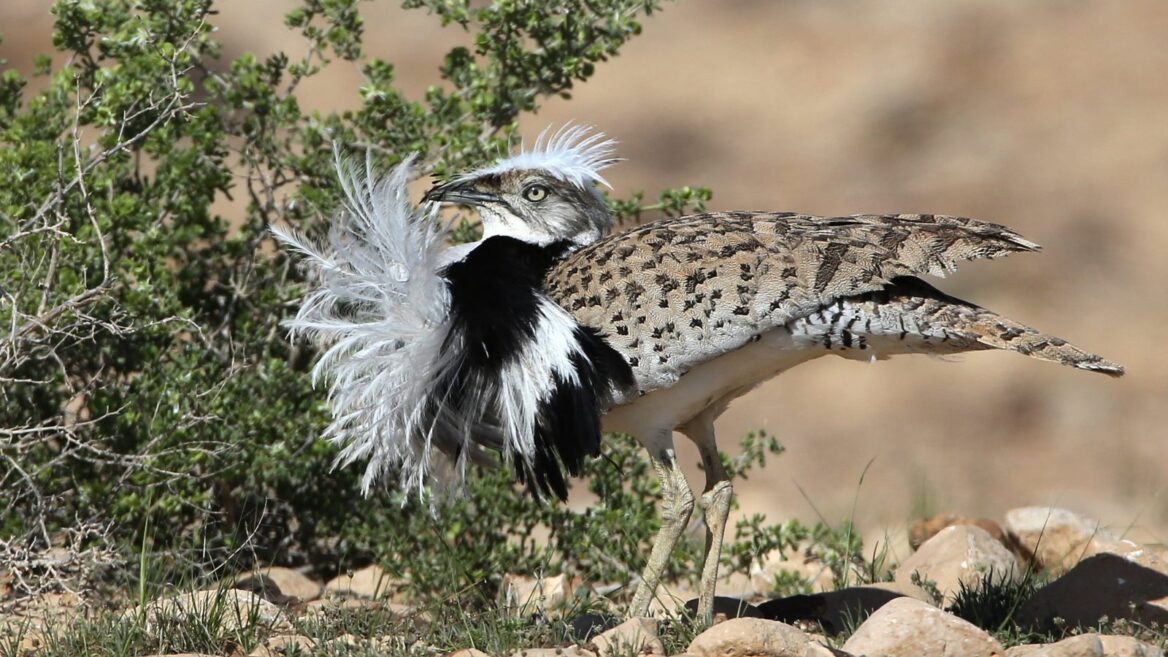 There are only 400 houbara bustards in Israel, but their small numbers don’t diminish their importance. Photo by Dr. Haim Shohat/Flash90

The Abraham Accords recently signed between Israel and the United Arab Emirates are good news not only for the people of the region, but also for its birds.

More specifically, for an endangered houbara bustard for which conservationists on both sides of the Middle East are now joining hands to preserve.

Houbaras of different kinds reside in the area stretching from Mongolia to the Canary Islands. In Israel, their population numbers only 400, but that does not diminish their importance – they’re an iconic desert bird and flagship species whose existence is telling of the state of their ecosystem. 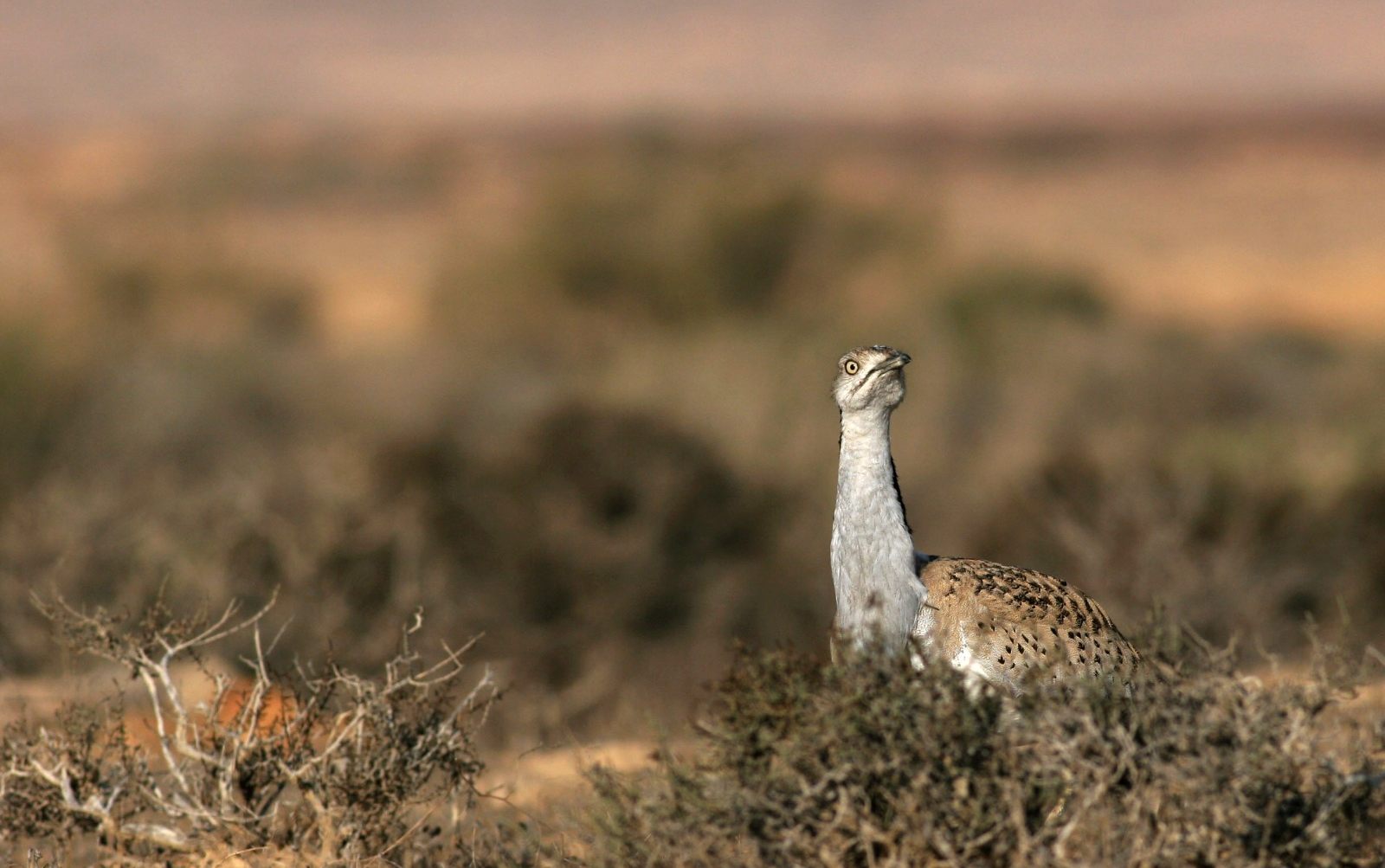 The houbaras are environmental indicators that point to the well-being of their ecosystems. Photo by Asaf Mayrose

“They’re an environmental indicator. They mean that a wide variety of animals, from insects and plants to little mammals and reptiles, exist in the system,” explains Ohad Hatzofeh, the Israel Nature and Parks Authority’s avian ecologist.

“Mankind, with its technology and its ability to reach everywhere, has been hunting them, hurting them and harming their habitat, and there’s a global effort to preserve them both as a group and this specific species, the houbara bustards,” Hatzofeh says. 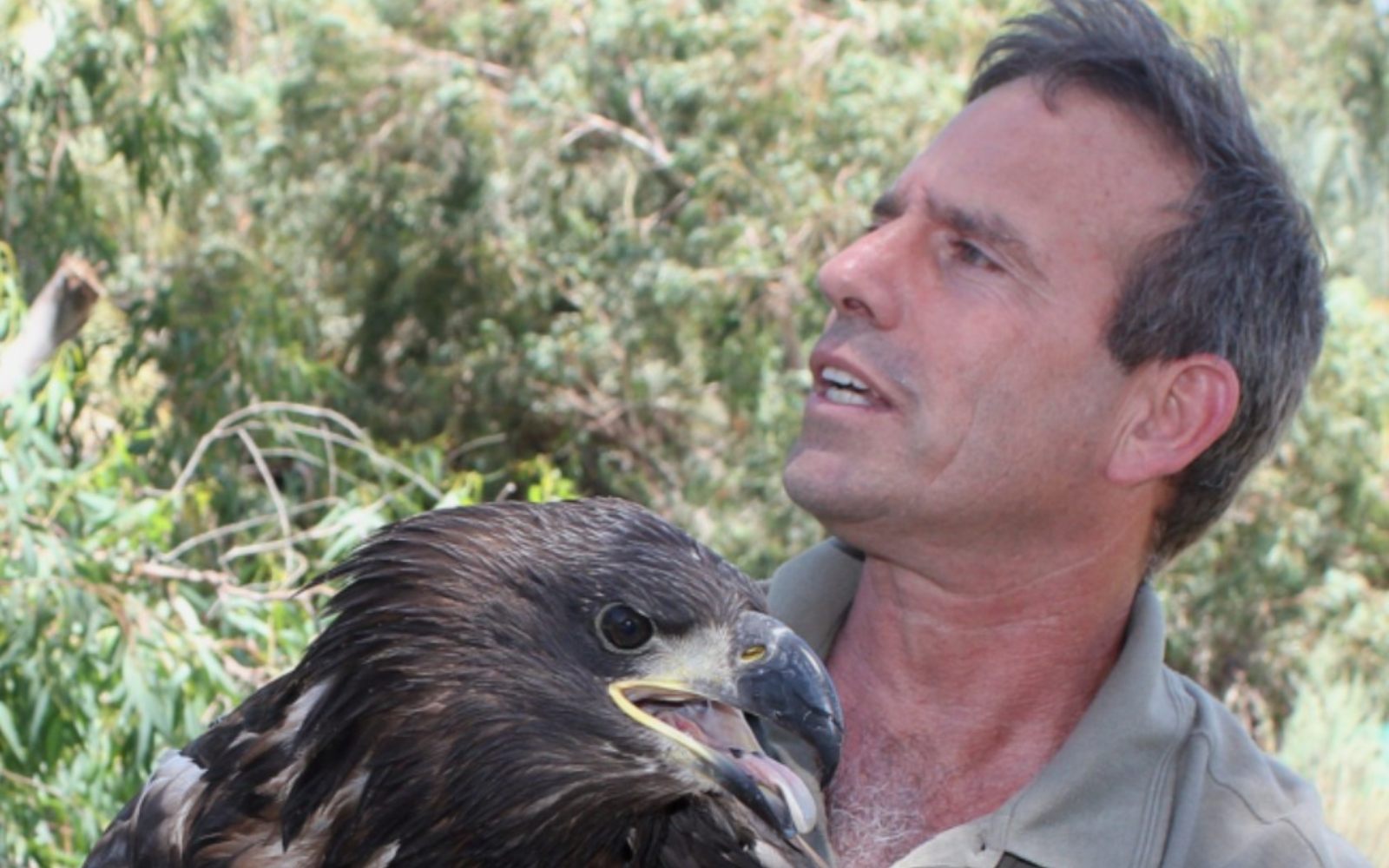 INPA has been working for the past 20 years to try and preserve them by declaring their habitats as nature reserves and preventing them from being hunted.

It was about to begin a renewed effort to determine a space conservation plan when the normalization of ties between Israel and the UAE took place.

As part of this normalization, INPA raised topics of interest and the Emiratis responded favorably to the issue of houbara conservation. The result is a memorandum of understanding for a five-year research cooperation project with Abu Dhabi’s International Fund for Houbara Conservation. 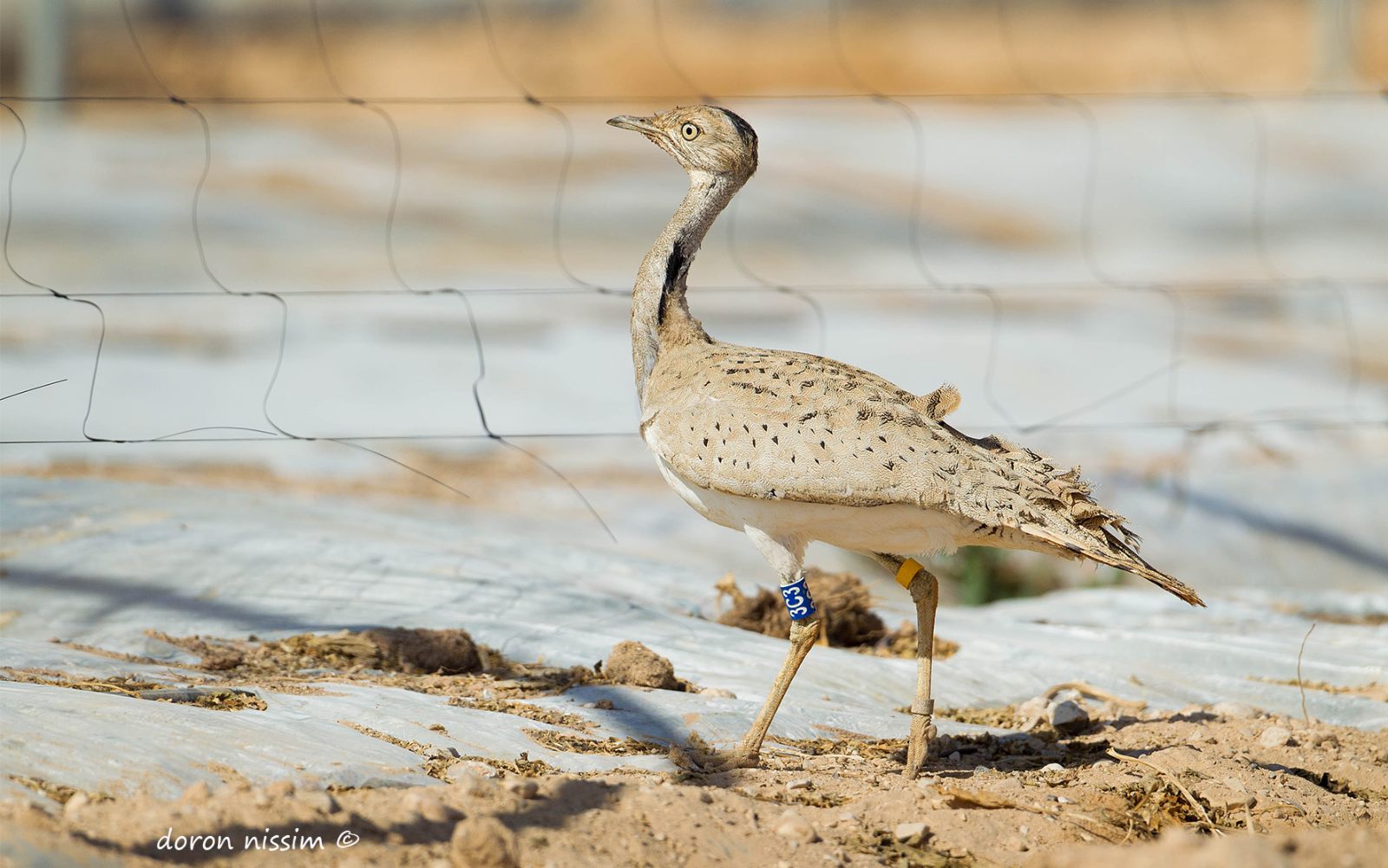 Emiratis are leading houbara conservation projects across the world and the upcoming joint research with Israel is part of that effort. Photo by Doron Nissim/INPA

“From our point of view, it’s not good and even obscene, but they understood that the species will become extinct and they won’t have what to hunt and they’re taking responsibility for it,” he says. “They want the populations to become larger so that they can also hunt them.”

This, he says, is called sustainable use, and while it’s not practiced in Israel – where hunting is illegal – it does take place in different places across the world.

As a result, the Emiratis are leading houbara conservation projects internationally and the upcoming joint research with Israel is part of that effort.

“They’re leading houbara conservation efforts of the highest professional standards from Morocco to the Far East,” he says. “They know that Israel has one of the most stable populations — that is, a population that doesn’t migrate. The Israeli population, despite it naturally being small because we’re a small place, is one of the places where the population has kept its numbers.”

The Israeli houbara population, he adds, is also of interest to the Emiratis because it is genetically unique.

Meetings between both sides are now taking place via Zoom because of Covid-19, but Hatzofeh already visited the Emirates for his research many years ago.

“The ultimate goal is the preservation of the houbara, both for them and for us,” he says. “For them it’s about lowering the risk of extinction. For us, it’s about having the right tools to look after them and consequently for their population to improve, grow and be protected.”

“We’ll start with the houbaras because they’re an umbrella species. Protecting them creates a lot of protection for other species on the ground,” he concludes.