“We are very happy to see the collaboration between our nations continuing to bud and prosper.”

On August 13, 2020, an extraordinary event transformed the Middle East: Israel and the United Arab Emirates signed a joint statement of intent to normalize diplomatic relations.

Formalized at the White House in September,  the historic Abraham Accords opened wide a door that seemed hopelessly shut between the two countries.

True, discreet business had been conducted between Israelis and Emiratis for years, and Israelis holding foreign passports had quietly entered Dubai and Abu Dhabi.

But the Abraham Accords changed the game, with direct flights and direct phone calls linking businesspeople, government officials and ordinary citizens who’d long been curious about one another.

Every day brought another “first” between Israel and the UAE.

In October, Etihad Airlines launched a Hebrew-language website to help Israeli travelers book reservations. Thousands of Israeli tourists flooded the UAE until Covid-19 put a temporary stop to that.

The flurry of activity following the Abraham Accords spanned everything from an Israeli lingerie ad shoot in Dubai to ambitious collaborations in agricultural and medical research. 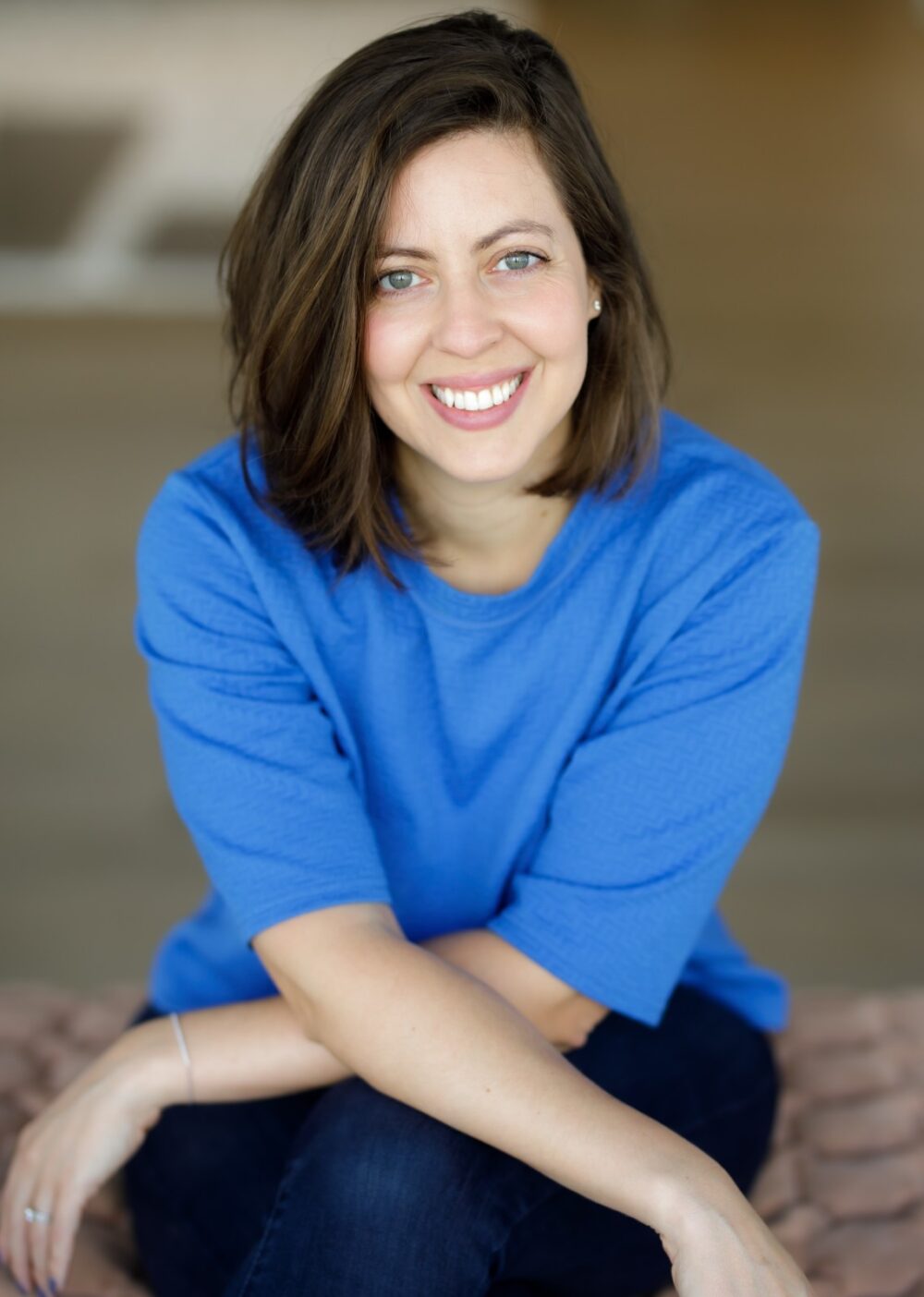 Noa Gastfreund, managing director of The Hybrid and cofounder of the UAE-IL Tech Zone. Photo by Omer Hacohen

One of the most remarkable results of the Abraham Accords was the March announcement of a $10 billion UAE investment fund earmarked for the Israeli energy, manufacturing, water, space, health-tech and agri-tech sectors.

Dubai-based investor and fund manager Dorian Barak, cofounder of the UAE-Israel Business Council, estimates that nearly $500 million in business was conducted between Israel and the UAE in the first year following the Abraham Accords.

“You’re going to find Israeli businesses setting up companies in the UAE to use it as a base for targeting commercially the greater Middle East,” says Barak. 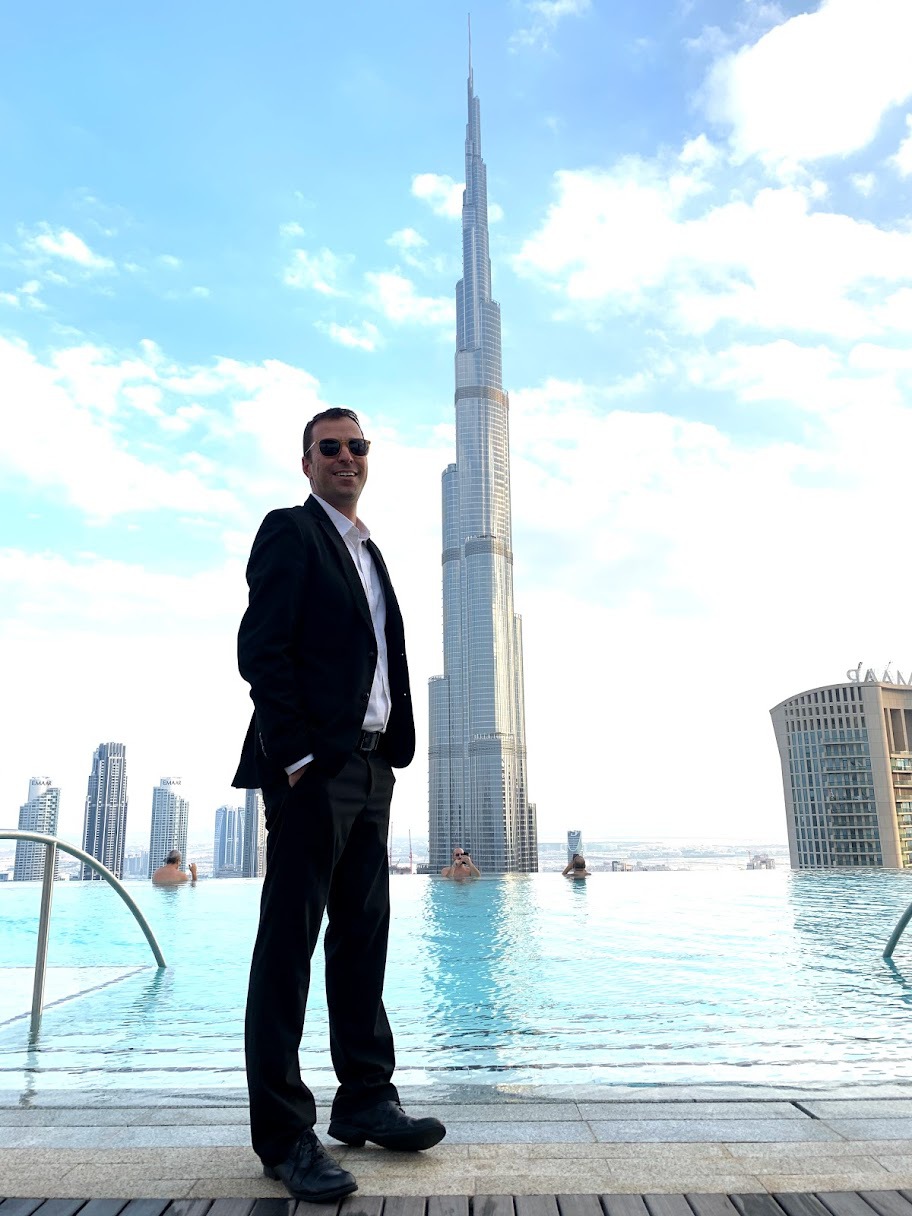 Many opportunities are arising in Gulf and Far East nations, adds high-tech veteran Gilad Carni, founder and CEO of the UAE Israel Innovation Office, a for-profit venture facilitating business between the UAE and Israel.

“In the past, big Israeli players were able to sell to these countries by opening a company in Europe but today even smaller companies without the financial ability to open offices in Europe can do this through UAE distributors,” Carni tells ISRAEL21c.

For example, Carni’s office got an Israeli construction-tech company involved in a tender for a multimillion-dollar project in a country Israel does not have relations with, and brokered a deal to sell dates to an Asian country that Israel does not have ties with, all via the UAE.

“There’s a lot going on businesswise,” says Carni, although the pace of splashy announcements is slower as the work of implementation goes on behind the scenes.

Israelis have learned that deals will not progress at the speed to which they are accustomed.

“Israelis tend to fly out to a business meeting and then go home. Emiratis are all about relationships. You’ll go to dinner, meet their families, talk about anything other than business to build the personal relationship first,” Carni explains. “It takes time, but if you’re there for the long run it pays off.”

About 120 businesspeople, officials, academics and students from both countries communicate regularly through the forum on WhatsApp, Zoom and, when possible, in person.

“It’s a place for people to share and build trust. We are creating the bonds between people that will help us overcome periods of tensions that will certainly come,” says Fredman.

“The forum has been, and I hope will be even more so, a springboard for collaboration in all fields — in business, innovation, culture, education, and interfaith dialogue.”

When Israel decides the Covid situation allows for reopening its borders to UAE visitors, Carni expects a flood of business travel on the three-hour route to Tel Aviv.

“I have a list of UAE businesspeople just waiting to get on a plane and come here and build those relationships,” he says.

Abdulla Baqer is one of those Emiratis waiting to get on a plane.

The president of the UAE-Israel Business Council, and director of Endemaj Funds global investment and advisory house, Baqer wants to come to Israel for a month to learn its culture. 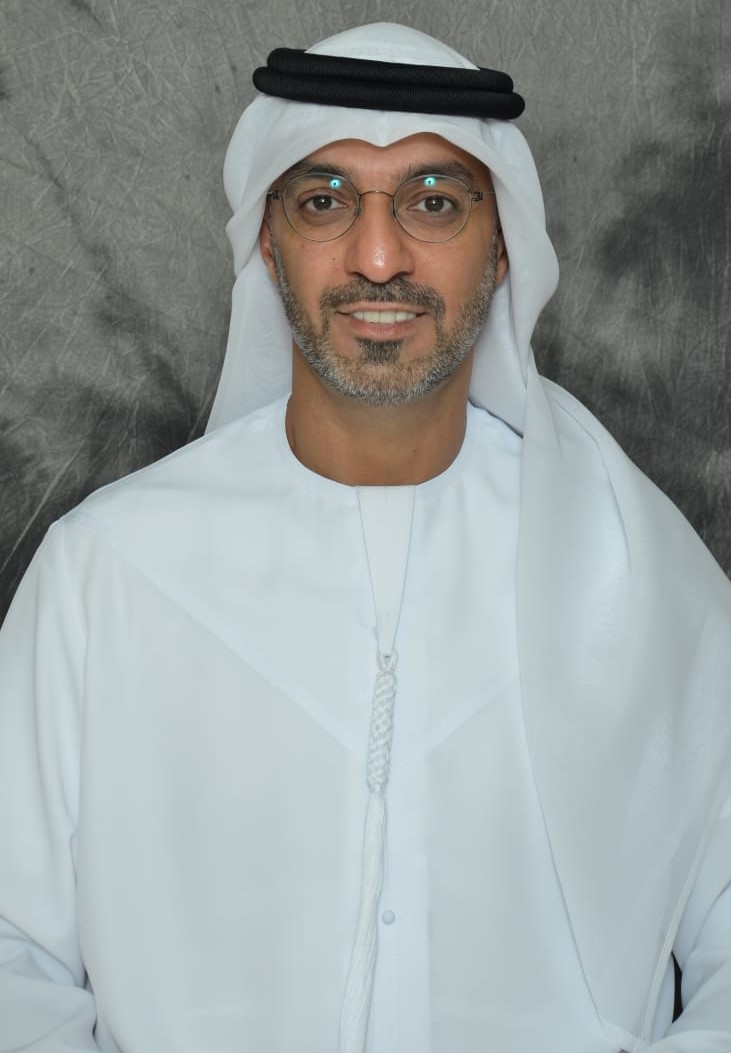 “I’ve had many invitations,” he told participants in a Zoom event marking the June 14 opening of the United Arab Emirates Embassy in Tel Aviv.

The UAE, he said, is the region’s top trade and financial hub, while Israel is the regional leader in technology and innovation.

“We have the world’s two most dynamic economies. A lot of experience can be transferred between the two countries for the benefit of both and for the whole world. Everything is possible if we sit together and have a dialog and understand each other,” Baqer said. 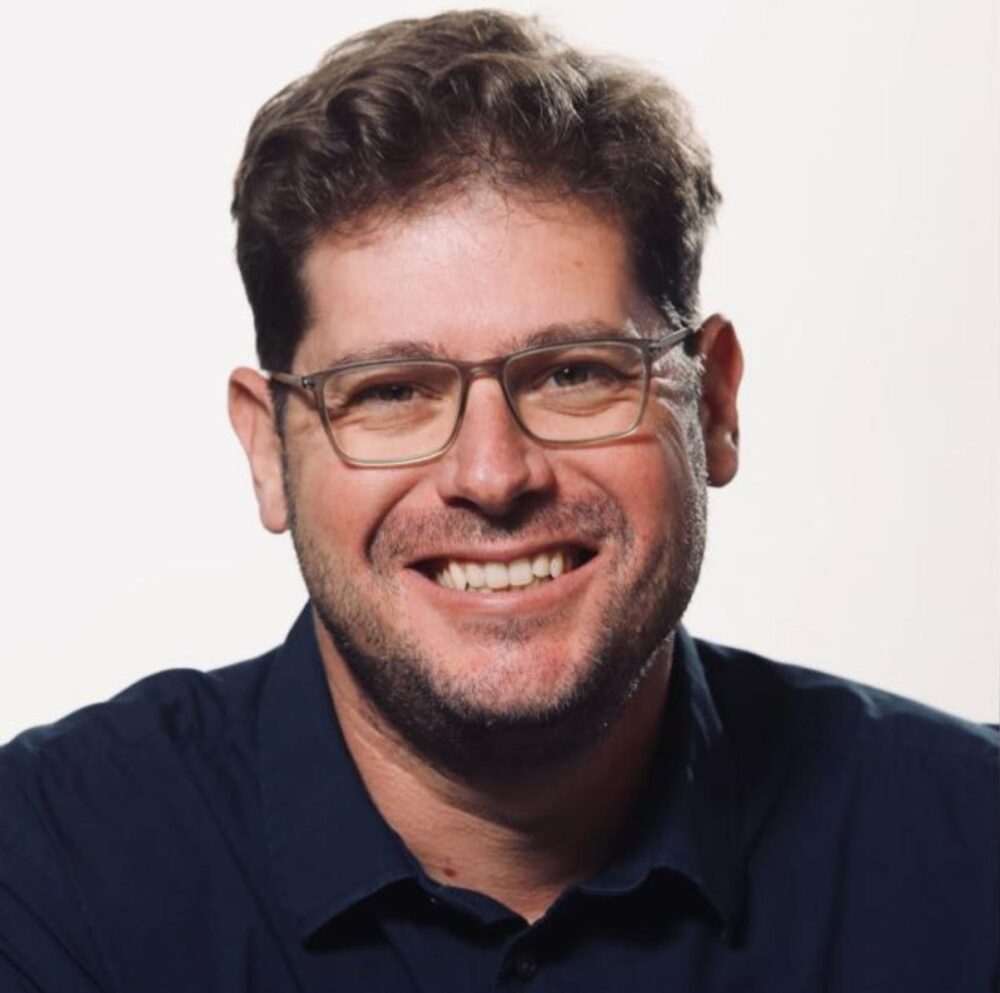 Yoel Guzansky, a senior research fellow at the Institute for National Security Studies in Israel. Photo courtesy of Media Central

Fellow speaker Yoel Guzansky, a senior research fellow at the Institute for National Security Studies in Israel, said strong personal connections and religious openness will ensure the durability of the Abraham Accords.

“With Egypt we don’t have connections between the people. It’s a different model with the UAE, a language of tolerance. But beyond words, the UAE is taking actions such as building a synagogue/mosque/church complex and changing some of the wording in textbooks,” said Guzansky.

Barak, of the UAE-Israel Business Council, says he was surprised at how openly Emiratis embraced Israelis.

“This wasn’t just governmental; this has really become a people-to-people peace that is genuine and heartfelt,” Barak tells ISRAEL21c.

Baqer and Guzansky pinpointed food security, healthcare, investment and finance, education, logistics, security and defense as areas where the Abraham Accords can be a gamechanger for the Middle East and beyond.

A recent example of healthcare cooperation is a July 11 memorandum of understanding (MoU) between the Department of Health-Abu Dhabi and Sheba Medical Center in Israel to collaborate on advancing medical research, healthcare and telemedicine services, sharing knowledge and best practices, and positioning Abu Dhabi as a prominent destination for medical tourism.

Baqer mentioned a cargo logistics company under development by the UAE and Israel.

“It will be the Uber of logistics. All the big companies like FedEx, DHL and Emirates Airlines will use our facilities because it will be cheaper and faster,” he predicted. “This will boost the economy and create a lot of jobs for both countries.”

In the area of food security, Carni’s office matched an Israeli agri-tech company with an Emirati project to grow rice in the desert.

“This didn’t receive proper attention in the media but it’s important. Academic agreements can enhance people-to-people and economic and government cooperation,” he said.

“We are interested in becoming a global player on food and water security policy,” Almheiri said. “We have access to 2 billion consumers through our ports and airlines and you have the technology. We would love to import your spirit of entrepreneurship to our youth.” 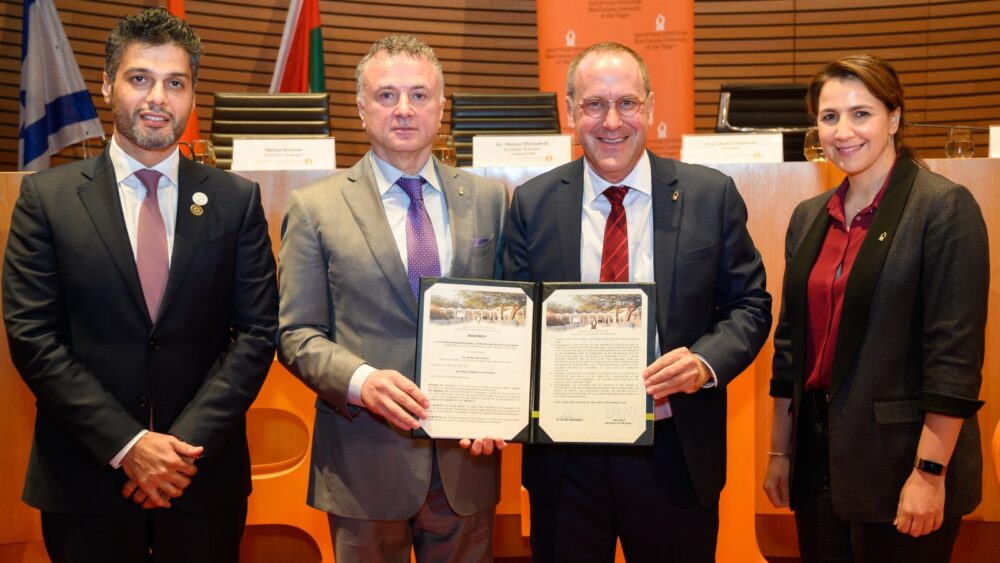 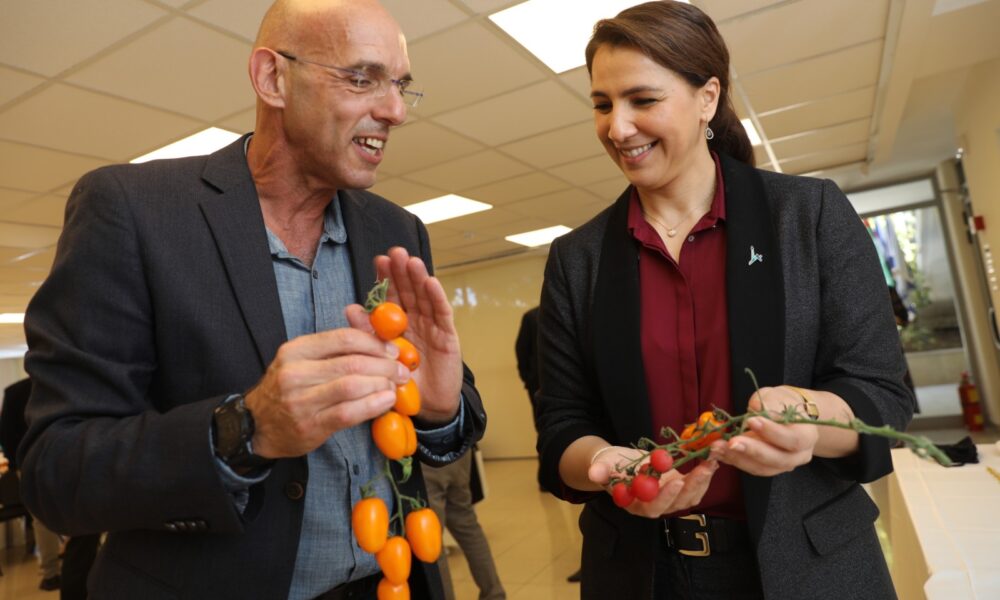 Sami Bashir, director of technology management and innovation at Khalifa University’s Khalifa Innovation Center in Abu Dhabi, told a meeting of the UAE-IL Tech Zone that his office is “finalizing several collaborations with [university] tech-transfer offices in Israel” and invited Israeli students to “come and visit if you want to validate your business models in our incubator.”

While joint ventures and technology exports are flourishing in the wake of the Abraham Accords, early-stage Israeli startups have largely been left out of the picture.

“Emiratis are not huge investors in early-stage technologies,” Barak says.

“When the normalization started in August, a lot of Israelis went to Dubai to semi-vacation and semi-check out business possibilities with the hope of meeting rich locals and raising money,” Carni says.

It turned out that Emiratis didn’t want to throw money at Israeli startups. New founders got the message and stopped asking.

As Carni notes, “Israeli businesses are getting plenty of capital without the Emiratis anyway.” Indeed, the first half of 2021 saw Israeli high-tech startups raising a record $11.9 billion.

Startups that successfully scale up over the next few years are likely to find that they didn’t miss their chance in the UAE.

Emirati officials and businesspeople, Carni explains, think strategically about “where they want to be in five, 10, 20 years” and will look for Israeli companies strongly positioned to help them meet those goals.

Naama Barak contributed to this report.​

UNCOVER ISRAEL - Get the ISRAEL21c
Weekly Edition free by email
Sign Up Now!
Bring Israel's story to life.
Millions of people around the world rely on us to gain a deeper understanding of Israel. We are the trusted source for original content you won't find anywhere else.
You can make a difference. Donate today to support journalism that brings Israel’s story alive.
SUPPORT ISRAEL21c
Read more on:   Technology, Business, investment, UAE-Israel, Abraham Accords