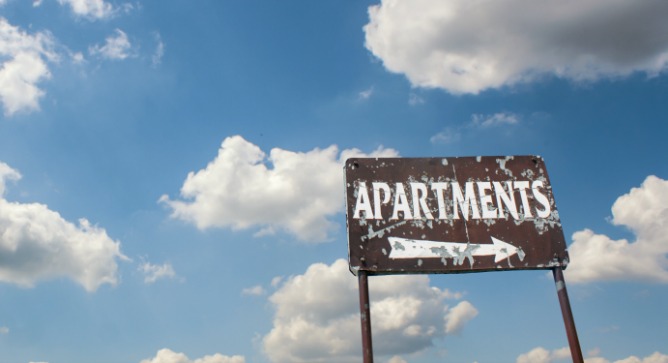 Flying to Israel? Find an apartment to sublet via the Internet. Image via Shutterstock.com

When Rob Halle of Phoenix, Arizona, decided to take an extended vacation in Israel, he entered “apts for rent in Jerusalem” in the Google search box and discovered a bunch of listings on Airbnb, a site that matches travelers with homeowners in 192 countries.

Halle booked a three-month stay at a studio apartment with a separate entrance from the home of the Jerusalem family that sublets it.

“The location looked good, the price was right and the people looked like my kind of folk,” Halle tells ISRAEL21c. “Turned out the family was the best part of my stay in Israel.”

The tourism trend of renting or subletting a residential abode, rather than a hotel room, is booming across the world as exemplified by the rapid growth of Airbnb (short for Air Bed and Breakfast) and similar websites.

“That has doubled from this time last year,” says Paula Kadelski, a Berlin-based spokeswoman for Airbnb, founded in San Francisco in 2008.

“In 2013 alone we’ve added nearly 3,500 listings across Israel,” she tells ISRAEL21c. “The cumulative number of guests staying on Airbnb in Israel has increased 415 percent in the last year.”

While New York City will need to amend local laws to allow residents to rent out their own homes without the threat of government intervention or fines, Israeli cities have embraced this new twist in tourism.

“We have only 8,000 hotel rooms and that’s not enough, so we welcome and encourage this trend,” Tel Aviv spokeswoman Mira Marcus tells ISRAEL21c. “We understand the growing thirst to experience Tel Aviv as a city.”

Brooklyn law student Alana Weber won a summer internship at Ramat Gan’s Academic Center of Law and Business last year. She wanted to find a sublet in nearby Tel Aviv, preferably in the same neighborhood where one of her childhood friends now lives.

Weber scanned listings on Yad Shtayim, an Israeli secondhand site, and joined a few Facebook groups of people looking for Tel Aviv sublets. When those didn’t pan out, she turned to Airbnb.

“It was really easy to find something,” she tells ISRAEL21c. “A lot of the listings were shared apartments, but I didn’t feel comfortable living with strangers for five weeks. The apartment I took was kind of a studio, at the same price as my New York rent — $1,200 for the month. It was definitely worth it.”

One of her fellow interns wasn’t so lucky. His South Tel Aviv rental through Airbnb had cockroaches, and he shared the apartment with “all sorts of strange tourists,” according to Weber.

It’s unlikely that the owner will get much more business, thanks to online ratings. The ability to vet both hosts and guests is one of the safety perks of vacation apartment rental sites. Because the site does not transfer the money to the host for a few days, tourists also have the option of backing out with no loss.

A positive experience in Israel

“In Israel over the past two or three years, there is an increase in incoming tourism but a decrease in hotel stays, so we see that more and more people prefer staying in apartments,” he tells ISRAEL21c.

“There are hundreds of short-term apartments in Tel Aviv and Jerusalem. This is good news because it is a more affordable solution, especially for families that would have to book more than one hotel room.”

A three-bedroom apartment in the city center typically costs $230 per night off season. “I believe many tourists wouldn’t come if they had to rent three hotel rooms, and with an apartment they also get a kitchen and living room,” Shapira points out.

The “open-skies” deregulation agreement taking effect next April with European countries is expected to boost tourism to Israel by 20-30%. “That will push up demand [for apartments] among mid-priced tourists,” Shapira predicts.

A positive experience in Israel

“Tal Stone” (who requested not to use her real name), the woman who sublet the separate studio of her Jerusalem cottage to Rob Halle, says she cleared the idea with her landlord before beginning to advertise on local Yahoo groups and Craigslist about two years ago. She generally charges $52 per night with a three-night minimum. 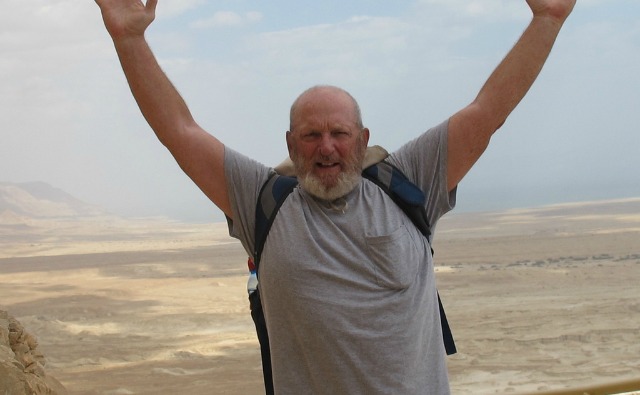 Rob Halle spent three months in a Jerusalem sublet, and got to know the family living in the attached cottage.

“We’ve had tourists from the United States, South Africa, South America, Portugal, France, Germany and Russia,” the American expatriate tells ISRAEL21c. Since it’s been listed on Airbnb, the studio is occupied 90-95% of the time.

“It’s been really nice to meet different people and get to know them. We invite them for a Shabbat meal if we can. The income is a big advantage for us, and we really enjoy giving people a positive experience in Israel.”

The various matchup websites offer protection in the form of security deposits and/or insurance for host and guest.

Halle wasn’t concerned about that. “I have never bought travel insurance in 45 years of travel. The deposit was on a credit card, so I was protected there,” he says. “The price and location in central Jerusalem were my highest considerations.”

UNCOVER ISRAEL - Get the ISRAEL21c
Weekly Edition free by email
Sign Up Now!
Bring Israel's story to life.
Millions of people around the world rely on us to gain a deeper understanding of Israel. We are the trusted source for original content you won't find anywhere else.
You can make a difference. Donate today to support journalism that brings Israel’s story alive.
SUPPORT ISRAEL21c
Read more on:   Travel, Experience Israel, sublets, short-term, Airbnb