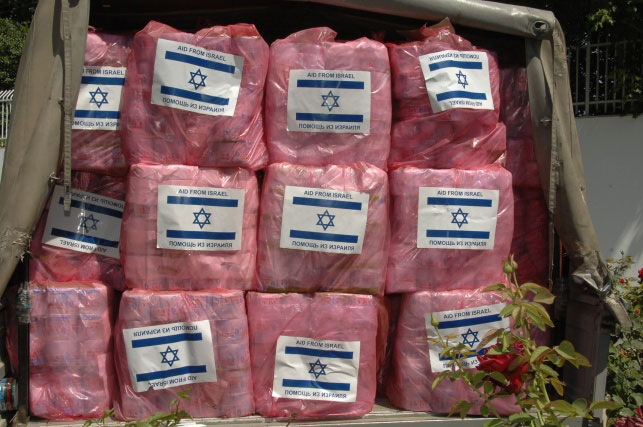 Israeli aid packed and ready to be sent. (Picture courtesy of MASHAV)

Israel is vamping up its role in the international effort now trying to prevent the spread of Ebola in Africa, with added health experts and medical aid being sent to the affected regions of Guinea, Liberia, Nigeria, Sierra Leone, and Senegal.

In coordination with the World Health Organization’s efforts to stop the disease, Israel’s Ministry of Foreign Affairs through MASHAV and the African Division, together with the Ministry of Health’s Public Health Directorate, has already sent experts in public health and infectious diseases to share methods – and conduct workshops — in the prevention of the spread of infectious diseases to Cameroon.

This week, Israel will send out a shipment medicines and medical equipment as well as new medical teams.

“A world crisis demands an international response. Every country has a role in the struggle against Ebola. The whole world must replace apathy with initiative and finding solutions,” Israeli Ambassador to the United Nations Ron Prosor told a Security Council emergency session on Thursday night.

Prosor told the UN Security Council that just as Israel answered the call for humanitarian aid in Haiti, Ghana and the Philippines, “Israel is ready for the new challenge standing before the world, and has started providing funds and medical equipment.”

IsraAID, the Israel Forum for International Humanitarian Aid, announced on its Facebook page that it is sending out medical teams to “join International Community to fight the spread of Ebola in Western Africa.”

The IsraAID teams, to leave Israel for the Ebola-stricken areas in Sierra Leone and Liberia this week, will help the local communities with hygiene issues in order to halt the disease from spreading. They’ll also offer stress management and ways to deal with public fear of the disease.

The World Health Organization has called this the worst Ebola outbreak in history.