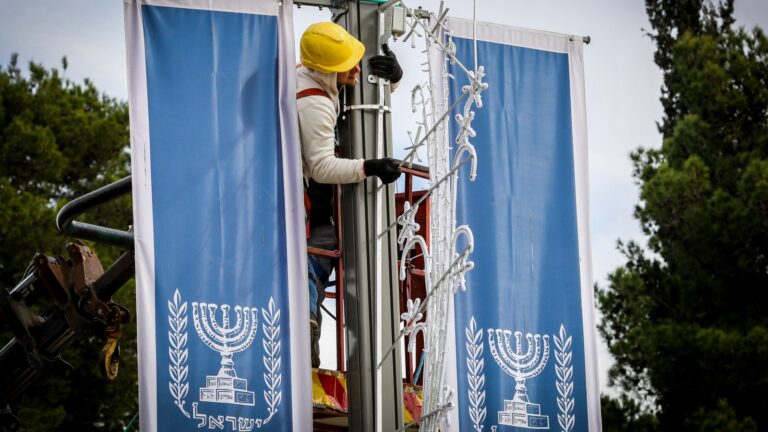 A worker hangs banners and lights near the President’s Residence in Jerusalem ahead of a visit from heads of state as part of the Fifth World Holocaust Forum. Photo by Yonatan Sindel/FLASH90

With nearly 50 heads of state and their entourages coming for dinner on Wednesday, Israel’s Beit HaNasi (President’s House) in Jerusalem has trucked in hundreds of heaters, 800 candles, 150 steel and wooden beams, 400 square meters of flooring and 240 pieces of furniture to outfit three tented pavilions.

The reception and dinner for 250 will open the invitation-only International Leaders’ Forum coinciding with the fifth World Holocaust Forum, “Remembering the Holocaust, Fighting Antisemitism,” at Yad Vashem in Jerusalem on Thursday. 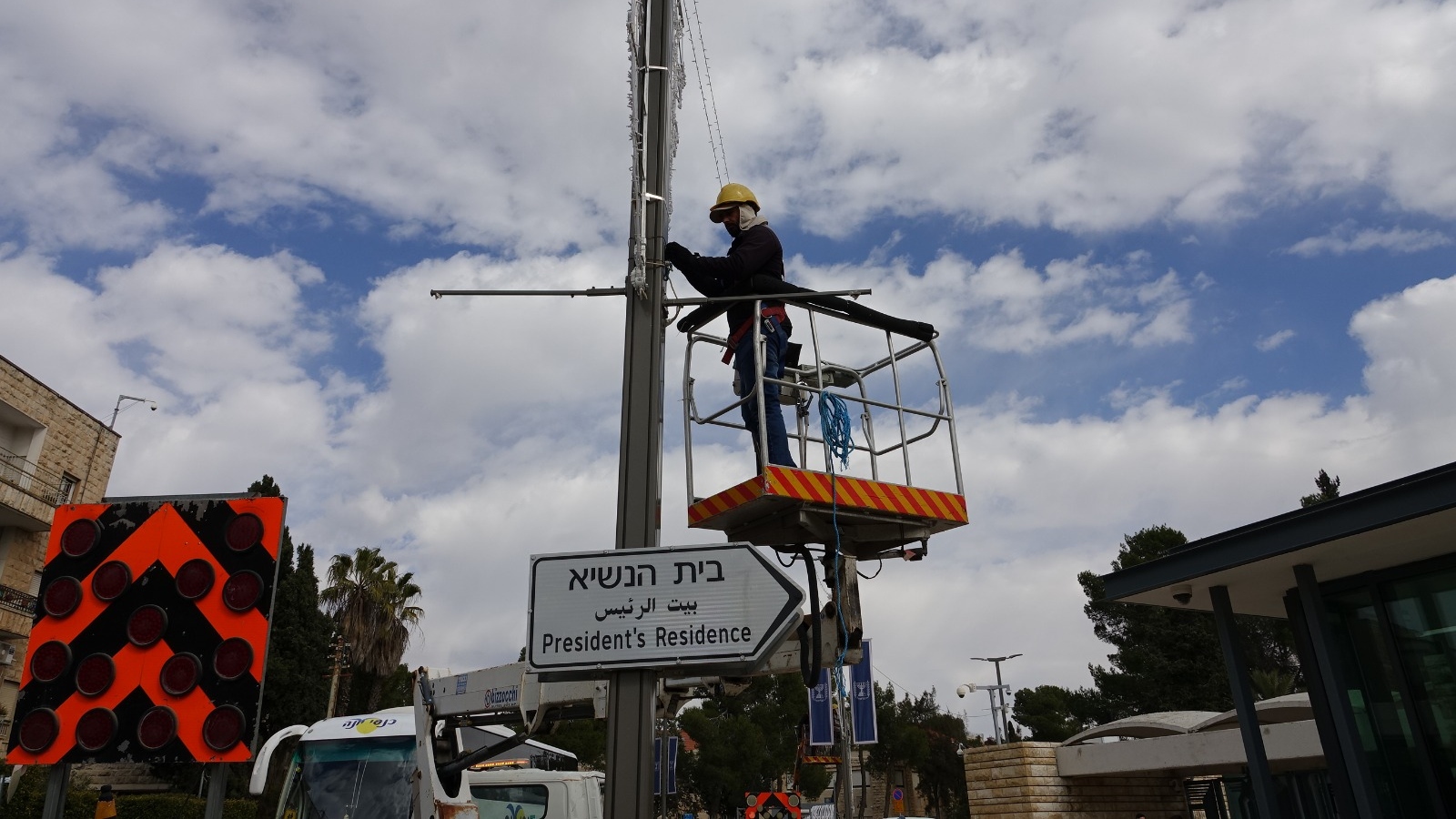 Israeli singers David D’Or, Miri Mesika and Amir Benayoun will perform “The Last Survivor,” a song written by Moshe Klughaft and composed by Benayoun for the Knesset delegation to the March of the Living in 2018.

Shlomi Shaban will sing Leonard Cohen’s “Dance Me to the End of Love,” accompanied by Vladimir Reider of the Israeli Chamber Orchestra, playing a violin that survived the Holocaust. 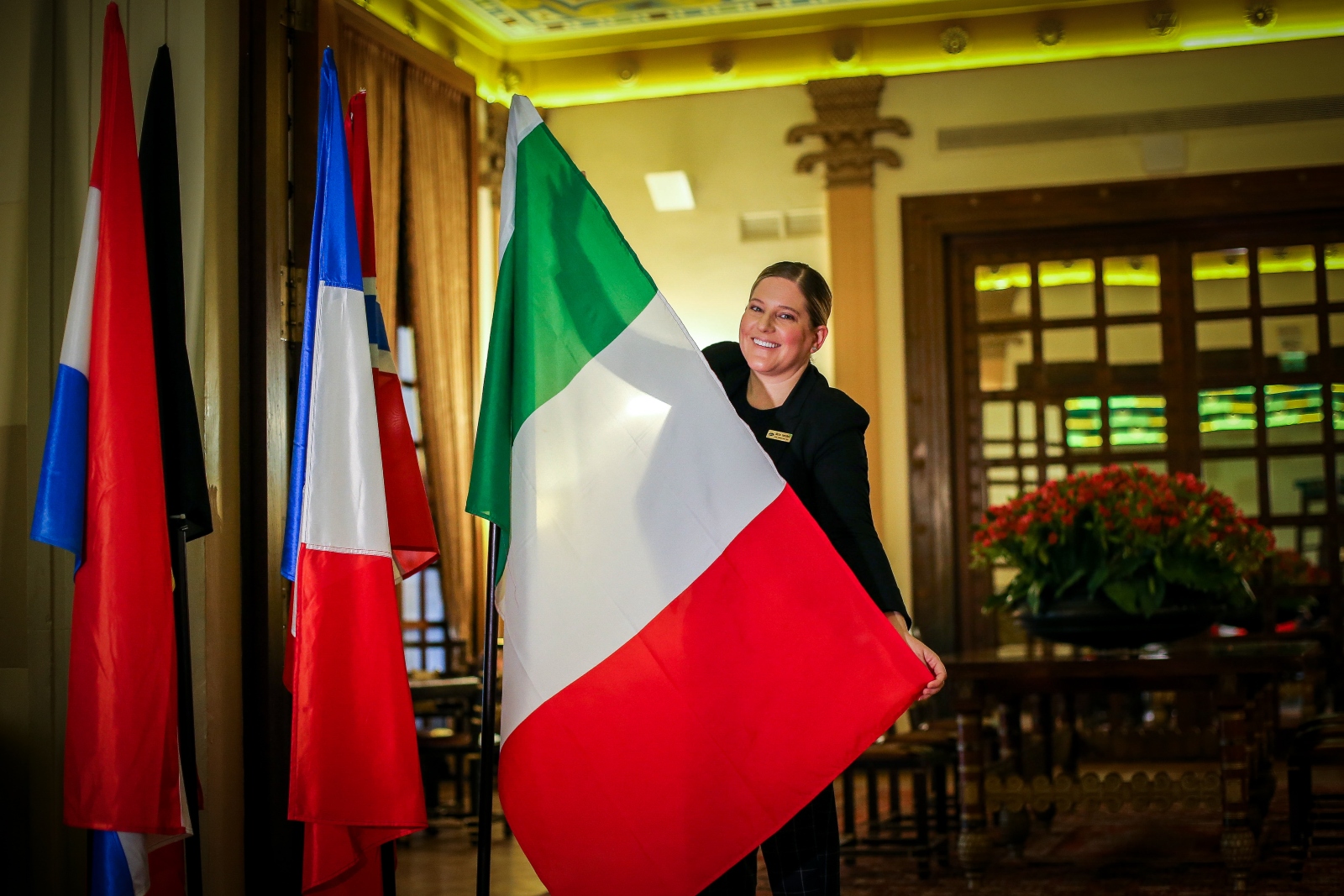 Each delegation will be met by at Ben-Gurion International Airport by Foreign Ministry Director General Yuval Rotem and a cabinet minister.

Under the direction of Chief of Staff Harel Tubi, Beit HaNasi staff staged several rehearsals of the motorcades bring the global leaders to Jerusalem. In the final dress rehearsal, stand-ins played the parts of the dignitaries.

The fifth World Holocaust Forum commemorating the 75th anniversary of the liberation of the Auschwitz-Birkenau extermination camp at the end of World War II.

Foreign Minister Israel Katz said the week of events and meetings with heads of state constitutes “the biggest event since the establishment of the state.”

Leaders of some 70 countries came for the September 2016 funeral of former President Shimon Peres, but the current trip lasts from Monday to Friday and involves a huge amount of logistics at various venues.

The dignitaries and their delegations are staying at several Jerusalem luxury hotels, including the King David, Mamilla, David’s Citadel and Crowne Plaza.