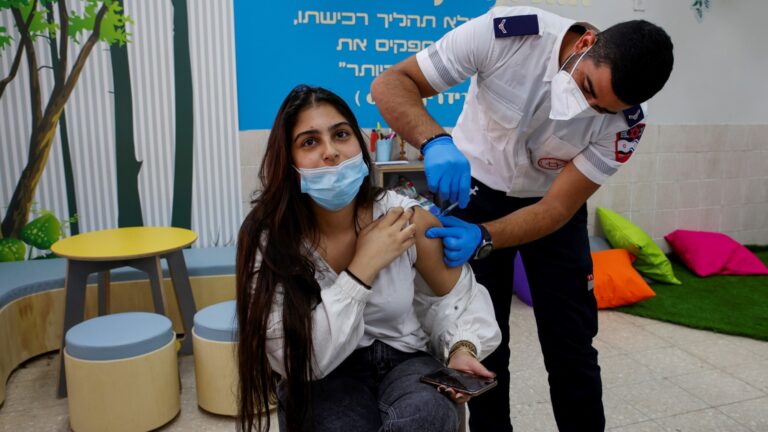 Israel is the fifth most resilient nation in terms of its response to the Covid-19 crisis, according to “The Best and Worst Places to Be as Global Vaccinations Take Off,” released March 26 by Bloomberg.

“A lightning-fast vaccination drive has propelled Israel toward the top of Bloomberg’s Covid Resilience Ranking, transforming everyday life to put the country alongside New Zealand and Taiwan as one of the best places to be in the coronavirus era,” the authors wrote.

“Since starting shots three months ago, Israel has vaccinated more of its population than anywhere else in the world, helping it vault nine rungs to fifth place. The Resilience Ranking uses data to capture where the pandemic is being handled most effectively, with the least social and economic disruption—from mortality rates and testing to vaccine access and freedom of movement.”

Israel is the first new entrant into the top of the Resilience Ranking since Bloomberg started keeping track in November.

Until then, most Covid success stories were coming from the Asia-Pacific region, and indeed the top four are New Zealand, Singapore, Australia and Taiwan.

“But unlike many top-performing places where entry is tightly policed to keep the coronavirus out, Israel’s vaccine-driven normalization means it’s easing border curbs quickly,” Bloomberg noted.