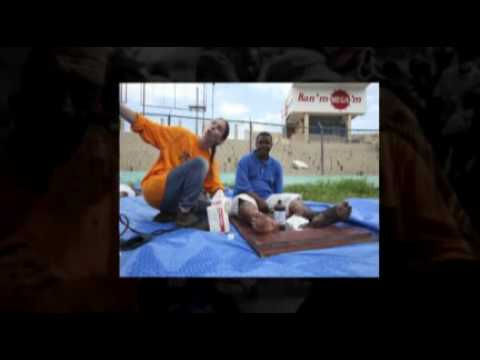 Photo by IDF spokesperson.
The IDF Medical and Rescue team in Port-au-Prince rescue a Haitian government worker who was trapped for 125 hours in the wreckage of last week’s earthquake in Haiti.

With praise mounting worldwide for the work of Israel’s aid team to the earthquake-stricken island of Haiti, the Israel Defense Forces (IDF) has announced that the Israeli rescue crew will remain in the Caribbean for at least another month to oversee an Israeli field hospital set up in the wake of the disaster.

A delegation of more than 240 Israelis flew to Haiti on Friday to offer search and rescue aid and medical help just three days after the disastrous earthquake struck the island-nation last week.

Since then, Israeli rescuers have pulled out a number of people from the rubble and treated many more at the field hospital set up in a football stadium in Haiti’s capital Port-au-Prince.

Dramatic rescues against the odds

The latest rescue mission took place on Monday when Israeli rescuers managed to free a female student, trapped for six days under the wreckage of Port-au-Prince’s four-storey university building.

The Israeli team used special equipment to lift the rubble and managed to create an opening through which they could rescue the woman, who had been trapped in an air pocket. She was transferred to the IDF field hospital for medical treatment.

On the same day, a six-year-old girl, Jessica Hartelin, was pulled out of rubble by locals and rushed to the Israeli clinic, where an IsraAID/FIRST medical team was able to save her life.

Despite these successes, Yigal Palmor, spokesman for the Israel Foreign Ministry, tells ISRAEL21c that given the scale of the disaster, which has killed an estimated 200,000 people, it is important to keep things in perspective: “We must be happy for every new life saved, but there is a difficulty in rejoicing wholeheartedly because of the dimension of what has happened there. We must be modest with our satisfaction.”

Palmor, who warns that security is now becoming a major issue in Haiti, with anarchy breaking out on the streets, says the Israeli delegation is being helped on the ground by Israelis living in Haiti, including Daniel Keidar, who is married to a Haitian diplomat and has been in the country since 1991. He has been helping communicate with locals in search and rescue operations.

He also praised another Israeli, Joel Lion, spokesman for the Israeli consulate in New York, who guided ABC news editor, Dr. Richard Besser as he rushed a Haitian woman in labor to the Israeli field hospital when it became clear that she needed urgent medical aid to survive the birth.

Besser was in Haiti filming a news item on pregnant women in the wake of the earthquake when he came across a woman in the final stages of labor. She was suffering a breech birth. Besser realized she needed urgent medical aid if she and her baby were to survive. The only place where she could receive the treatment she needed was at the Israeli field hospital, which includes a maternity ward and ultrasound equipment.

He had no GPS to find the hospital in the chaos, so he contacted Lion in New York for directions. Using Google Earth, Lion spoke French to Besser’s Haitian driver, guiding them in real time, step by step, to the Israeli field hospital.

At the hospital, Israeli doctors discovered that the woman was also suffering from pre-eclampsia, a common cause of death in both women and babies in Haiti. They delivered the baby safely and the mother later said she would name her son ‘Israel,’ in tribute to the doctors who saved their lives.

The ABC story noted that, ironically, the earthquake had probably saved the lives of both mother and child. With most women giving birth at home, this woman would probably have died if she hadn’t been taken to the field hospital.

According to a release issued Monday evening, an additional IDF aid delegation was scheduled to fly to Haiti on Monday night. To be headed by Israel’s Home Front Command Major. Gen. Yair Golan, it will include officials from Israel’s Ministry of Health, and its chief medical officer. The team is expected to deliver more medicine and equipment. IsraAID/First will also be sending an additional team of 12 medical and logistical staff to Haiti this weekend.

A source at the Ministry of Health says that Israel has contributed about $2 million worth of aid to Haiti, in flying the Israeli teams to the scene, paying their salaries as well as the cost of medical care, and the cost of the team’s return.

Meanwhile, according to the IDF, its field hospital is now one of the most advanced hospitals in Haiti. Staffed with doctors, nurses and paramedics, it includes a pediatric ward, a radiology department, an ICU, an ER, operating rooms and a surgical department, as well as a medical lab and an X-ray center. By Monday, 25 life-saving operations had been performed there and three babies had been delivered.

In a report from the MDA, which is working at the Israeli field hospital, the organization describes the overwhelming destruction in Port-au-Prince, where there is no electricity or fresh water, and rescue efforts are only sporadic.

“Surprisingly, it would appear that most of the citizens have returned to normal life,” the report states. “One can see people moving in the streets next to bodies lying on the side of the street. There is no picture of hordes of worried citizens digging in the rubble of buildings.” The report mentions that the MDA has been warmly received.

Getting the news out through the IDF communications center

“Anarchy” is how Shahar Zahavi from IsraAID/FIRST describes the situation in Haiti. The organization has a team of 15 volunteers, including those from the NGO Latet, on the island. The volunteers are providing medical assistance in a soccer stadium on the outskirts of Port-au-Prince, in a different location to the field hospital.

“The minute they got there, they got hundreds of people asking for their help,” Zahavi tells ISRAEL21c. “There are 2,000 people there already. About a dozen more people – medical staff and logistics staff associated with the relief organization – are expected to fly in this weekend to assist,” he adds.

Apart from the medical relief and search and rescue efforts that Israel is providing, the IDF’s Communications Corps personnel have established a fully functioning communications center.

The center was set up in a corner of the Israeli field hospital, and was the first of the Israeli units to be established in Haiti. Since then, the IDF has positioned satellites and antennas on the roofs of local buildings that are still standing.

Cpt. Barak Tzarom who is running the communications center, says that many civilians are benefiting from it as it is the only Internet point in the area. He says: “All media from the writers and reporters in the field, all information is being transferred using our command center. Because the communications tools here are not sufficiently prepared to transfer information from the field we are assisting them by enabling them to do all of that from Haiti, in the best conditions possible.”