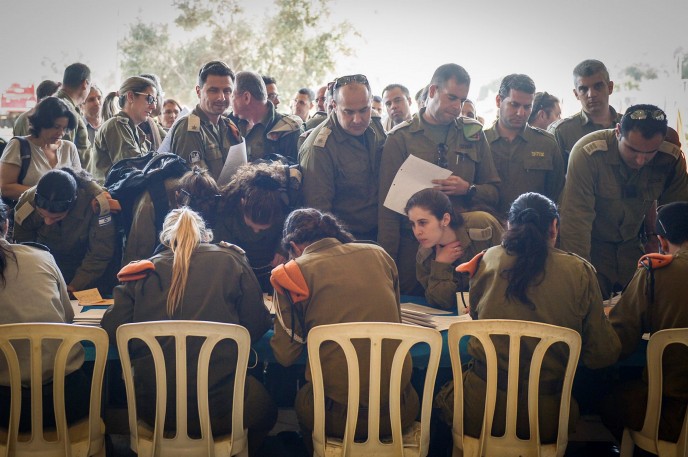 Israeli soldiers from the Home Front Command preparing to fly to Nepal to offer aid in the wake of the earthquake. Photo IDF Spokesperson

Israeli soldiers from the Home Front Command preparing to fly to Nepal to offer aid in the wake of the earthquake. Photo IDF Spokesperson

The Israel Defense Force is sending one of its largest humanitarian aid teams in years to Nepal in the wake of a devastating earthquake that has killed over 2,300 people and injured more than 5,000.

Two aircraft with 260 medical and rescue crew members from the IDF will lift off from Israel with tons of equipment this evening on the 12-hour journey.

The delegation, which includes dozens of army physicians and search-and-rescue experts, will try to locate and rescue earthquake victims trapped in the rubble, and expects to have a field hospital operating within 10 hours of landing.

The hospital will include two operating rooms, four intensive-care rooms, 80 hospital beds and specialists in neonatal and adult care. It can treat 200 people a day.

Other Israeli aid groups are also on the way, including civilian NGO IsraAID, which will send a disaster team to the city this evening, paving the way for a larger emergency relief team, which will bring supplies and medical services.

The magnitude 7.8 earthquake, which hit the impoverished Himalayan nation on Saturday morning, has devastated parts of Nepal’s capital city, Kathmandu, flattening offices and homes, and destroying centuries-old temples. It also triggered an avalanche at Mount Everest that killed at least 17 people and injured more than 60.

Dozens of serious aftershocks, including one this morning of magnitude 6.9, are sowing panic in the population. Tens of thousands of Nepalese are now sleeping in the streets despite cold and rainy weather, raising fears of widespread disease.

The tremor, which originated near Kathmandu, has also affected parts of neighboring countries including India, Bangladesh, Tibet and Pakistan.

The IDF team members, many of whom have taken part in past aid delegations to disasters in Haiti and the Philippines, plan to stay in Nepal for two to three weeks. “We have strong capabilities in intensive care, ultrasound imaging and x-rays, as well as transferring medical knowledge that will enable computerized identification of the patients,” Prof. Itzik Kreis, the commander of the Israeli emergency relief field hospital in Haiti, told the Times of Israel.

IsraAID will be providing relief supplies and medical services in Nepal, and will open psychologist-staffed safe spaces for children who have been left wandering the streets in the wake of the quake. “These activities will be coordinated with the national and international response strategy, including the Israeli government, UN and international aid agencies, to figure out where our services can be best used without stepping on anyone’s toes,” IsraAID Director Shachar Zahavi tells ISRAEL21c.

“We’ll build a parallel health facility, working with the Israeli government’s field hospital. We are still debating whether we’ll send a search-and-rescue crew. Like every other program that we do, we aim to be there on a long-term basis, just like we are still in Haiti, Japan and the Philippines. This will not be a hit-and-run program but will focus on rehabilitation and empowering the community,” Zahavi adds. 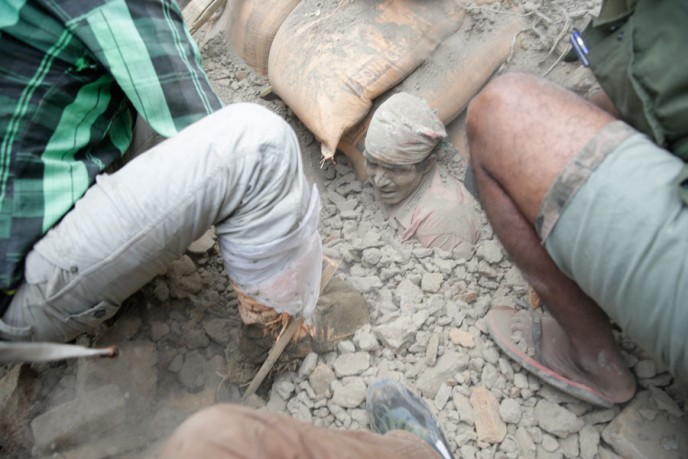 A survivor is pulled from the wreckage in Nepal. Photo by Narendra Shrestha

This is not the first time, Israeli government, army and aid agencies have responded to a crisis worldwide. Israel is always among the first to send supplies and experts anywhere in the world hit by severe disasters, whether earthquake , famine, tsunami , terror attack, plane crash or epidemic.

In addition to IsraAID, the Foreign Ministry, the military’s Home Front Command, and organizations such as ZAKA, United Hatzalah and Magen David Adom are all getting involved in rescue and recovery operations in Nepal.

Israeli Ambassador to Nepal Yaron Meir and his staff are coordinating efforts on the ground, despite damage to the Israeli embassy building.

Lt. Libby Weiss, a spokeswoman for the Israel Defense Forces, told ISRAEL21c on Sunday morning that the IDF is finalizing its aid strategy as its first team took off for the region.

As with all its emergency aid missions to places such as Haiti, Kenya or Japan, Israel will focus on the needs of the local population. But the Nepal mission must also work to rescue thousands of Israelis, mainly young adults on backpacking adventures in the Himalayas following their army service.

In addition, 24 infants – nine of them fragile preemies — recently born to Israeli parents via surrogate Nepalese mothers are being flown home, despite the closed Kathmandu airport, after the hospital in which they were born was damaged in the quake.

The Israeli Foreign Ministry told Ynet that it planned to helicopter the parents and babies to India and from there to Israel, in coordination with Israel’s Interior Ministry and Nepalese officials.

Though no Israelis are known to be among the dead, several were lightly wounded, hundreds in need of emergency shelter and as many as 250 not yet accounted for.

“The IDF will work in Nepal to help the country in light of the devastating earthquake that hit it, and will of course help Israelis in the area in need,” Israeli Defense Minister Moshe Ya’alon said.

In a Hebrew-language video released by the Chabad Lubavitch worldwide outreach movement, Kathmandu Chabad House co-head Chani Lifshitz said she and her husband, Rabbi Chezki Lifshitz, have taken in dozens of Israelis seeking refuge or first aid. She said they are collecting the names of the missing and trying to reach every Israeli known to be in the area.

“We worked through the night to find a plane, and early this morning [Sunday] we got the clearance from Kathmandu to fly over. When they land, they will immediately create a base camp near the Chabad House, because this is where the Israelis are gathering. Our first goal is to reach the Israelis and do everything possible for them,” says Dvilanski.

“Then we will return the aircraft tonight with families that have babies. If necessary, another team will follow with any equipment needed. The majority of our team will stay there and set up tents to offer first aid treatment until the field hospital is operating. If we need to, we will stay for weeks like we did in Haiti, and help the Nepalese Red Cross.”

On Saturday night, Israeli Prime Minister Benjamin Netanyahu and President Reuven Rivlin contacted Nepalese Prime Minister Sushil Koirala to offer condolences and assure him that Israeli medical assistance and other forms of aid are on the way. An advance team took off just after midnight to assess needs, followed by the 260 rescue-and-recovery specialists from the IDF.

“Our thoughts and hearts go out to the people of Nepal dealing with this awful disaster, and with our loved ones who are in distress. The State of Israel is reaching out to help the search and rescue of the many victims,” Rivlin said in his statement.

After yesterday’s main earthquake and dozens of aftershocks, the injured are everywhere in Kathmandu’s main Bir and Teaching hospitals. Local medical personnel and authorities are overwhelmed, and struggling to accommodate everyone.