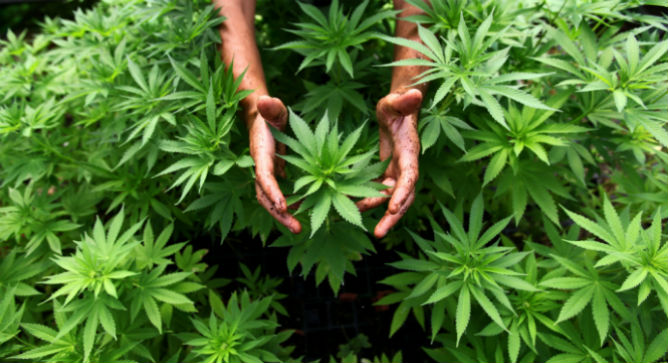 Even as far back as the 1800s, scientists realized that marijuana had many beneficial effects. Photo by Abir Sultan/Flash90

“This change will significantly increase entrepreneurship and investment into cannabis in Israel as the old stigma of criminal cannabis disappears.  We congratulate and thank MK Sharren Haskel and the many others who helped support this great effort that will no longer label over one million Israeli citizens criminals,” said Kaye, CEO of iCAN and CannaTech.

CannaTech 2017 is now being planned for March and is set to bring hundreds of investors and entrepreneurs to see Israeli cannapreneurship at its best.

Hebrew University Prof. Raphael Mechoulam put Israel on the medical marijuana map  for his early groundbreaking research in isolating the active compound from cannabis, THC, and inspired generations of researchers in several countries.

The new Israeli policy, which still requires Cabinet approval, calls for those caught smoking marijuana to be fined rather than arrested and prosecuted.

“Police will be able to redirect resources … away from normative personal users and focus instead on dangerous drugs,” Erdan told a news conference in Tel Aviv on January 26.

According to a Reuters report, nine percent of Israelis use cannabis.