Our 67th Independence Day was celebrated this year, as in every year with fairy lights and fireworks — that’s not unusual for a national celebration.

But then there are the ceremonies, gadgets and trappings peculiar to Israel. These include the squeaky hammers — dubbed “the hammer of sovereignty” by legendary comedy trio HaGashash HaHiver — used to hit strangers on the head while walking through the streets… 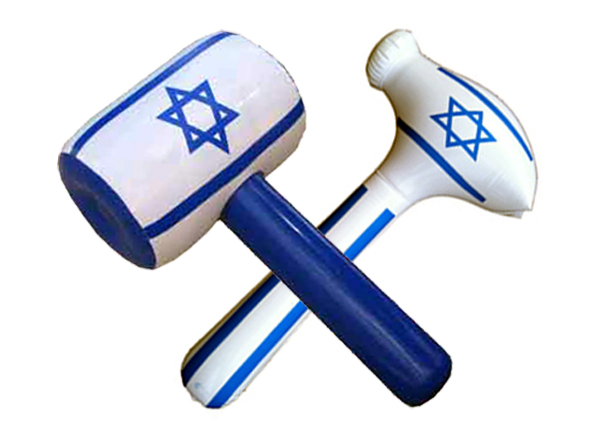 Flags draped on everything from public buildings… to balconies… to private cars. Baked goods and other delicacies decorated with flags — or like flags… 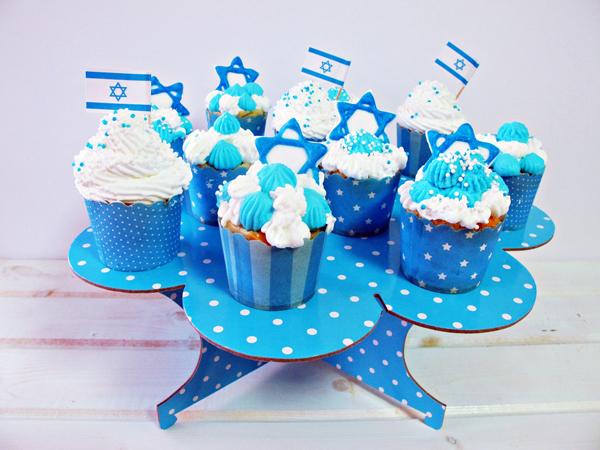 The flag theme is continued at the official state torch lighting ceremony, held on Mt. Herzl in Jerusalem in the presence of the prime minister, the president and invited dignitaries. This year’s ceremony honored 14 Israelis who have contributed to Israeli innovation and excellence, and opened with a demonstration by the IDF Flag Corps, whose formations celebrated Israeli inventions from Waze, flash memory and drip irrigation to UAVs, the Uzi and the Iron Dome. It’s worth seeing at least the first seven minutes of the video.

The “Daglanut” ceremony was commanded, as it has been for the 33 years now, by the ever-dignified Col. (Ret.) David Rokani.

No Israel Independence Day would be complete without a picnic or barbecue, a traffic jam getting to said meal, and gazing up at the Israel Air Force airshow. You can’t feel more Israeli than when you’re munching on a pita stuffed with hummus to the buzz of four fighter jets flying in formation.

Unless it’s taking a bird’s eye view, loop-de-looping from one end of our tiny, beautiful country to the other.