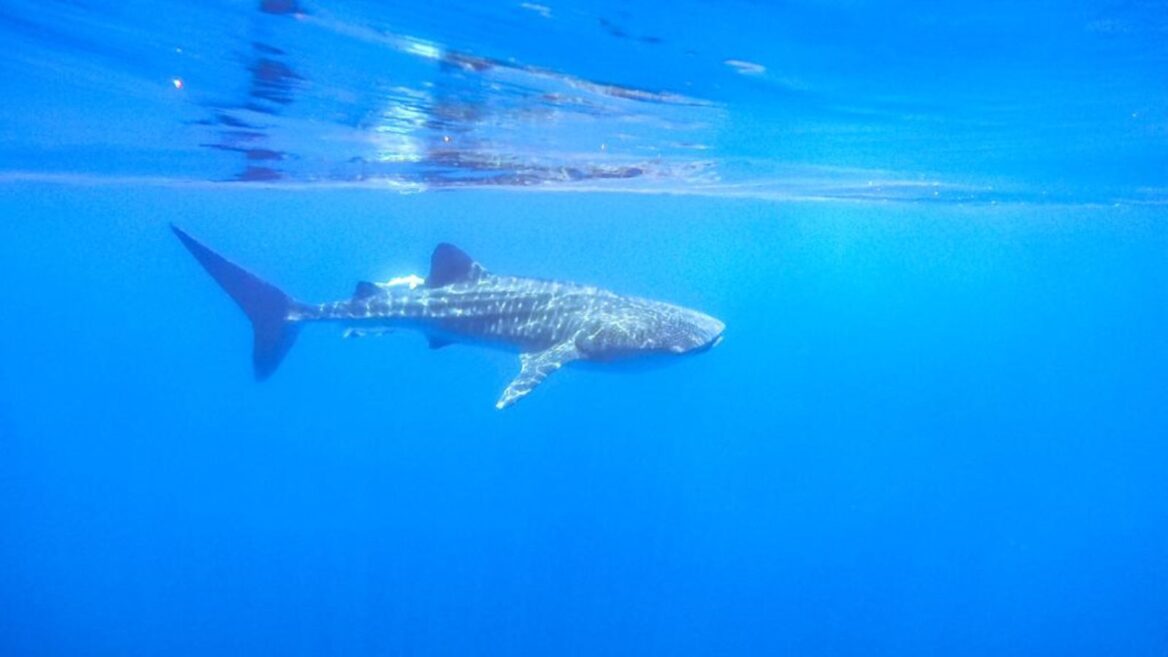 The shark whale spotted off the shores in Eilat by ranger Omri Omessi. Photo by Omri Omessi/INPA

Over here in Israel, the animals we most frequently encounter in the sea are dreaded jellyfish. So imagine our delight when within days both whale sharks and dolphins came to say a quick hello.

The whale sharks were spotted off the coast of Eilat in the south of the country. These magnificent creatures are the largest fish in the sea. The biggest of their kind reach over 15 meters in length and weigh more than 15 tons.

Despite their massive size, whale sharks are not scary animals, Omri Yossef Omessi, a ranger in the marine unit of the Israel Nature and Parks Authority, tells ISRAEL21c.

“It is as shy as it is big,” he says. “It’s a very rare animal and also not much is known about it; it’s very difficult to study.

“We know that they come here from around this period and for the next three to four months,” he says of the sightings in the Gulf of Eilat. “Last year was exceptional, there were dozens of sightings. Other years there were no sightings at all.

“In the last few days there were a number of sightings, which was pretty exciting,” he says.

Despite looking like whales, whale sharks are in fact sharks, and a protected species at that. They feed off plankton and small fish and spend long hours swimming with their mouths wide open to catch their food.

“This animal isn’t dangerous to humans in any way,” Omessi says.

This doesn’t mean, however, that whale sharks should be treated lightly when encountered.

“It’s important to know how to act in such a situation. It’s still a very, very large animal, so it needs to be given the respect it deserves,” Omessi says.

“We won’t stand in its way or chase it. We don’t come in contact with it, since we could pass on parasites and bacteria that its immune system doesn’t know how to handle.”

Meanwhile, on the western coast, researchers at the University of Haifa’s Morris Kahn Marine Research Station spotted dozens of sandbar sharks swimming near Ashdod last week. Sandbar sharks also gravitate to the shores of Hadera farther north, prompting researchers to suspect that Israel’s Mediterranean coastline may be an oasis for these majestic creatures. 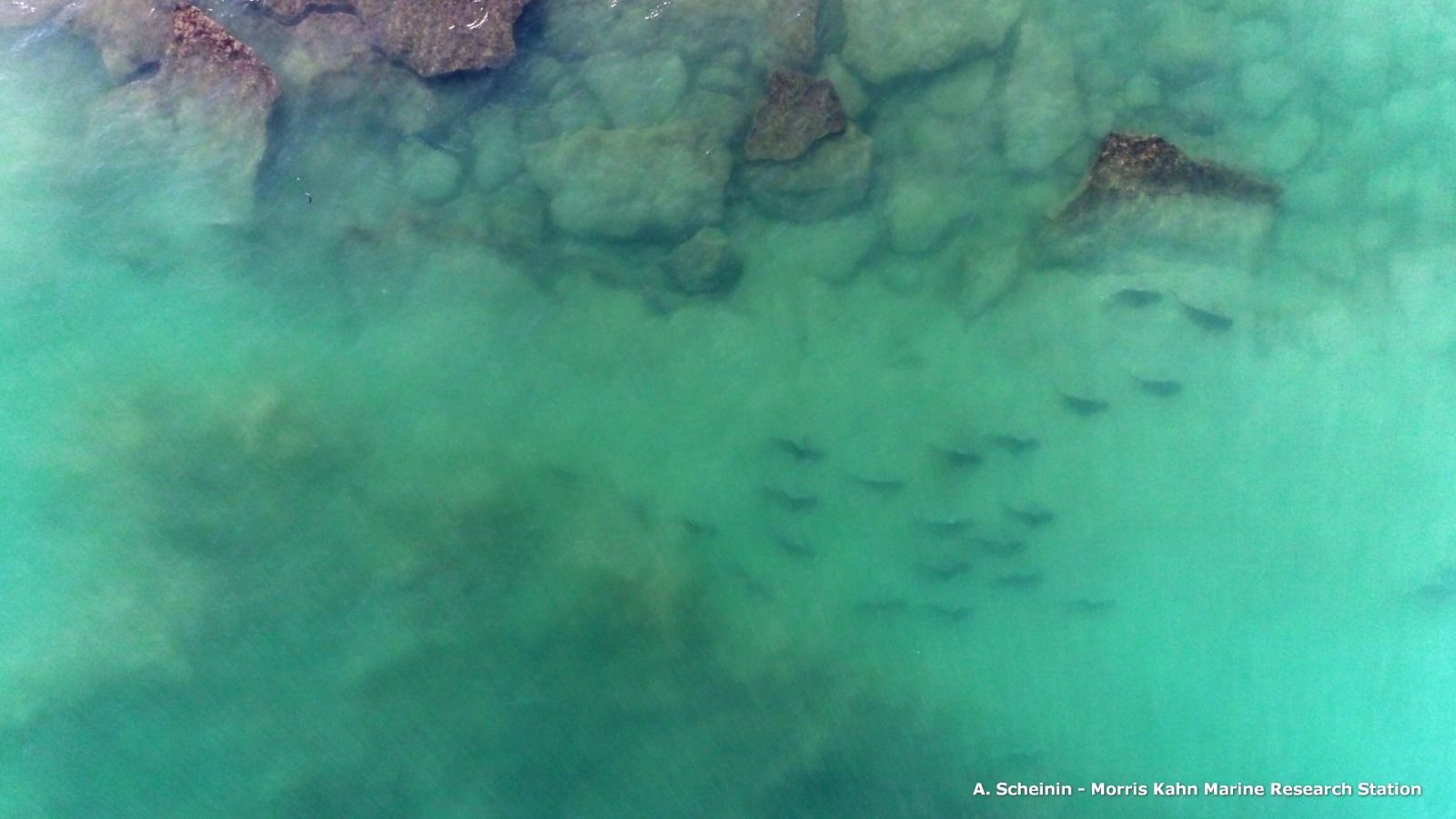 While some wildlife have flourished in light of the coronavirus crisis and mankind’s staying at home, Omessi doesn’t believe that the multiple sightings of whale sharks have much to do with the virus.

“It might be the other way round,” he speculates. “Now that it’s allowed, more vessels have gone out to sea, and it’s likely that there’ll be more sightings. There will probably be more observations.”

The dolphins that recently graced the southern parts of Israel’s Mediterranean coastline also don’t have much to do with the coronavirus.

“It’s the same school of dolphins that we regularly see during ranger activities,” says Guy Lavian, an INPA maritime ranger who works in the Mediterranean Sea.

According to him, the school is comprised of some 30 to 40 dolphins often seen some 30 meters away from the coast between the southern cities of Ashdod and Ashkelon.

They were recently caught frolicking in the waves, much to everyone’s delight.

The video below comes courtesy of Guy Lavian and Eviatar Ben Avi of INPA.