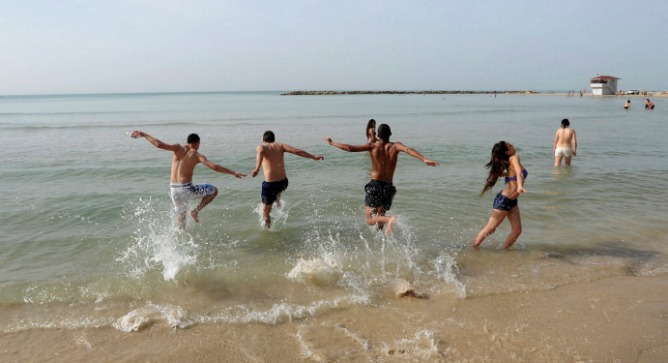 Enjoying the surf at Sironit Beach in Netanya. Photo by Flash90.

Israel has joined an international flag program that recognizes public beaches for safety and accessibility. Tourists from abroad are already looking for the big Blue Flag when they are booking beach holidays, and now they can count on nine Israeli beaches to comply with the international standards developed by the 30-year-old Foundation for Environmental Education (FEE).

Founded in France, FEE certifies nearly 4,000 beaches around the world as good enough to carry the prestigious Blue Flag label.

The program only started a few months ago in Israel, but stakeholders are excited about having Blue Flags at their beaches and ports, says coordinator Orly Babitsky, who works through the Israeli marine education organization EcoOcean to develop and award Blue Flags in Israel.

“Internationally, we know for sure that many travel agents will go into the Blue Flag website and check [for their customers] which beaches have Blue Flags. If a tourist in Germany wants to go to the Red Sea and he sees that Aqaba in Jordan has four Blue Flags and Eilat in Israel has none, he might rather go to the beach with the Blue Flag,” she says.

To fly a Blue Flag, a beach must meet internationally agreed-upon standards. Some of them are environmental checks and balances to ensure the water is clean and safe. In addition, the beach must be free of charge; there must be public transportation available; it must offer accessibility for people with disabilities; and have recycling bins.

Blue Flag beaches must be subject to regular meetings between at least six defined stakeholders, including environmentalists, city or town government officials and beach managers. Permission to keep flying the flag must be reviewed every year and if conditions change, certification may be dropped until the situation –– an oil spill, for instance –– is resolved.

For locals, Blue Flag will definitely boost how Israelis enjoy one of the last frontiers in free family events, says Babitsky. 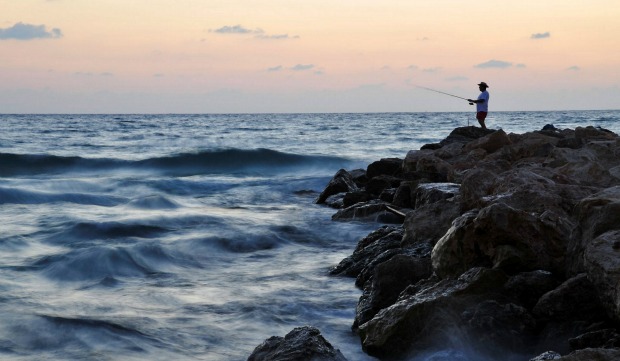 Fishing at the Blue Flag beach Dado in Haifa. Photo by Flash90.
“Israel is a coastal country. More than 70 percent of the population is living next to the coast and the beach has become one of the last places that a family can go without having to pay for a family day out.”

The 140 Israeli beaches are also now threatened from coastal development, like natural gas pipelines, she adds.

The Blue Flag connects all these elements together to make the beach and its development a sustainable endeavor for businesses, green groups, community and government.

Through EcoOcean, the Blue Flag program in Israel is also working to develop special local standards, such as limiting the number of plastic beach chairs on the beaches of Tel Aviv.

But it’s baby steps for now, says Babitsky, who plans to tackle issues like this and more, season by season, as the culture of Blue Flags get better defined in Israel.

Where to find Blue Flags in Israel

Netanya can take pride in three beaches that won a Blue Flag: Ha’onot Beach, which can be accessed from the city’s promenade and is known for its music; Sironit Beach, which provides ample shade, wheelchair access and clearly marked restrooms, and can be reached from the one-shekel glass beach elevator; and Poleg Beach, a former sewage dump transformed to a certified clean beach where motorized sports are welcome and kite surfers gather to catch the wind and waves. 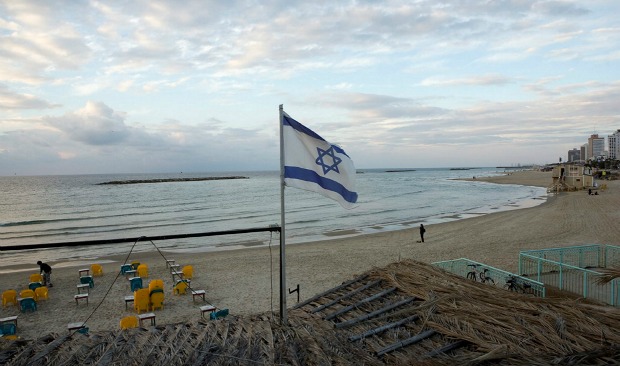 Jerusalem beach in Tel Aviv is a beautiful and popular beach. Photo by Flash90.
Ashdod has two Blue Flag beaches: The Lido Beach near the port, boasting public facilities, restaurants and restrooms; and the Yud Aleph Beach, a family-oriented destination for locals from diverse backgrounds.

Tel Aviv also has two Blue Flag beaches: Metzitzim — Tel Aviv’s northernmost beach, and the city’s only man-made lagoon, where the cool kids come to play and dogs are welcome; and Jerusalem Beach, a favorite among foot travelers, who find it beautiful, accessible and friendly. This beach has a workout station for adults.

Haifa and Eilat each have one Blue Flag beach.

Dado Beach in Haifa boasts restaurants, beach couches, free Wi-Fi, gardens, ample shade, sand, grass and a mile and a half of promenade.

The Shchafim Beach in Eilat is conveniently located along the promenade between the Dan and Herod hotels. The bustling beach is a magnet for international travelers and Israelis looking for a little low-cost escapism.

Want to find other great beaches in Israel? Read about ISRAEL21c’s Top 10 Beaches.

UNCOVER ISRAEL - Get the ISRAEL21c
Weekly Edition free by email
Sign Up Now!
Bring Israel's story to life.
Millions of people around the world rely on us to gain a deeper understanding of Israel. We are the trusted source for original content you won't find anywhere else.
You can make a difference. Donate today to support journalism that brings Israel’s story alive.
SUPPORT ISRAEL21c
Read more on:   EcoOcean, Sironit Beach, Blue Flag, Environment, Explore Israel, Travel, Eco-Living