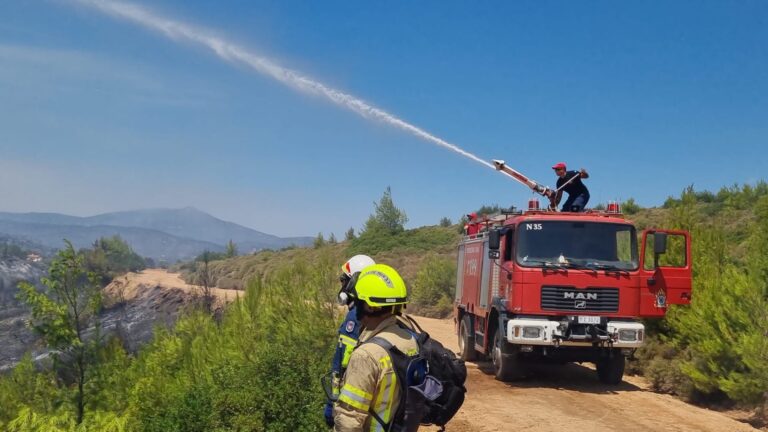 On August 6, Israel sent a team of 16 firefighters to Greece to assist in dealing with severe wildfires plaguing its neighbor across the Mediterranean Sea.

The firefighting team was formed following a request from the Greek government for assistance in dealing with fires currently raging on the island of Evia, the Peloponnese peninsula and Fokida in the central region north of Athens. 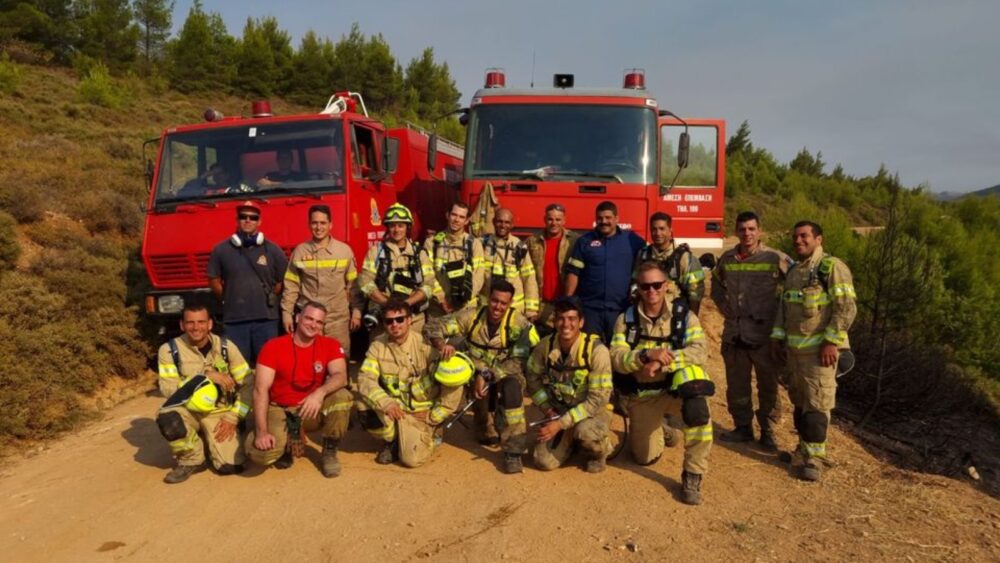 Israel’s emergency delegation of firefighters to Greece. Photo courtesy of the Israel Ministry of Foreign Affairs

Their task is all the more difficult and dangerous because of Greece’s most intense heat wave in three decades. With temperatures soaring up to 45 degrees Celsius (113 degrees Fahrenheit), one volunteer firefighter died Friday and at least 20 people were treated in hospitals over the last week.

Minister of Foreign Affairs Yair Lapid said: “Israel is coming to Greece’s aid out of friendship and mutual aid. The entire region is facing challenges that are a result of climate change, and the fires pose a threat to lives and property. I am grateful to the Israeli firefighters who undertook to come to the aid of our Greek friends on behalf of the State of Israel.”

Update: On the night of August 9, the Israeli government approved the departure of two firefighting planes to assist in extinguishing the wildfires in Greece.

UNCOVER ISRAEL - Get the ISRAEL21c
Weekly Edition free by email
Sign Up Now!
Bring Israel's story to life.
Millions of people around the world rely on us to gain a deeper understanding of Israel. We are the trusted source for original content you won't find anywhere else.
You can make a difference. Donate today to support journalism that brings Israel’s story alive.
SUPPORT ISRAEL21c
Read more on:   News, Social Action, Humanitarian Aid, wildfires