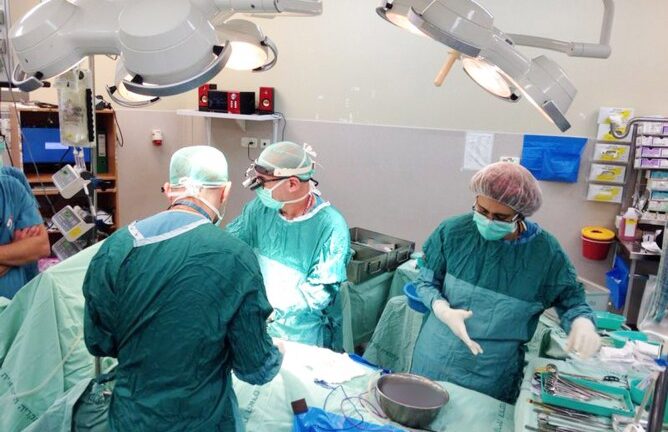 A Gazan child being treated in the Rambam operating room this week. Photo courtesy of RHCC 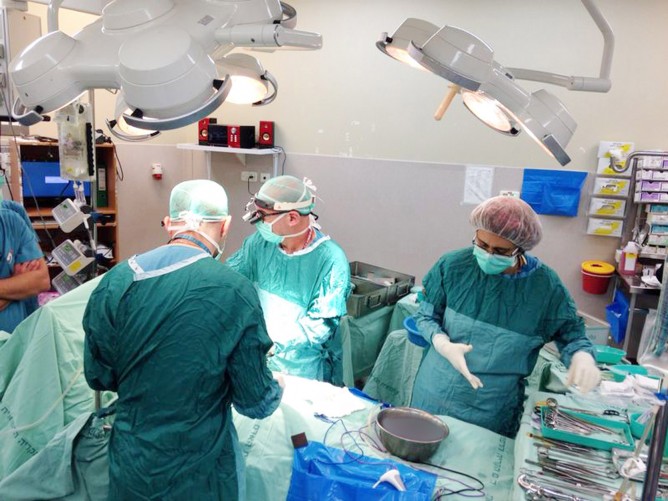 A Gazan child being treated in the Rambam operating room this week. Photo courtesy of RHCC

Despite the terrifying barrage of missiles, air-raid sirens and Red Alert warnings in half of Israel this week, Israeli hospitals that regularly provide medical care to patients from Gaza and the Palestinian Authority have continued to do so.

“Despite the security situation, and despite the fact that both sides are fighting, all continues as usual in the realm of medical cooperation,” said Yazid Falah, coordinator for Palestinian patients coming to Rambam.

“Even in times of war we continue to receive patients and give them the care they need — children and adults.”

As ISRAEL21c reported earlier this week, four preschoolers from Gaza arrived for lifesaving cardiac care at Wolfson Medical Center in Holon through Save a Child’s Heart .

The Israel Center for the Treatment of Psychotrauma, based at Herzog Hospital in Jerusalem, has set up an emergency hot line for callers in distress, and its METIV Crisis Walk-In Clinic has expanded its hours of operation to meet increased demand.

Hadassah Medical Center’s Center for Post-trauma Children and Teens is among several Israeli organizations providing emergency training and workshops for parents, social workers and youth coordinators in various parts of the country.

From Haifa, Falah said Palestinian patients feared a cold reception when the hostilities escalated. “We explained that would never happen in an Israeli hospital. Here you see people and not nationalities. Many times, Israeli patients reach out to their Palestinian ‘neighbors’ to help them feel more comfortable and to encourage them. Eventually, all are in the same boat.”

As in all Israeli hospitals, Arab and Jewish staff members work together daily, and Arab and Jewish patients share rooms. For long-term patients of all ethnicities, they and their families tend to form close relationships. During 2013, Rambam’s staff treated hundreds of patients from the PA and Gaza, including 650 children and teenagers.

“There are those who have told me they are ashamed of what Gaza is doing, and others say they are afraid of how people will talk and look at them here in the hospital,” said Falah. “Others have said they are afraid to return to Gaza. Others just don’t know what to think.”

UNCOVER ISRAEL - Get the ISRAEL21c
Weekly Edition free by email
Sign Up Now!
Bring Israel's story to life.
Millions of people around the world rely on us to gain a deeper understanding of Israel. We are the trusted source for original content you won't find anywhere else.
You can make a difference. Donate today to support journalism that brings Israel’s story alive.
SUPPORT ISRAEL21c
Read more on:   News, Gaza conflict, Rambam Health Care Campus