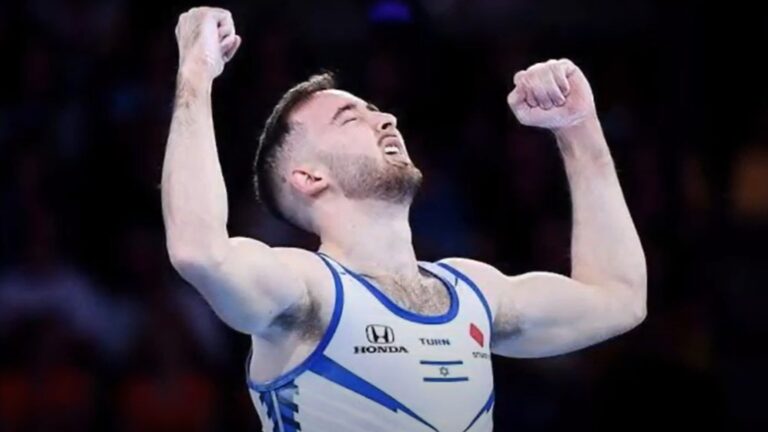 Artem Dolgopyat after his gold medal performance in floor exercise at the Tokyo Olympics. Photo: screenshot

This is Israel’s second Olympic gold medal in history and its first in gymnastics. Gal Fridman won a gold medal in sailboarding in the 2004 Athens Games.

Prime Minister Naftali Bennett congratulated Dolgopyat. “Thank you Artem! You have made blue-and-white history! This is a source of enormous pride and great excitement for the entire people of Israel. ‘Hatikva’ has been played in the gymnastics arena in Tokyo and the flag of Israel is flying high.” 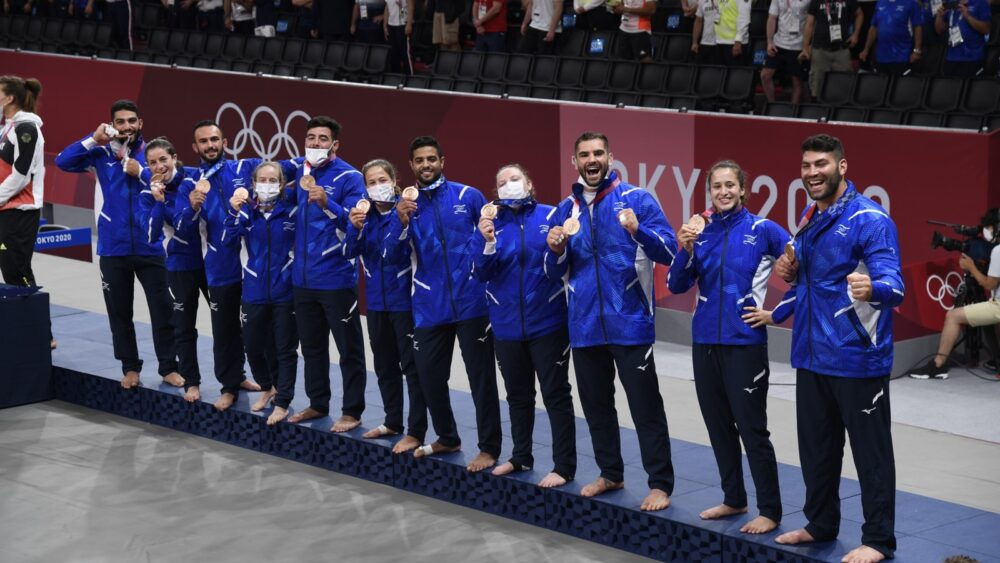 The first medal for Israel in the Tokyo Games was also a bronze, for taekwondo martial artist Avishag Semberg in the women’s under-49kg category.

The running total of Israeli Olympic medals in history now stands at 12, six of them in judo – one silver and five bronze.

Other notable results from the weekend:

• Selamawit Teferi set an Israeli record in the women’s 5,000-meter run, qualifying her to participate in the final on Monday.

• Israel’s national baseball team lost its second match on Saturday but beat Mexico on Sunday morning. On Monday, Team Israel will face either South Korea or Dominican Republic on the Olympic baseball diamond.

• Itay Shanny, thought to have had a shot at a medal for archery, was eliminated in the quarterfinal round.

UNCOVER ISRAEL - Get the ISRAEL21c
Weekly Edition free by email
Sign Up Now!
Bring Israel's story to life.
Millions of people around the world rely on us to gain a deeper understanding of Israel. We are the trusted source for original content you won't find anywhere else.
You can make a difference. Donate today to support journalism that brings Israel’s story alive.
SUPPORT ISRAEL21c
Read more on:   Culture, israeli athletes, Tokyo Olympics, Olympics