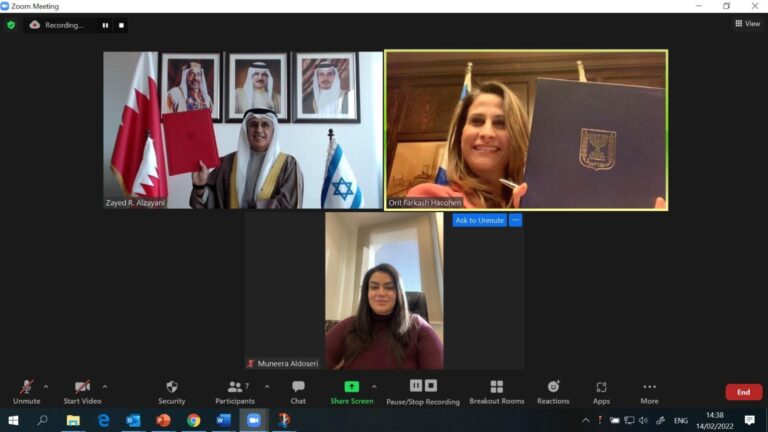 Israel signed an agreement in the field of high-tech and science with Bahrain on February 14, ahead of the first official visit by an Israeli prime minister to the Persian Gulf kingdom.

“This is further proof that people are the ones making peace. The agreements that we signed and the cooperation will bring peace forward,” the minister wrote on Facebook. “Israeli high-tech is world-renowned and crosses borders and continents. It is a strategic asset for our foreign relations.”

Israel and Bahrain commenced diplomatic relations in September 2020 as part of the Abraham Accords, which also saw Israel and the United Arab Emirates normalize their diplomatic relations. Since then, Israel and its newly friendly neighbors have cooperated across numerous fields, including investment, innovation, medicine and thinktanks.

UNCOVER ISRAEL - Get the ISRAEL21c
Weekly Edition free by email
Sign Up Now!
Bring Israel's story to life.
Millions of people around the world rely on us to gain a deeper understanding of Israel. We are the trusted source for original content you won't find anywhere else.
You can make a difference. Donate today to support journalism that brings Israel’s story alive.
SUPPORT ISRAEL21c
Read more on:   News, Abraham Accords, High tech, Israel-Bahrain