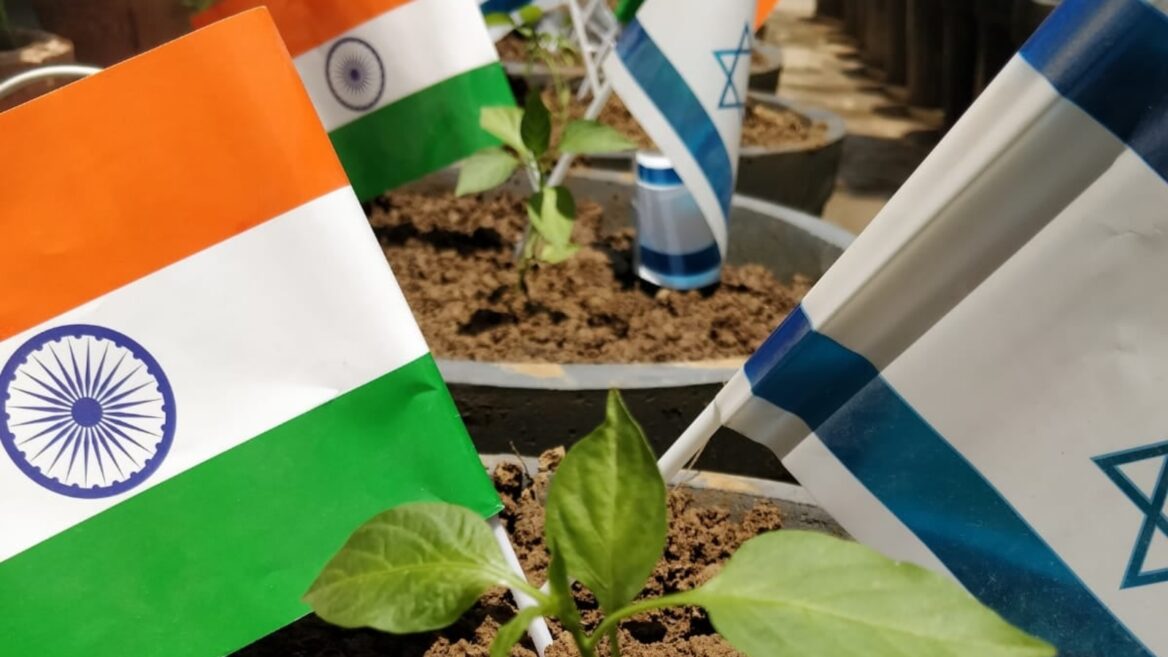 Relations between India and Israel have flourished for 30 years. Photo courtesy of Israeli Embassy in India

India and Israel seem like a study in contrasts.

Some 1.4 billion Indians live in a vast country stretching nearly 3,000 kilometers (1,864 miles) across at its widest point, while 8.9 million Israelis live in a tiny land no more than 135 kilometers (85 miles) wide.

Indian student Nikhil Kumar Rai won a logo design contest for the 30th anniversary of Indian-Israeli diplomatic relations. His design highlights the symbols of each national flag: the Star of David and the Ashoka Chakra. Photo courtesy of Indian Embassy

Yet they are bound together by surprising commonalities.

For starters, they nearly share a birthday. India gained independence from Great Britain in August 1947 and Israel in May 1948. And each has a proud history going back thousands of years.

“As I often say, we are two old nations in young countries, rich with history, culture and diversity, creatively overcoming challenges and eager to meet the future,” said Ambassador of Israel to India Naor Gilon. 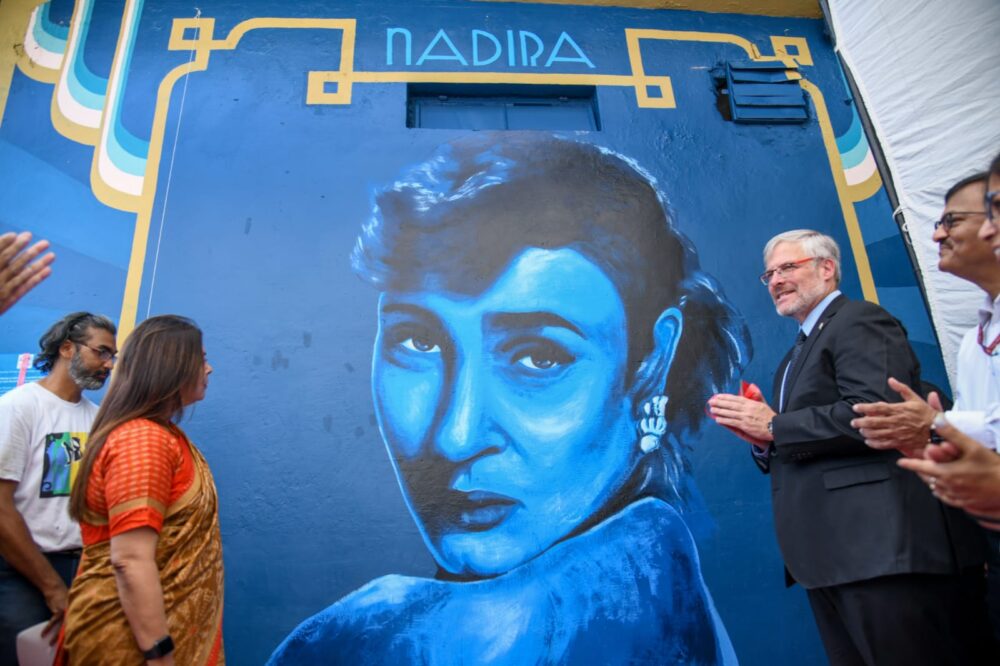 Ambassador Naor Gilon (at right in jacket) unveiling a public mural in New Delhi to mark 30 years of India-Israel friendship. Painted by Delhi Street Art, the mural pays tribute to Indian Jewish actresses from the early days of Bollywood. Photo courtesy of Israeli Embassy in India

On January 29, India and Israel celebrated 30 years of full diplomatic relations, kicking off a year of (mostly virtual) joint cultural and educational events.

The iconic Masada fortress in Israel, Gateway of India in Mumbai and Teen Murti Chowk in New Delhi lit up in ???????????????? colours on the occasion of #IndiaIsraelAt30 pic.twitter.com/e6445Q3WYp

Israelis and Indians we spoke to agree that citizens of these two Asian countries have a strong affinity.

Israelis are such avid travelers to India (about 70,000 annually before corona) that a typical itinerary there is dubbed “The Hummus Trail.” 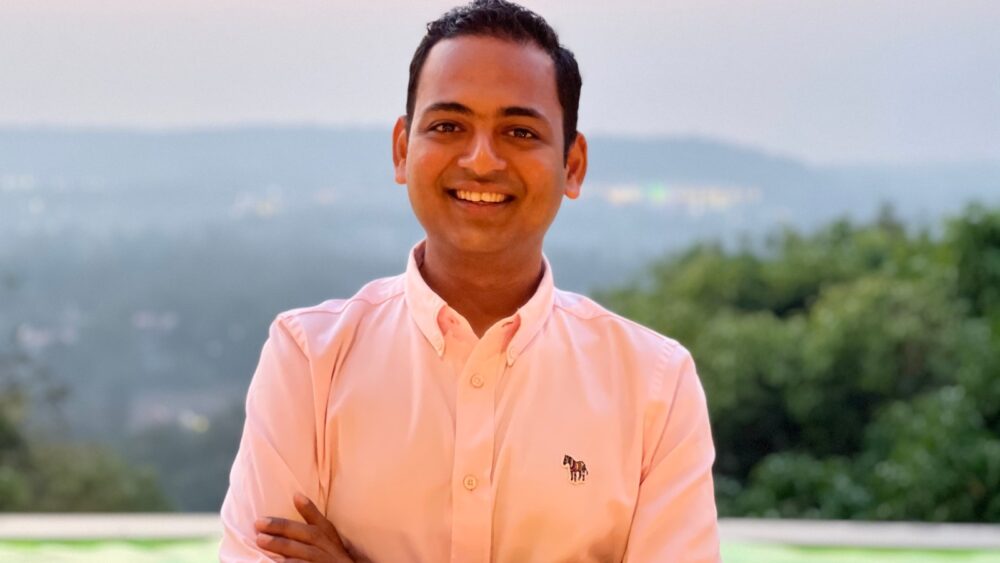 “Indians and Israelis like to break rules,” Agarwal tells ISRAEL21c.

“We each have this whole chutzpah and tachles [bottom line] thing – we want to get stuff done and we always try to find a solution. We don’t give up. That mutual spirit of making it happen really works out,”

In 2018, the two governments created the India–Israel Industrial R&D and Technological Innovation Fund (I4F) in 2018, providing millions of dollars in funding for Indian and Israeli startups in water systems, agriculture, health, mobility and communications.

Over the past year, Israel’s Start-Up Nation Central and India’s iCreate incubator formed a partnership to accelerate innovation and technology cooperation.

“Israeli and Indian technologies matched with India’s manufacturing capabilities can provide innovative solutions contributing to the economies of both countries,” Gilon observed.

“There are many Israeli companies that are providing cutting-edge technologies and innovative solutions to vast projects in different Indian cities. Similarly, Israel has been an ideal place for Indian companies and entrepreneurs who are interested in finding partnerships with Israeli startups or R&D centers.”

Tel Aviv University and Thapar Institute of Engineering & Technology (TIET) in India – which already have a joint Center of Excellence in Food Security – plan to build a collaborative research center in advanced manufacturing for the biomedical, automotive, space and defense sectors. 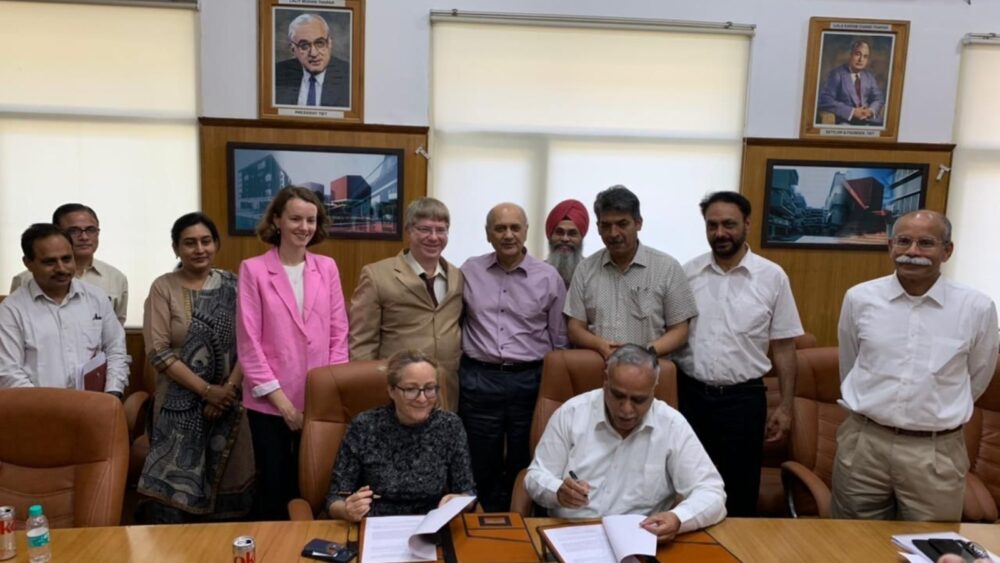 Automotive is shaping up as an area ripe for collaboration.

For instance, India’s Napino Group and Israel’s EVR Motors have agreed to develop (in Israel) and manufacture (in India) highly efficient lightweight, compact motors for electric two wheelers in India.

Gilon also noted that “since the beginning of the Covid-19 global pandemic, our countries have come together on a number of joint ventures” such as implementing Israeli AI-based technologies and medical equipment enabling Indian healthcare personnel to perform various tasks remotely.

In 1992, bilateral trade between India and Israel added up to $200 million (comprising mainly diamonds).

In 2021, total bilateral exchanges of goods, diamonds and business services reached $6.3 billion, according to Joseph Avraham, Israel’s consul for trade and economic affairs in Bengaluru.

If we leave diamonds out of the picture (they’re not truly traded but rather sent back and forth for cutting and polishing), the overall figure totals $3.187 billion.

“Major imports sectors to Israel were chemical and chemical products, base metals, rubber and plastics, food and agriculture. Business services imports from India to Israel were $150 million in 2021.”

Three Israeli trade missions are active in India – in Delhi, Mumbai and Bangalore – and the countries are negotiating a free trade agreement.

Indian-Israeli business ties are tighter than ever.

Indian companies such as Jain Irrigation, Sun Pharma and State Bank of India are expanding their presence in Israel, while Israeli companies are building R&D centers and production plants in India.

Muhamed Heib, spokesman for the Israeli Embassy in New Delhi, tells ISRAEL21c that trilateral cooperation among Israel, India and the United Arab Emirates is growing.

For instance, Ecoppia – an Israeli innovator of robotic technology for cleaning solar panels — will begin producing the robots in India with the support of the UAE.

“We also have the International Forum for Economic Cooperation encompassing Israel, India, the UAE and USA,” says Heib. “There is a lot of potential for trade and other cooperation among the four countries.”

“India is continuously building amazing consumer tech companies that focus on making the consumer journey better. Israelis can play a major role in supporting that with personalization, cybersecurity and analytics,” Agarwal says.

“In food-tech, Israel is doing amazing work on vegan meat and milk – I visited ReMilk when I was in Israel last time – so as the population of India grows the shortage of meat production will make food tech even more important. We’ve been doing a lot of good work with Israeli companies and we’re looking to do much more.”

Heib says that agriculture and water projects are a major focus in this 30th anniversary year.

Since 2006, bilateral agriculture projects are implemented through the international development agencies of Israel’s Foreign Ministry and Ministry of Agriculture and Rural Development.

Indian agronomists often come to Israel for intensive training. And each year, about 140,000 Indian farmers come to 30 Centers of Excellence for Horticulture in 13 Indian states for training from Israeli experts on smart agriculture and drip irrigation. 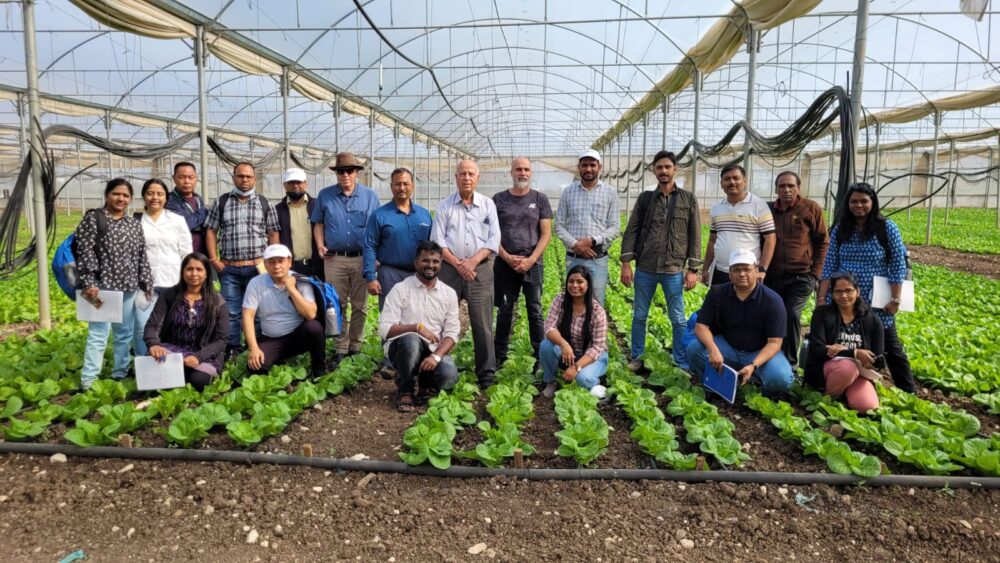 Agronomists from India at an Israeli agricultural training center. Photo courtesy of MASHAV

Yair Eshel, the current Israeli agricultural attaché to India, is expanding this initiative by creating Villages of Excellence.

“Instead of farmers coming to the centers, we send a trainer to 15 villages in each center,” says Heib.

Harshit Godha, who came to Israel to learn how to grow avocados commercially, eventually planted his orchard with Israeli-bred avocado plants. “India has an abundance of water,” Heib explains, “but they have challenges in managing their water. Lior works with stakeholders to see where Israel can help. In the Bundelkhand region, for example, he is introducing a holistic approach from harvesting water to managing the whole system.”

Heib stresses that the person-to-person aspect is what drives Indian-Israeli cooperation in everything from business to culture.

Maestro Zubin Mehta dedicates a concert of the Israel Philharmonic #Orchestra to commemorate the 30th anniversary of ???????????????? relations. #IndiaIsraelAt30#IndiaIsraelfriendship#Music pic.twitter.com/I4yF3BAfvj 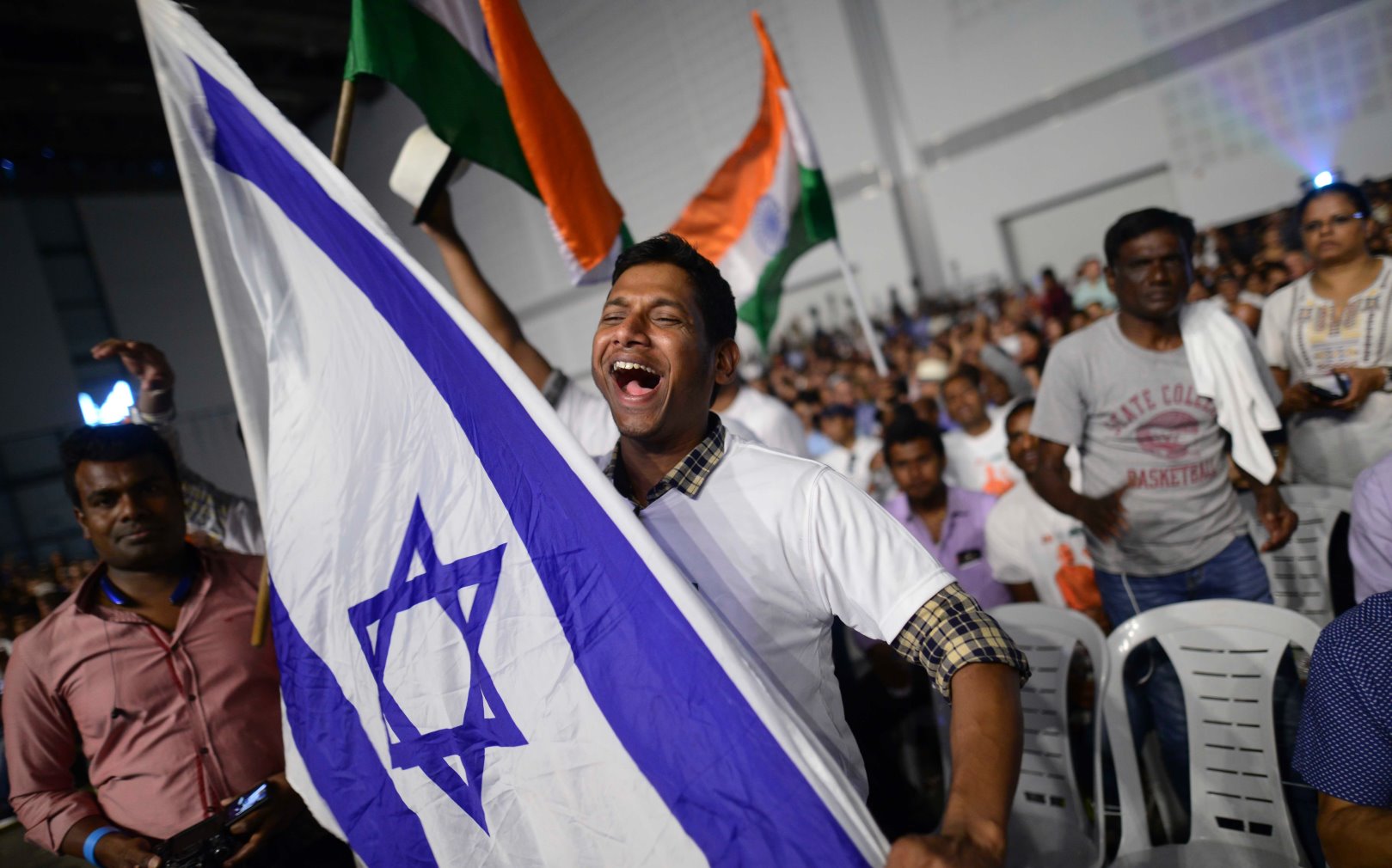 With the pandemic waning, Heib notes, “All the Israeli backpackers are coming back to India big time. There are now three direct Air India flights per week and they’re quite full so I hope they will introduce a fourth flight.”

These young artists, tourists and students are a constant catalyst for warm relations between the countries.

“There’s a special connection between the two nations,” says Heib, an Arab Israeli from the Galilee. “It’s hard for me to express how much love and affection we have for each other. India has a large, young population so it will continue to be a strong strategic partner for Israel.”

UNCOVER ISRAEL - Get the ISRAEL21c
Weekly Edition free by email
Sign Up Now!
Bring Israel's story to life.
Millions of people around the world rely on us to gain a deeper understanding of Israel. We are the trusted source for original content you won't find anywhere else.
You can make a difference. Donate today to support journalism that brings Israel’s story alive.
SUPPORT ISRAEL21c
Read more on:   Culture, Technology, India-Israel, Business, bilateral trade