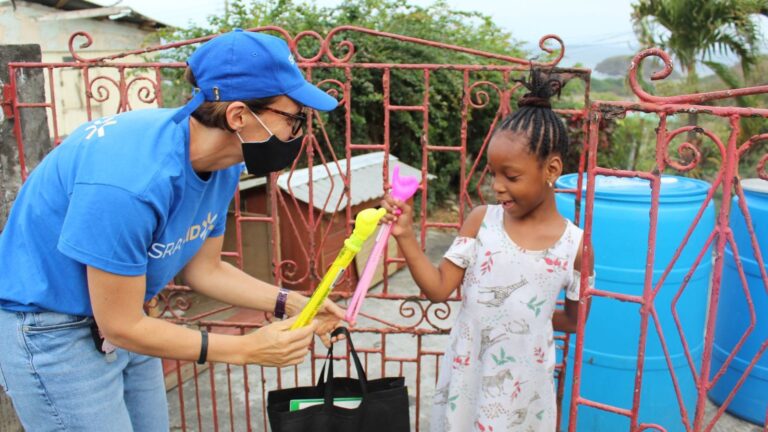 Israeli humanitarian aid NGO IsraAID has dispatched an emergency response team to the Caribbean island of Saint Vincent following the eruption of La Soufrière volcano that blanketed nearby areas in ash and left some 20,000 people displaced.

The volcano is located on the largest island of Saint Vincent and the Grenadines and its eruption at the beginning of April led to a mass evacuation that saw people taking refuge in public and informal shelters, where they are facing urgent needs such as water supply, child protection support and public health guidance in the face of Covid-19.

IsraAID’s emergency response team arrived on the island at the end of April and has since been focusing on people taking refuge in private informal shelters, where they are not receiving the same services as those in public, government ones.

“At the moment we’re just trying to assess the private shelters and how we can provide support to the children,” explains Tamar Kosky Lazarus, who’s heading the IsraAID mission to the area. 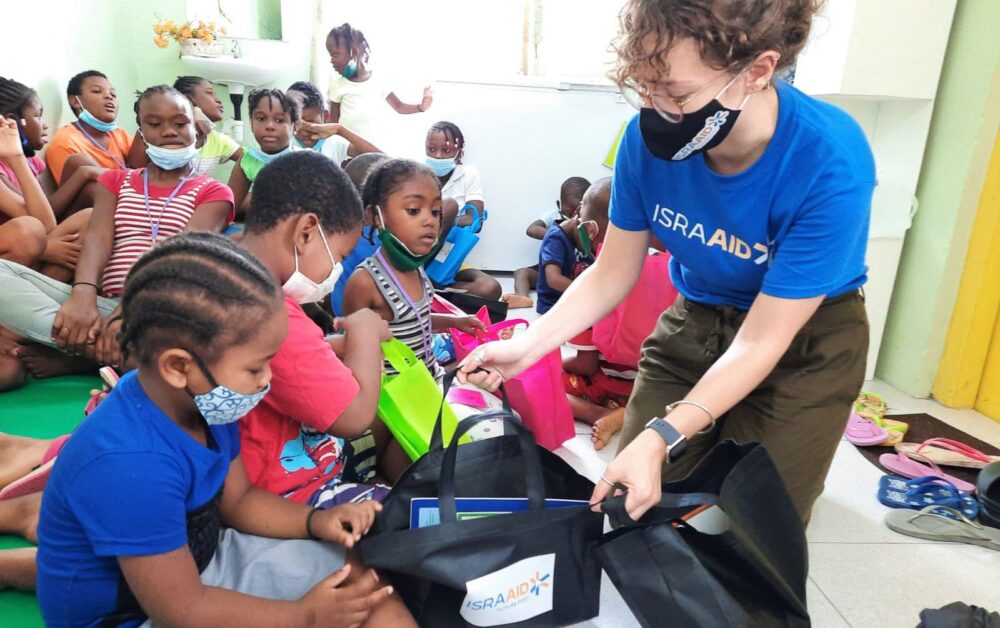 The children resiliency kits are meant to provide entertainment and relieve stress. Photo by IsraAID

Her team has been handing out children’s resiliency kits, which include activities that were designed by child protection experts to relieve stress and provide entertainment for kids and allow some respite for their parents, who do not yet know when their families will be able to return home.

“The big issue that we’re seeing at the moment is that people aren’t knowing when they’ll be able to go home,” she says. “People don’t know how their homes have been affected.”

Kosky Lazarus notes that the mission is working closely with community groups, government officials and grassroots organizations, and is planning on staying on the island for the next few months. More experts are set to join it to work on the issues that are unravelling.

“We’re continuing to assess the needs regarding water, and also the possibility of the needs of healthcare workers, because they themselves have been displaced,” she says.

In April, IsraAID was one of two Israeli NGOs that sent aid to India, as it faces a catastrophic wave of Covid.