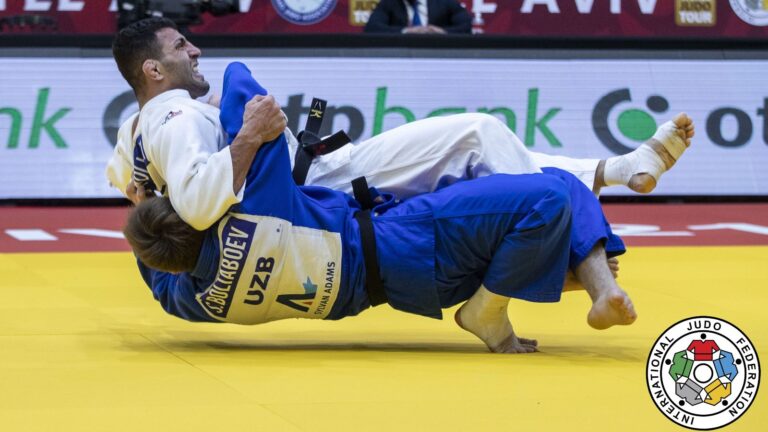 Iranian judoka Saeid Mollaei has dedicated his Silver Olympic medal to Israel, for its support since he defected from Iran two years ago.

Mollaei left Iran and took on Mongolian citizenship after Iranian trainers ordered him to lose a match in the 2019 World Championships in Tokyo to avoid facing Israeli opponent, Sagi Muki, in the finals.

In an interview with the Israeli Sports Channel, Mollaei  – who won the Olympic silver medal in the men’s 81-kilogram division – said he was thankful for the support he’s received from Israel over the years.

“Thank you to Israel for the good energy. This medal is dedicated also to Israel,” he told the network. “I hope the Israelis are happy with this win.”

He added in Hebrew: “Todah” (thank you).

Mollaei’s highly publicized defection in 2019 was followed closely by the international press. In the wake of it, he and Muki formed a close friendship and have cheered one another on since then.

Muki told a press conference on Tuesday that he was “super happy for Saeid”, despite his own disappointing finish in 9th place earlier that day and his failure to advance to the quarter-finals.

“I know what he’s gone through, and how much he wanted it,” he said. “He’s a very close friend of mine, and I’m so happy that he succeeded in achieving his dream. He deserves it — his journey is incredibly inspiring.

In February this year, Mollaei took part in the International Judo Federation’s Grand Slam competition in Israel, becoming the first ever Iranian to compete in Israel. He also won a silver medal in the under-81 kilograms category at that event.

At the time, he told reporters: “Ten years ago, even four, if you had asked me about the possibility of competing in Israel, you already know the answer; I would have told you that it would not be possible. They have been very good to me since I arrived. Today I have trained with the Israeli team and they have been very kind. That is something I will never forget.”

During this year’s Tokyo Olympics, two judokas from Sudan and Algeria pulled out of the competition to avoid facing Israeli Tohar Butbul.

The story of Muki and Mollaei’s friendship is now being developed for television by MGM and Israel’s Tadmor Entertainment.

UNCOVER ISRAEL - Get the ISRAEL21c
Weekly Edition free by email
Sign Up Now!
Bring Israel's story to life.
Millions of people around the world rely on us to gain a deeper understanding of Israel. We are the trusted source for original content you won't find anywhere else.
You can make a difference. Donate today to support journalism that brings Israel’s story alive.
SUPPORT ISRAEL21c
Read more on:   News, Tokyo Olympics, Judo, Iran