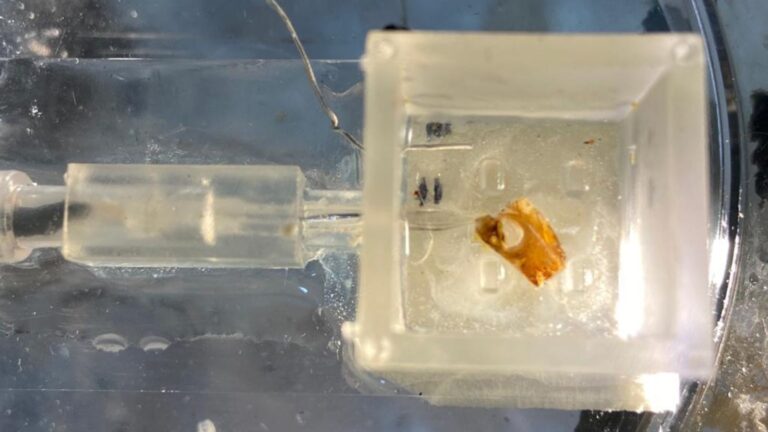 A dead locust’s ear is integrated into a technological system to allow a robot to hear. Photo courtesy of Tel Aviv University

In a scientific breakthrough, Israeli researchers recently connected a dead locust’s ear to a robot that receives the ear’s electrical signals and responds accordingly.

The researchers, from Tel Aviv University, sought to examine how biological systems could be integrated into technological systems. Their findings were recently published in the Sensors journal.

At first, the researchers built a robot that can respond to signals it receives from the environment. Then, they isolated the dead locust’s ear and kept it functional long enough to connect it to the robot. Finally, they were able to pick up the signals received by the locust’s ear in a way that could be used by the robot. 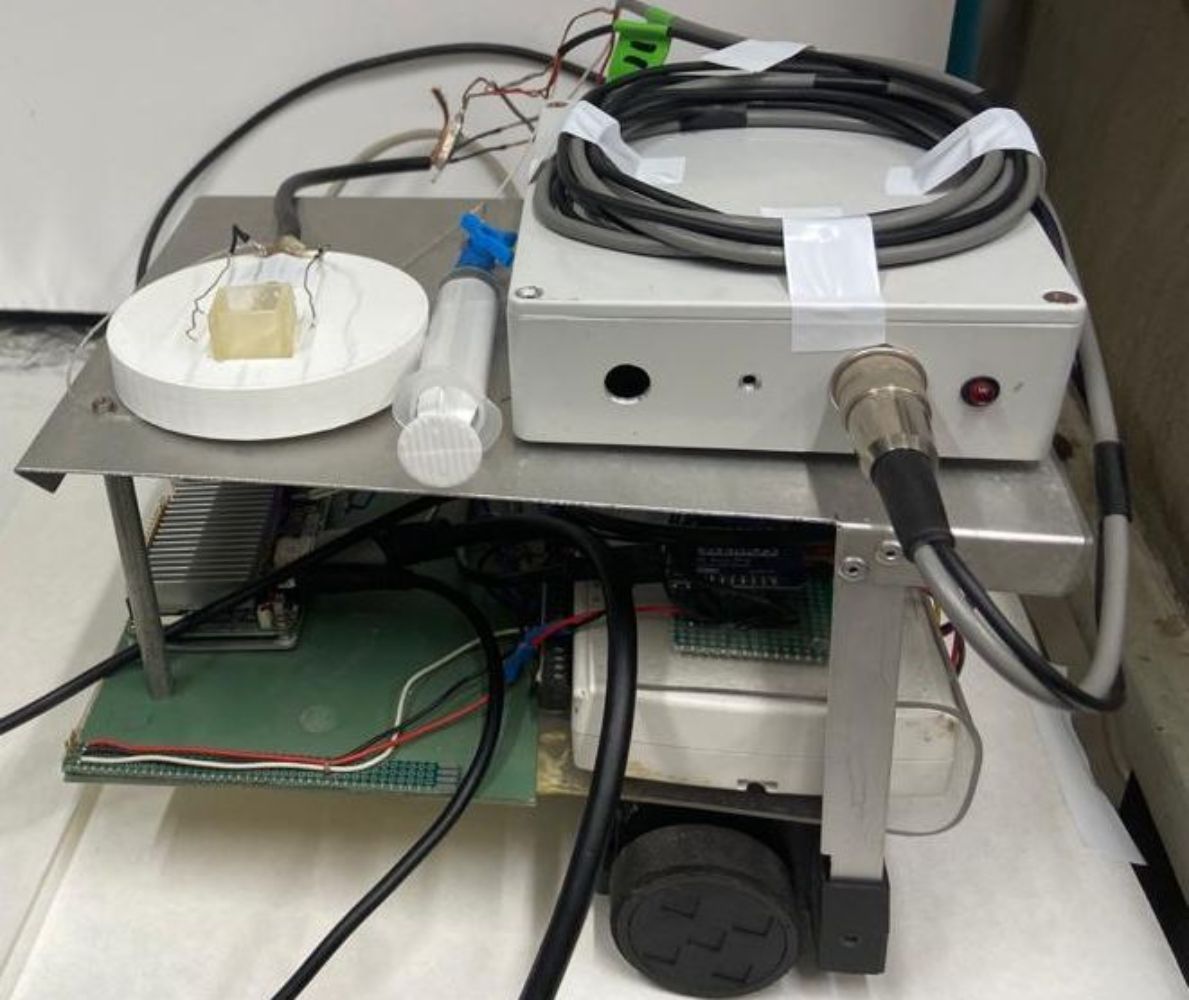 The robot bearing the locust ear can move backward and forward according to the number of claps it hears. Photo courtesy of Tel Aviv University

“We chose the sense of hearing, because it can be easily compared to existing technologies, in contrast to the sense of smell, for example, where the challenge is much greater,” explains TAU’s Ben M. Maoz.

“Our task was to replace the robot’s electronic microphone with a dead insect’s ear, use the ear’s ability to detect the electrical signals from the environment — in this case vibrations in the air — and, using a special chip, convert the insect input to that of the robot.”

The principle they demonstrated can be used and applied to other senses, such as smell, sight and touch, he adds.

“For example, some animals have amazing abilities to detect explosives or drugs; the creation of a robot with a biological nose could help us preserve human life and identify criminals in a way that is not possible today. Some animals know how to detect diseases. Others can sense earthquakes. The sky is the limit.”