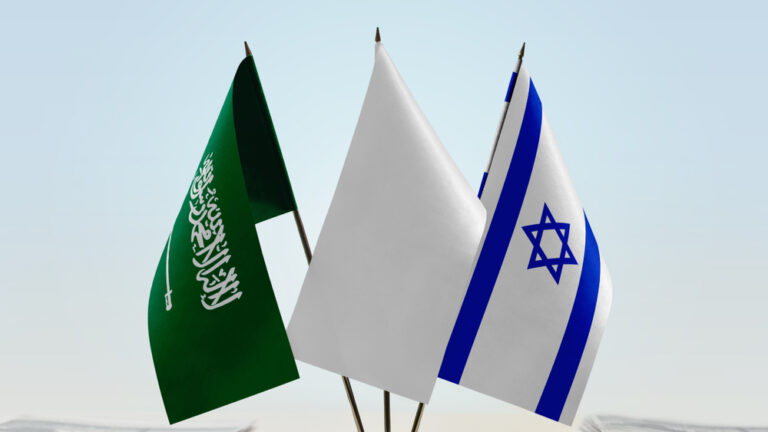 In what is being hailed as an “unprecedented” event, a senior Saudi Arabian researcher has had an article published in an Israeli journal– in Hebrew.

The essay aims to correct what its author, Prof. Mohammed Ibrahim Alghbban, head of Near Eastern Languages and Civilizations and Hebrew Studies at the Department of Modern Languages and Translation at King Saud University in Riyadh, calls “erroneous misperceptions about the origins of Islam” and “a distorted understanding of manuscripts” written by the Prophet Muhammad.

The source of the problems, Alghbban writes, is that Muhammad’s letters to Jewish tribes in the Arabian Peninsula were never translated into Hebrew.

In addition to his essay in the Israeli journal Kesher, published by the Shalom Rosenfeld Institute for Research of Jewish Media and Communication at Tel Aviv University, Alghbban has translated Muhammad’s letters into Hebrew.

The fact that Alghbban wrote in Hebrew is not as surprising as it might at first sound: He heads King Saud University’s undergraduate Hebrew studies program. Students in the program regularly read the works by Israeli writers such as Yosef Haim Brenner, Shmuel Yosef Agnon and Etgar Keret in the original Hebrew.

Still, this first-ever publication of a Saudi writer in an Israeli publication is a “step towards economic and political cooperation,” said Prof. Raanan Rein, head of the Rosenfeld Institute.

Saudi Arabia and Israel do not have formal diplomatic relations, although clandestine ties have increased in recent years between Jerusalem and Riyad as Israel has been seeking to strengthen ties with Gulf nations.

Earlier this year — before the Covid-19 pandemic — Israel began allowing citizens to visit Saudi Arabia for business, if they have an official invitation from the country, and for Muslim Israeli citizens to travel to Mecca to perform the hajj. (Israeli pilgrims previously had to travel on temporary Jordanian papers.)

Alghbban writes that Islam’s founder did not clash with Jews on religious grounds, rather only on politics.

“Accusing Islam and the Prophet Muhammad of hate speech and racism against Jewish tribes in Hejaz is erroneous,” he claims. “Muhammad treated equally all social groups in Al Madinah and in other places under his control, regardless of race and religion. The misrepresentations in the research are due to the fact that his letters were never translated into Hebrew.”

Alghbban forged a relationship with Prof. Gideon Kouts, the editor of Kesher, over the last decade at various academic conferences. Kouts visited Saudi Arabia in 2015.

You can read the full Hebrew-language paper, entitled “A Contribution to the Improvement of the Prophet Muhammad’s Image in the Eyes of the Israeli Public: Muhammad’s Alliances and Mail Exchanges with Jews from the Arabian Peninsula,” by clicking here.