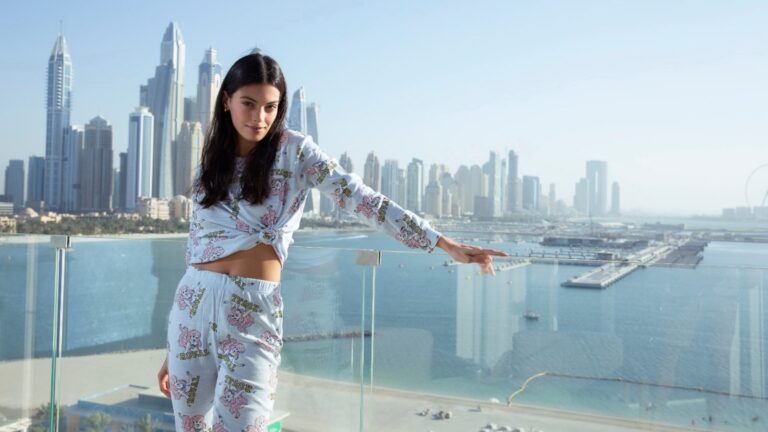 Israeli model May Tager against the Dubai skyline in a campaign for Fix underwear. Photo by Omri Rosengart

Lingerie brand Fix recently shot an ad campaign in Dubai, making it the first Israeli brand to do so since Israel and the United Arab Emirates established full diplomatic relations on August 13.

The campaign features Israeli model May Tager and Anastasia Bandarenka, an international model residing in the Emirates. They are clad in pajamas – rather than less modest underwear – against a backdrop of desert and the Dubai skyline.

The shoot took place at Dubai’s iconic “half desert road” and began at 5am at a temperature of 104°F. The production team included both Israelis and Emiratis. 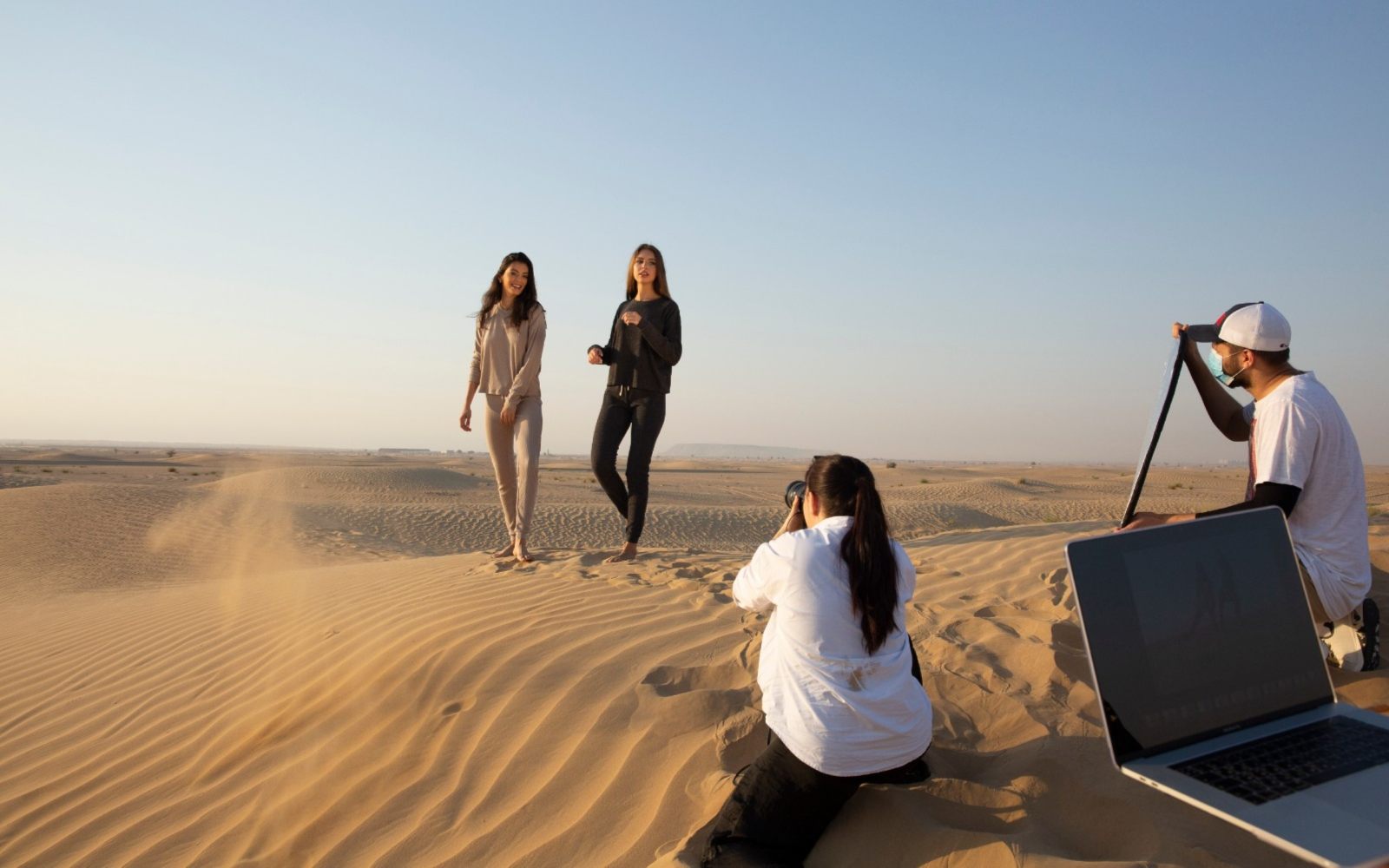 The Fix ad campaign was shot at Dubai’s half desert road, where temperatures soared to 104°F. Photo by Omri Rosengart

“I’m excited to be part of a historic move of such magnitude,” Tager said. “As part of my job I get to go and be photographed in many new and exotic places, but there’s no doubt that this is going to be one of the most fascinating trips at one of the most beautiful deserts in the world.” 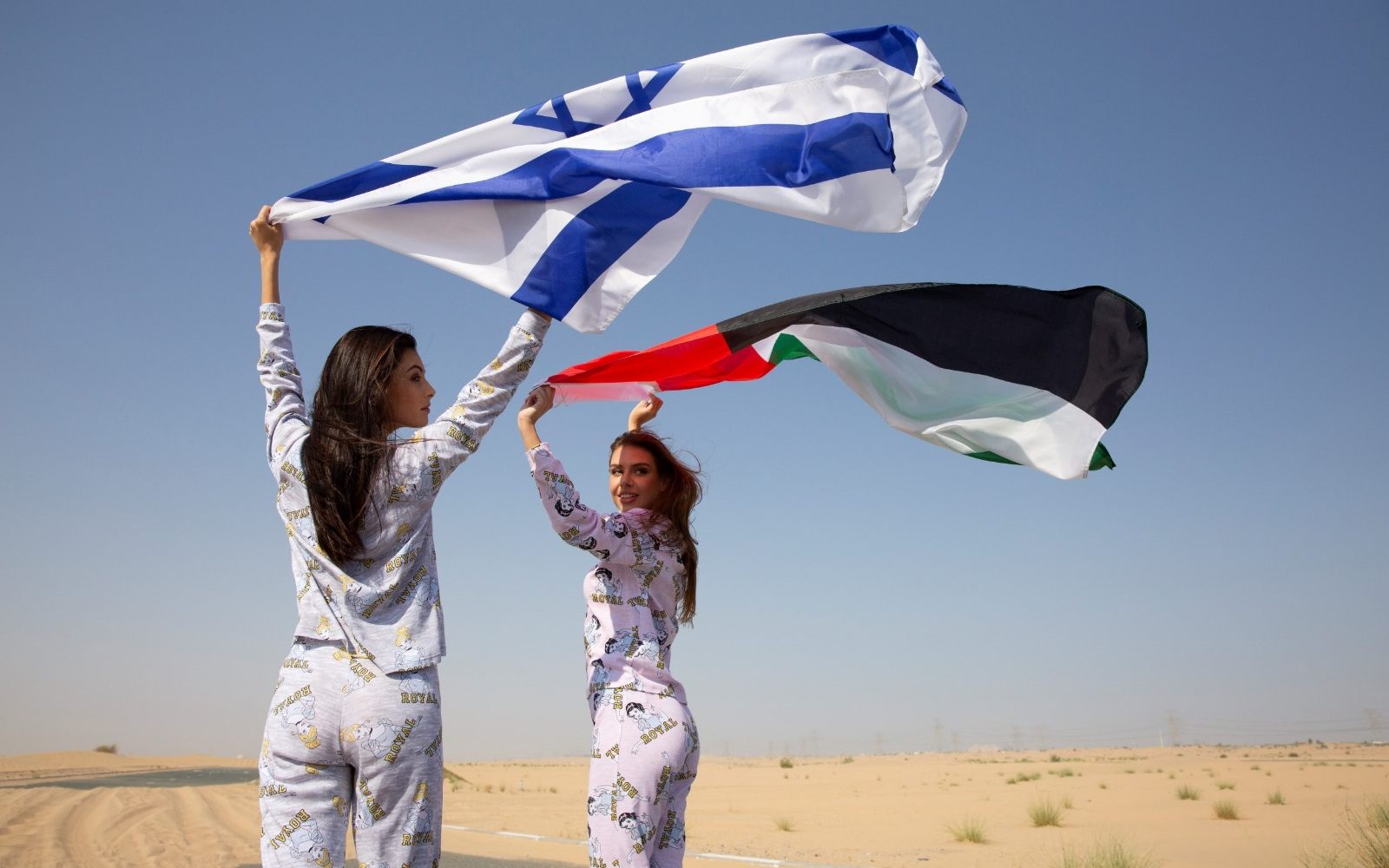 Israeli model May Tager holds up the Israeli flag alongside UAE resident and model Anastasia Bandarenka, who waved the Emirati flag. Photo by Omri Rosengart

“This is a dream come true,” added Fix’s marketing manager Chen Ben Ishay. “The moment we heard of the normalization agreement between Israel and the United Arab Emirates we wanted to be part of the vision. As well as shooting the Princesses Collection in Dubai, which couldn’t be more fitting, it was important to us to photograph our Israeli model May Tager alongside a model who’s a resident of the UAE, because the connection will continue through people and through joint work.”