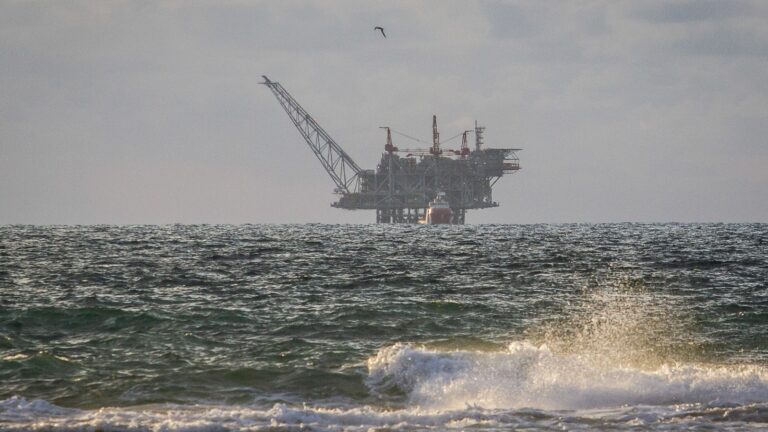 The gas comes mainly from Leviathan, one of two major natural gas fields discovered in Israel over the past decade. The exported gas can be used in the local market or re-exported from Egypt.

“For the first time in its history, Israel is becoming an energy exporter. This is the most important economic cooperation between Israel and Egypt since the 1979 peace agreement between the countries,” said Minister of National Infrastructure, Energy, and Water Resources Yuval Steinitz.

Israel also began exporting gas to Jordan and signed an historic agreement to run a gas pipeline from Israel to Europe via Cyprus and Greece.

“For all the years of its existence, Israel imported energy, and this has been overturned,” said Prime Minister Benjamin Netanyahu on January 5. “The significance of this project is that we are turning Israel into a major energy power.”

Israeli President Reuven Rivlin wrote to Egyptian President Abdel Fattah el-Sisi: “Today is a day to celebrate in the history of the relations between our two countries. As I write to you, natural gas has begun flowing from the Israeli Leviathan gas field to Egypt, linking our two countries and our two peoples. The flow of gas brings with it benefits to our economies and deepens the connection between Egypt and Israel after over 40 years of peaceful relations.”

Rivlin said he hopes the arrangement heralds increasing entrepreneurial cooperation between the two countries for everyone’s benefit. “By looking for ways to connect our peoples, we can ensure that the values of peace that our courageous leaders bequeathed us in the historic peace treaty become part of today’s relations between the next generations of Israelis and Egyptians.”

Last week, the energy ministers of Israel, Egypt, Italy, Greece, Cyprus, Jordan and the Palestinian Authority met in Cairo for the Middle East Gas Forum, a new framework for regional cooperation in the field of gas in the Eastern Mediterranean region.